Nostalgia is the enemy of history–except when it’s not

Nostalgia is the enemy of history–except when it’s not December 11, 2013 Arlene Sánchez-Walsh

There are those rare moments of confluence–when history, nostalgia and a child’s curiosity all conspire to ensure that my digging into my 80s musical treasures will be for not.

My daughter, a precocious 11-year old told me a few days ago she wants to know what the 80s were like? I ignore the obvious feeling that I am OLD, and gleefully prepare Spotify lists hoping she will listen. Making mixed-tapes, the prerogative of every angsty teen was a speciality of mine–I took to making my daughter one that not only would hopefully get her to appreciate the music of my youth, but more importantly get her to understand something about her mom, how I grew up, how I came of political age, why I became a historian who spends way too much time writing and traveling and finds that this little mixed-tape is a way to somehow get her to understand why I do what I do.

My daughter also told me that she loves history and that it is her favorite topic–a historian can really hear no sweeter words—well, except maybe “you’re hired,” but back to the tape. With these two pieces of information, her misplaced nostalgia (redundant?) and her desire to dig deeper into history, I am setting out to make a Spotify “mixed-tape” of 80s music that captures the following:

* my political awakening at the hands of some “tenured radicals” at Garfield High School–who pried my eyes open to the atrocities of U.S. involvement in Central America

*my confusion at how many of my fellow high school students, eschewing common sense and their own interests–became Reaganites, probably got rich, got hooked and bottomed out somewhere in the 1990s.

*putting the hours my dad spent with me at the kitchen table talking politics and history and music together with the albums he started buying me, the one that resonated most deeply was The Clash’s London Calling, and after that–every other album that illustrious band put out till their breakup–(I still commemorate the untimely death of Joe Strummer every December 22–nostalgia indeed).

*beneath the swirl of politics, music, and a good dose of teen-age indecision and immaturity–I read history–at first, military, then Central American, then U.S., then British–not ever contemplating that there was an actual profession that allowed you to read, write and communicate ideas about history–I became a communications major in college and was pretty intent on working in radio somewhere until that, like my teen-age angst, gave way to the sobering realities of young adulthood with nothing to do.

So, as a pre-Christmas, pre-end of the year issue where I will talk music, film, and books, lots of books….here are a few tracks I want my daughter to listen to as I sit her at the kitchen table and we talk music, politics, and history—about the CIA, Apartheid, El Salvador, the United Fruit Company, Nelson Mandela, U2, Midnight Oil, and Elvis Costello–and then we’ll start on the Christmas tamales.

November 27, 2013
Happy Thanksgiving! (Culture War) Is Over If You Want It
Next Post 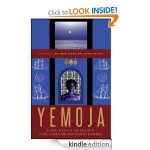 December 19, 2013 Libros Libros Libros
Recent Comments
0 | Leave a Comment
"The Church did not orchestrate the Massacre of St Bartholomew, but the pope ordered a ..."
John Clare The Curious Life and Death (?) ..."
"Your writings are mostly speculation.2 Corinthians 6:14 (KJV) 14 Be ye not unequally yoked together ..."
Joaquin Elias The (Un) Equally Yoked Marriage/Divorce of ..."
"http://www.c-span.org/video..."
EDDIE RAMIREZ What I Learned From Appearing on ..."
"Please do better research. The CHURCH did NOT orchestrate the St. Bartholomew's Day Massacre, not ..."
Philosophizer4Truth The Curious Life and Death (?) ..."
Browse Our Archives
get the latest from
Progressive Christian
Sign up for our newsletter
POPULAR AT PATHEOS Progressive Christian
1