The Confessions of Joyce Meyer

The Confessions of Joyce Meyer May 30, 2014 Arlene Sánchez-Walsh 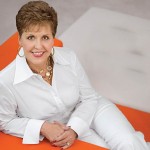 The Confessions of Joyce Meyer

So in order to finish this long awaited book, I have immersed myself in the study of Joyce Meyer, I like to call it the Method Acting version of history–reading her words, watching her on t.v., trying to imagine myself as her devotee or, as Meyer herself to see what it is about her that people, particularly evangelical/Pentecostal women find so enticing about her ministry?

Meyer, if you don’t know, has quite a testimony. As a young girl, she was subjected to sexual, psychological & verbal abuse by her father, that destroyed her self-esteem and sent her looking for approval from men with some pretty awful results. Her conversion and healing of this physical, psychological and emotional trauma is

is the source of her popularity, her plain-spoken, often brash personality also solidifies the public persona she has cultivated of a no nonsense evangelist. The problems of televangelists are legendary–and Meyer has not escaped criticism from people as varied as U.S. Senator Chuck Grassley and legions of fundamentalist Christians who find Meyer’s ministry particularly galling because she is a woman who preaches and teaches, and for them, the message and messenger are equally apostate.

Looking at her list of “Confessions” (see here: http://www.joycemeyer.org/articles/ea.aspx?article=list_of_confessions_by_joyce_meyer)  supports the idea that she is a very traditional evangelical woman who advocates traditional notions of gender & female submission mixed with some transpersonal psychology of self-esteem dropped in for good measure. Joyce likes herself and she wants you to like her too. But if you don’t, that is your fault. There are very similar dismissals of criticism from one of Joyce’s biggest fans, Joel Osteen, who, like his mentor, dismisses criticism of his ministry as negativity and a waste of his time. Meyer’s Confessions are largely faith statements, affirmations of health and prosperity, and a small portion of hope that her children marry Christian spouses & that they stay the course in terms of the gendered hierarchy of familial power and authority.

The Confessions are not exhaustive, but Meyer tries to cover most of the contemporary ailments of our rushed lives–Meyer is wise, she never gets tired, she weighs the correct weight (a feat indeed!), she answers all her speaking requests and does not allow any measure of negativity to enter in to her life. These are admirable, if unrealistic goals for many, but the magic here is Meyer’s confidence that confessing this list on a regular basis will manifest them into reality. It is this plausibility that with God all things are possible, which includes the maintaining of children in church, marrying them to other like-minded Christians, and presumably continuing this trend for generations that is part of her popularity. Especially since her first marriage ended badly, her early childhood was a traumatic tale of abuse, Meyer has come out of those experiences not as embittered or doubting God, but rather re-affirms what evangelical/Pentecostal women need/want to hear–that whatever problems they had or are having–staying within the framework of traditional marriage is the only option.

Supporting the extensive marriage industry and its varied ministries, conferences, parachurch networks, and most importantly, affirming the gendered hermeneutic of those select biblical passages that assert the privilege of men to head the household, of women to not be rebellious–that is what makes Joyce, at least in part, so popular. She’s a survivor who did not locate her misery and trouble within evangelicalism’s male dominant culture that often silences women’s abuse and pain in lieu of submitting to the hierarchy. Please see the recent controversies over campus sexual abuse at places like Patrick Henry College if you doubt that there is a problem. Joyce is a winner, a survivor, whose theological advice, if it is to affect the lives of Pentecostal women who are her base, hovers around the practical and uncomplicated as often as possible, and it makes her capable of overcoming the controversies surrounding her excessive wealth, a problem endemic to most televangelists, to the serious accusations a few years ago that her ministry was ensnared in the murderous actions of her head of security, Chris Coleman. Meyer’s ministry was the subject of a wrongful death law suit in 2012 based on the Coleman murders, the law suit was thrown out of court a year later. See here for some of the articles (http://www.stlmag.com/St-Louis-Magazine/August-2011/A-Family-Erased-The-Chris-Coleman-Story/ http://www.huffingtonpost.com/2011/04/07/evangelist-testifies-in-e_n_846360.html

Controversies that would normally doom most personalties, simply do not stick to Meyer–it is one of my tasks this summer to see if I can come up with a convincing and cleverly written reason for why Pentecostal personalities like Meyer are part of a long line of controversial spokespeople like Oral and Richard Roberts, Creflo Dollar, Paula White, and going back further to A.A. Allen, and of course, Sister Aimee–who are insulated from the harshness of losing their flocks perhaps because their flocks need them more than they care to admit. 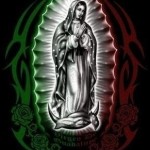 'But if it takes effort to...
slacktivist
Related posts from Re-Generaci?n

Progressive Christian
How to Keep Latinos/as in Church?
Re-Generación