Nothing New Under The (Pew) Sun

Nothing New Under The (Pew) Sun May 9, 2014 Arlene Sánchez-Walsh

A Few (Not So New) Things About the Pew Study: (and its a good study btw, its just not particularly new to us) here it is for your perusal: 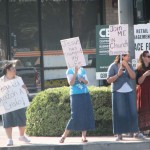 1. Latinos/as have been raised in and/or converting to various branches of Protestantism for over a hundred years, and that includes Pentecostalism.

2.  One cannot examine the conversion efforts of Protestants towards Latinos/as without confronting the anti-Catholic animus that often lies beneath those efforts, especially in Latin America

3.  The move towards Pentecostalism has to be examined more closely, to expect Latinos to convert to Pentecostalism and come out some version of white conservative Republicans is a often a desired effect of conversion, but rarely is that the outcome.

5.  You cannot talk about conversion efforts historically or today without talking about the desire of the Catholic Church & Protestant churches to assimilate Latinos/as into some Americanization scheme.

6. White Supremacy, Cultural Supremacy & the Equating of Christianity with Civilization are not outmoded ideas of a colonial past, they are residuals of a paternalism evident in all sectors of Latino/a Christianity

7. Missing here is any in-depth look at Latina evangelicals, who are the demographic most responsible for conversion efforts, but rarely if ever do they have centralized power in the church.

8. Latino/a “nones” have existed for centuries, the category is new, the reality is not. What is different are the reasons given for that choice & again one has to look at demographics for clues to where the trend toward none goes from here.

9. Latino/as are diverse (see no. 4)… mainline Protestants on the East Coast, Pentecostals in Texas, nones in California, all different ages, nationalities, generations…that kind of depth is rarely explored.

10.  The desire to claim triumph (as some of my evangelical colleagues are want to do) or worry endlessly about decline (as some of my Catholic colleague are want to do)  should be tempered by the fact that this is a historic pattern that is quite normal, hardly shocking, and part of the rhythms of religious affiliation and disaffiliation–nothing really new here—let’s move on. 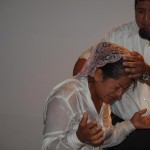 May 30, 2014 The Confessions of Joyce Meyer
Recent Comments
0 | Leave a Comment
"The Church did not orchestrate the Massacre of St Bartholomew, but the pope ordered a ..."
John Clare The Curious Life and Death (?) ..."
"Your writings are mostly speculation.2 Corinthians 6:14 (KJV) 14 Be ye not unequally yoked together ..."
Joaquin Elias The (Un) Equally Yoked Marriage/Divorce of ..."
"http://www.c-span.org/video..."
EDDIE RAMIREZ What I Learned From Appearing on ..."
"Please do better research. The CHURCH did NOT orchestrate the St. Bartholomew's Day Massacre, not ..."
Philosophizer4Truth The Curious Life and Death (?) ..."
Browse Our Archives
get the latest from
Progressive Christian
Sign up for our newsletter
POPULAR AT PATHEOS Progressive Christian
1

What is a Christian Response to...
FreedHearts
Related posts from Re-Generacion