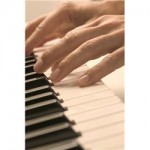 My main identity as a teenager was that of an accompanist. In church and at school I was called on to be the one who played the piano to support the Sunday night sing of the gathered youth group, the men’s ensemble or the visiting soloist. It was an important role because, before the days of guitar and recorded tracks, the piano accompanist was the person who established the basics for singing–the key, the rhythm, and the tenor of the song. I grew to love that role in which I supporter, augmented, and even brought color and timbre to the collective music of the congregation or choir.

These days I am invited to a different kind of accompaniment. The summer is unfolding with great tragedy and sadness–Israel and Palestine are aggressively on the attack, children from Latin America are warehoused close to our borders, and airplane full of researchers and healers among others was shot down over the Ukraine yesterday. And daily I am invited into stories of those who suffer–with disease, with broken hearts, with despair. In many cases I am nowhere close to them geographically, so can’t fall back on taking casseroles or driving them to the doctor. Yet I believe that each person has been called to my attention so that I can accompany them in some way through his or her valley of the shadow. I have been inspired by ecumenical accompaniers in Israel and Palestine and in Latin America who commit to being present to people in peril and in pain by offering protection and mediating friction for them by just being present, just showing up.

In a virtual world, widely spread out over the world, what does it mean for me to be an accompanier, one who walks and lives in love, one who shows up?

It begins with noticing, by being aware that someone is in pain. By virtue of being human, every person whom I encounter has struggles, and in intense times such as this summer is, some of the struggles are quite powerful and painful. To accompany such a person requires me to take note.

And then I need to remember. For pastors, teachers and those who work with large numbers of people, remembering each story can be challenging. I sometimes need to make written notes! There are the ones whose physical or emotional pain consumes and debilitates them, sometimes randomly, over long periods of time. The drama of Job comes to mind, as does the Psalmist, those whose diseases make them feel as if , having limited access to their former world, they have been dropped from anyone’s awareness. Even Paul becomes plaintive when he thinks that all whom he has known and loved have forgotten him! To accompany someone in pain is to remember them and their particularity, their gifts, and their way of being special on the world. I walk with another when I remember her.

I do this chiefly in prayer–prayers for healing, for wholeness, for blessing, for Light, for friendship, for imagination and creativity, for protection. This is a way of accompaniment I can do anywhere, any time, in all places and in many ways. I can walk the labyrinth, the neighborhood. I can light a candle–both in actuality and virtually on gratefulness.org. I can bless or plead; I can give words to my requests of their behalf or hold them to the Light. There are many ways to allow compassion to lift beloved ones to the Presence of the Holy.

I have also been imagining ways off accompanying that will allow the ones in pain to sing, just the way I used to help people sing when I played the piano as my calling. What will make their hearts sing? what will bring comfort? what will make them laugh? what thread or stream will take them to a source of comfort or healing? The Spirit sparks imagination, sometimes daily, with prompts and light bulbs going off.

As I accompany the world that God made, in so much pain, and people who suffer mightily, I pray for energy, intelligence, imagination and love to accompany the ones I am with in body or spirit. 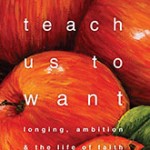 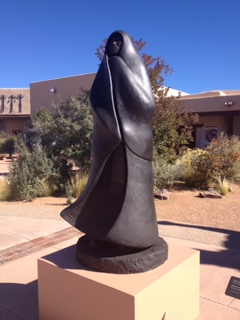 At The End Of The Day, Love Must...
Christians will spend their lives worshipping Jesus, talking about Jesus, praising Jesus,...
view all Progressive Christian blogs
Copyright 2008-2021, Patheos. All rights reserved.