In 1966, as an American prisoner of war in North Vietnam, Naval Officer Jeremiah Denton was forced to give a televised interview. During the interview, he stated that he was being provided “adequate food, adequate clothes, and medical care when I require it.” However, while saying the words his captors expected of him, he was also communicating something else with his body. Through a series of blinking with his eyes, he spelled out the word “torture” in Morse Code. This was the first confirmation to the U.S. Office of Naval Intelligence that American prisoners were being tortured in North Vietnam prisons. Because Denton shared this common language with Naval Intelligence, he was able to communicate one thing to them, while speaking words that would seem benign to his captors.

In the story recounted in Matthew 22:15–22, Jesus speaks the well-known phrase, “Give to Caesar what belongs to Caesar, and give to God what belongs to God” (v. 21, NLT). Most Christians take Jesus’s words here fairly straightforwardly to suggest that we have dual allegiances, one two Caesar and one to God. The goal of the faithful citizen, then, is to determine what we owe to which and then to act accordingly. Yes, there may be those rare occasions when our dual allegiances collide, and in those cases, we must of course choose God over Caesar. But, in general, serving Caesar and serving God are basically compatible.

The problem with this understanding of Jesus’s saying is that it neglects the context of the story. We’re told that Jesus gives this reply in response to a trap set for him by some Pharisees and Herodians. His answer so amazes his questioners that they leave him be for the time being. So to understand what Jesus is saying, we first have to understand what the trap is and how Jesus’s words get him out of it.

Mennonite New Testament scholar Willard Swartley, a friend of mine who passed away last November, describes the trap well:

The tax issue in first-century Palestine was explosive. The Zealots, revolutionaries against Rome, refused payment; the Sadducees, and certainly the Herodians, who collaborated with Rome, paid taxes in good conscience; the Pharisees, having internalized and legalized their piety, paid, but with anguish. . . . It is safe to say that the Pharisees and Herodians considered Jesus to be “on the other side of the issue.” They held him to be a tax refuser (see Luke 23:2). The trap was set. For Jesus to say no to the payment of taxes would have publicly exposed him as an insurrectionist, giving the Romans an excuse to rid the land of him. By saying, “Yes, pay taxes,” Jesus would have settled with the same compromise as that of the Herodians and Pharisees, an unlikely position for Jesus. (Mark, 172–73)

Swartley notes that one of the charges brought against Jesus at his trial before Pilate was precisely that he taught others to refuse to pay taxes to Caesar. As the Gospel of Luke describes, “The entire council took Jesus to Pilate, the Roman governor. They began to state their case: ‘This man has been leading our people astray by telling them not to pay their taxes to the Roman government and by claiming he is the Messiah, a king’” (Luke 23:1–2).

So in this story, the Pharisees and Sadducees are trying to get Jesus to come straight out and say not to pay taxes to Rome so that they can report him for insurrection. The reason we miss this is because we think of Jesus as basically a white evangelical megachurch pastor on a grand speaking tour. We fail to recognize that Jesus has more in common with a prisoner of war than he does with a megachurch pastor. His homeland and his people are under the occupation of a foreign empire. As someone who claims to be the messiah, or liberator, of his people, he is under close surveillance of his occupiers.  Anything he says or does can be used against him in the court of law.

The Pharisees and Herodians know this because as fellow Jews, they too are subject to the same occupation. They have each made their peace with the best they could. The Pharisees get along by staying out of the way of their Roman occupiers and focusing on worship and adherence to the Torah. The Herodians get along by cozying up to their Roman occupiers and, in so doing, gaining political power. Jesus’s message of the inbreaking of the Kingdom of God disrupts both of these attempted compromises, which makes Jesus a threat. And what better way to eliminate a threat than to trap him into saying something self-incriminating.

But Jesus knows what they’re up to, and so he turns the tables. Here’s how Stanley Hauerwas describes what happens next:

Jesus requests the coin, minted to pay the tax, to be given to him. He does not possess the coin. He does not carry the coin, quite possibly because the coin carries the image of Caesar. Jesus’s question is meant to remind those who carry the coin of the second commandment: “You shall not make for yourself an idol, whether in the form of anything that is in heaven above, or that is on the earth beneath, or that is in the water under the earth. You shall not bow down to them or worship them” (Exod. 20:4–5). Jesus’s answer that the things of God are to be given to God and not to the emperor is a reminder to those who produced the coin that the very possession of the coin makes them idolaters. Jesus is not recommending in his response to the Pharisees that we learn to live with divided loyalties, but rather is saying that all the idolatrous coins should be sent back to Caesar, where they belong. Just as Jesus knows no distinction between politics and religion, neither does he know any distinction between politics, economics, and the worship of God. Those who have asked him whether they should pay taxes to the emperor are revealed to be the emperor’s faithful servants by the money they possess. “No one can serve two masters; for a slave will either hate the one and love the other, or be devoted to the one and despise the other. You cannot serve God and wealth” (Matt. 6:24)—nor can you serve God and the emperor. (Matthew, 190–91)

In short, Jesus gets out of the trap much the way Jeremiah Denton communicated his distress to the U.S. Navy. He uses language, body language and words, that will be understood differently by those who share his common language than by those who don’t.

In the case of Jesus, the Romans don’t share the Jewish language, Scriptures, and theology that Jesus shares with the Pharisees and Herodians. So when he says to “Give to Caesar what belongs to Caesar, and give to God what belongs to God,” that sounds pretty good to Rome. They assume that he’s relegating religion to the private sphere, while advising public allegiance to Rome.

But Jesus’s Jewish hearers would understand an entirely different message. They know from the Torah that they are not to make any idols or graven images, whether golden calves or silver coins. They know from the Psalms that “the earth is the Lord’s, and everything in it; the world and all its people belong to the Lord” (Psalm 24:1). They know from Jesus’s own teaching from his Sermon on the Mount that “no one can serve two masters, for you will hate one and love the other; you will be devoted to one and despise the other; you cannot serve God and be enslaved to money” (Matt. 6:24). So when they hear Jesus’s response, they realize both that he has gotten out of their trap by not saying anything that will incriminate him with Rome and that he has turned the trap back on them by exposing how they have already divided their allegiances by using Caesar’s currency.

Many Christians read Jesus’s saying here as though they were Romans who don’t share a common language with Jesus. They think he’s counseling dual allegiances because they fail to recall from the Hebrew Scriptures that all we have belongs to God. But, as we seek to be faithful citizens in our own time and place, we must recognize that we’re more like the Pharisees and Herodians in this story. Like the Pharisees and Herodians, we too are already enmeshed in the economics of empire. Instead of an image of Caesar, we have our Washingtons, Jeffersons, Lincolns, Hamiltons, Jacksons, and Franklins. But even more than the literal images on our currency is what our currency represents: that we already participate in the system of empire, whether we like it or not.

Jesus turns the mirror on us, just as he does for the Pharisees and Herodians. In so doing, he asks us to consider: If we owe our undivided allegiance to God, how to we live as faithful citizens of God’s kingdom when we’re already implicated in the kingdoms of the world?

There is no easy answer here. We cannot simply line up two columns and make a checklist of things to give Caesar and things to give God. Our task is to discern together how to be faithful citizens in the culture and society in which we reside. This discernment will take us beyond simply lining up Bible verses that talk about politics.

In the words of the apostle Paul to the church in Rome, it will require that we offer our bodies to God because of all God has done for us, letting them be a living and holy sacrifice. It will require that we don’t copy the behavior and customs of this world, but let God transform us into a new people by changing the way we think. Only then will we learn to know God’s will for us, that which is good and pleasing and perfect. (Romans 12:1–2)

October 23, 2020 "Love your neighbor" > "Submit to authorities" (Matthew 22:34–46; Romans 12:9–13:10)
Recent Comments
0 | Leave a Comment
"We fail to recognize that Jesus has more in common with a prisoner of war ..."
Hal Bush “Give to Caesar what belongs to ..."
"Beautifully written and so interesting to read. Great work highlighting a lesser known but one ..."
disqus_qsLgX3hy8D Church Broker’s Son—a tribute to my ..."
"thank you for this post . . . . . even Our Lord had no ..."
Christiane Smith “All in this together”? Policing and ..."
"What is definition of 'evangelists' 'evangelicals'? a denomination of Protestantism? e.g. Baptists - do they ..."
ounbbl Does ‘Anabaptist Revisions’ Belong on the ..."
Browse Our Archives
get the latest from
Anabaptist Revisions
Sign up for our newsletter
POPULAR AT PATHEOS Evangelical
1 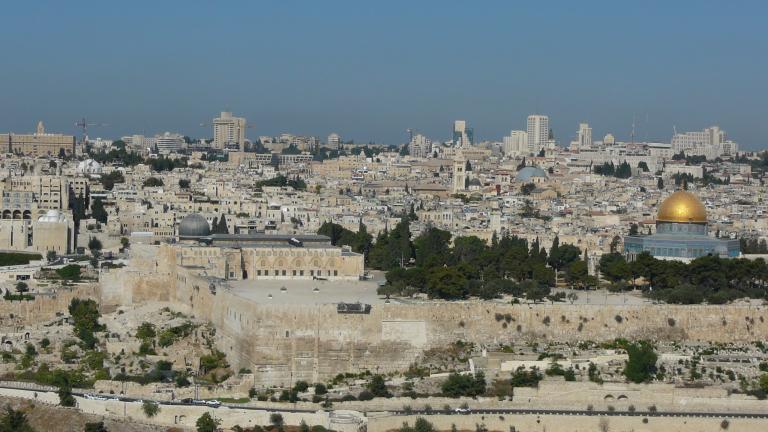 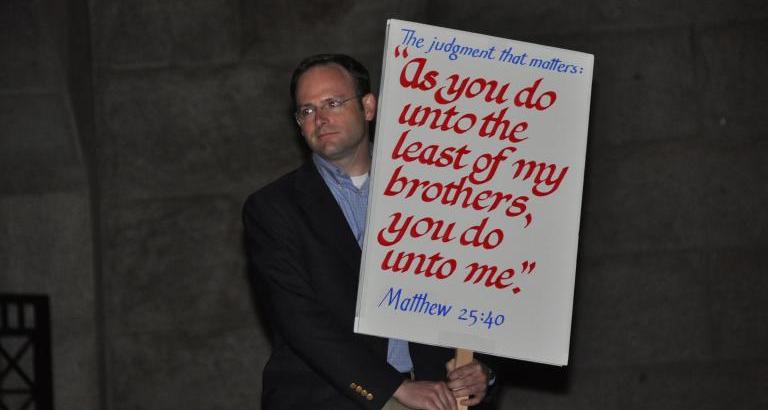 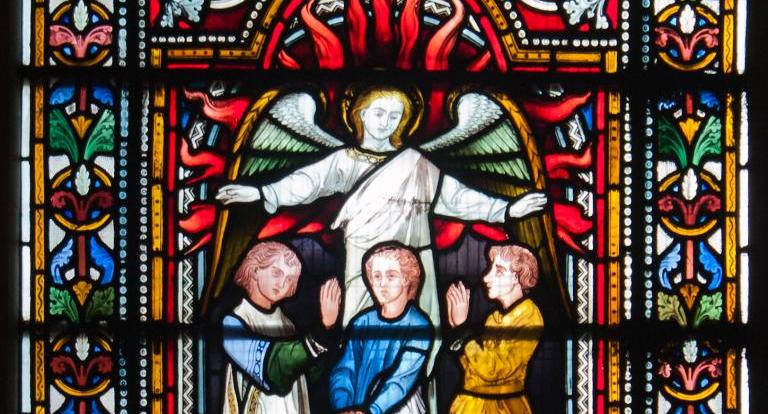 What Did the Cross Accomplish?--- Wright, Gathercole, and...
This slender volume records the dialogue and Q and A that took...
view all Evangelical blogs
What Are Your Thoughts?leave a comment
Copyright 2008-2021, Patheos. All rights reserved.
error: Content is protected !!