Israel, Mourning, and Longing for Justice

Today, Boston Review shared a talk delivered by the philosopher Martha Nussbaum in 2008 when she became a bat mitzvah. The full talk, titled “The Mourner’s Hope: Grief and the foundations of justice” can be found here

Nussbaums talk very much resonated with me, particularly given some of the questions I had raised yesterday.

We appear, then, to be moving in two very different worlds: the inner world of the longing heart, of suffering that needs the consolation of an embrace; and the world of universal justice, imposing demands on all of us, whether we feel like listening or not. How could the worlds of these two texts possibly be brought together? Two hints help us go further.

First, both texts refer repeatedly to the voice, and to listening. Moses speaks to all the people, saying, “Hear, o

Israel,” Sh’ma Yisrael, and he then proclaims the ensuing words as b’oznechem, “into your ears,” a strongly physical depiction of the way in which the voice literally enters the body. The haftarah text is also filled with references to the voice. A voice calls out, and then another voice calls out. The female messenger of joy to Zion is herself imagined primarily as a voice whose message needs to be received by the grieving city. So both texts emphasize the need to be receptive to messages that come from outside oneself, but that then literally, physically, enter into the self through the ears, transforming it. (We may hear in this metaphor a reference to the way in which music can both affect our deepest personal emotions, and at the same time call us to truths outside of ourselves; but that is getting ahead of my argument.)

Second, both texts, more closely inspected, contain a strong element of moral universalism. As Maimonides maintained, the laws, said to all the living, are portrayed not as mere accidents of history, but as laws of reason for all. And this section of Isaiahis one of the most markedly universalist in the prophetic books. In his great commentary on the haftarot, Michael Fishbane argues convincingly that Isaiah 40-66 is not sectarian, but inclusive of all people, including foreigners. Its dominant insight is that ethical action, which is binding on all alike, is the primary feature of the covenant, and pride, the sin that cuts off one person or group from the whole, is the main sin confronted by it. The overall vision is one in which only the abandonment of pride in a dedication to social justice will bring a world of peace. Fishbane concludes, “a universalist tone thus triumphs in Isaiah 40-66 over all theological and national divisions.” Indeed, he argues, the idea of mourning and the idea of achieving justice are connected in the way in which the section, as a whole, characterizes Israel: Israel is moral, pursuing justice, and Israel is also “brokenhearted” and a “mourner,” longing for the restoration of the just order of the world. Even her mourning, then, her longing for consolation, is aimed at universal justice. 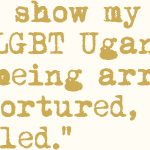