What is Religious Freedom? A Brief Response

The Church of Jesus Christ of Latter-day Saints announced yesterday that it was initiating an effort to promote the freedom of religion.

1. I found it interesting that the video provided two arguments or philosophical foundations for the freedom of religion. The first was the natural rights argument (John Locke). Freedom of religion is a “birth-right” that every person should enjoy. The second was a very Utilitarian argument (Jeremy Bentham). People are better off in terms of quality of life when they have freedom of religion. Now, I think this likely true but I am not sure if the quality of life is a result of the freedom of religion or because it is a concept which merely happens to be more prominent in the richer parts of the world. Either way, I enjoyed seeing both arguments present (though I do not think either one is a particularly sound theoretically).

2. I really like the video. It is very well done. I applaud any video that does not include overly long clips from General Conference talks. The one clip from a speech by a Church leader was brief and just included the audio clip.

3. The video emphasizes the need to respect everyones religion. In doing so, it refers to one of my favorite Articles of Faith: #11. “We claim the privilege of worshiping Almighty God according to the dictates of our own conscience, and allow all men the same privilege, let them worship how, where, or what they may.” I agree fully with this. The video says that the freedom of religion should be valued by both religious believers and non-believers. I would add that we should also value the freedom to not be religious.

This last point is where the videos loses me.

How exactly is the freedom of religion being eroded in the United States? This may be pointing to gay marriage debates…but I am still not sure how that infringes on the freedom of religion. It might be referring to mandated birth control. Is the LDS Church opposed to this? Or is this just a shut out to Catholic allies on other social issues? Either way, it is a stretch to view such measures as infringing upon the freedom of religion, particularly given the governments willingness to accommodate religious institutions.

Religious voices against gay marriage lost the issue on legal grounds after first winning it in ballot initiatives. Still not seeing how this marks an erosion of the freedom of religion. Religious groups where able to mobilize and advocate. They submit briefs to the United States Supreme Court. They may not be winning the issue…but again…I am not seeing how it is a freedom of religion issue.

Indeed, we might be seeing a decrease in the influence of traditional religious voices in the public square but this in no way equates to religion being run from the religious square. Look at the attention Pope Francis is receiving on a range of issues. I admit, this might be because he is making gestures that the media and liberals (like me) agree with and appreciate. However, he is still making them on religious grounds and being celebrated for it. He is being welcomed to the public square. Heck, St. Peter’s Square seems to be in public square quite a bit lately.

I think that too many people are equating an overall decline in religiosity with a decline in religious freedom. From Robert Griffin III to Pope Francis to Roma Downey to Tim Tebow religious voices are still prominent in our culture, both in the public square and in popular culture. Maybe the change is not in the nature of the pubic square, but the nature of religion in contemporary society.

I am glad the LDS Church, my church, is addressing this issue. Freedom of religion is indeed very important. Of course, I am mostly excited because this means I will have even more reason to discuss John Rawls and Jurgen Habermas in the context of present day religion and politics.

Let us discuss religion and the public square. It is what I do. Shall we chat? 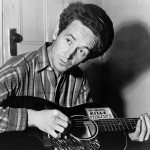 September 11, 2013
This Song Should Be The American National Anthem (Hymns of Social Justice)
Next Post