as Christmas 1981. I was in 3rd grade and I loved Star Wars.  That year all of the 3rd grade classes at the Maeser Elementary school came together to sing a Christmas concert.  Each student was given a mimeographed booklet with the words to all of the songs in it so that we could read and memorize them (if you do not know what a mimeograph is ask some one who was born in the early 70’s or before).  One of the songs immediately become my favorite Christmas song – “What Do You Get a Wookie For Christmas (When He All Ready Owns a Comb)?” When we gave our performance, slides (ask your grandparents) related to the song we were singing were projected onto a screen behind us.    For “What Do You Get a Wookie For Christmas” one of our teachers dressed up in a wookie costume and I was selected to be one of two or three students to be in a close up with her. I was in little kid Star Wars geek heaven.

I BEGGED my parents to find and buy me a record (ask your parents what that is) with the song on it.  They soon found out that it came from an album called “Christmas in the Stars”. It had come out the previous year in a very limited run and was no longer available.  In a pre-internet, pre-ebay, pre-mp3 world, my chances to own the song were completely dashed.  For years I clung onto that mimeographed sheet of lyrics as it was my only connection to the song.  Many years passed and most people did not believe me when I told them the song existed.

Thanks to YouTube I rediscovered the song several years ago and shared it with my kids.  It is now a family favorite.  We love it, despite its major corniness, because 1) It IS a Star Wars song, and 2) IT has a wonderful Social Justice message.

The song is sung by droids who have a “scarf for Skywalker”, “perfume for the Princess,” and even ear-muffs for Han Solo.  BUT what do you get a Wookie for Christmas, when you all ready gave him a comb last year?  They don’t wear clothes, they will never need galoshes, a hat, a tie clip, or shaving foam.  The cheesy but heartwarming answer reminds me every year what Christmas is really about. 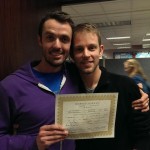 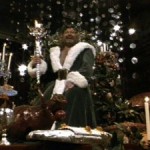 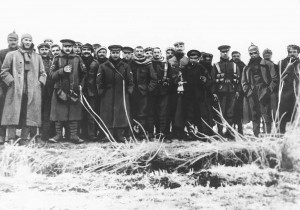