Are the Sister Wives Mormon?

While they are not “mainstream” Mormons, as the Brown family refers to members of the Church of Jesus Christ of Christ of Latter-day Saints based in Salt Lake City, they are very much Mormon.

The thing that has intrigued me about the Brown family as I have observed them over the years is how mainstream Mormons react to them. The Browns, and other polygamists, make mainstream Mormons uncomfortable. This is partially because most Mormons want to get away from polygamy. They do not like it when people ask if they are involved with it.

“How many wives do you have?” is a question that frustrates Mormons. We (mainstream Mormons) have not practiced it for a century. Stop asking us about it! Actually, I do not mind if you ask.

Contemporary polygamy reminds us of an aspect of Mormon history that we are perplexed by and…well…feel icky about. After all, the arrangement that Kody, Meri, Christine, Janelle, and Robyn have in a cul-de-sac in the northwest corner of the Las Vegas valley is not all that different than the arrangement that Brigham Young has with his wives in the heart of Salt Lake City in the late 19th century.

Okay, Brigham Young had a lot more wives than Kody Brown does. 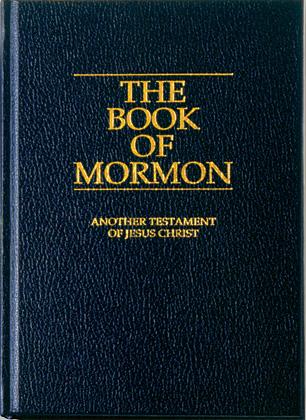 But they are still Mormon. They use Mormon scriptures, including the Book of Mormon, Christine said.

They share with mainstream Mormonism values about things like modest dress and dating, Robyn added. Chastity and modesty is something that Robyn, in particular, has emphasized on the show. Her approach has often sounded like she was presenting as an LDS standards night (a yearly meeting held in mainstream Mormon congregations which drives home Church standards about chastity, dating, and modesty).

Of course, when Christine, Meri, and Janelle tasted the beer while visiting San Francisco in the January 19 episode, I could relate to Robyn who did not take a sip while also looking very uncomfortable. After all, few things are more Mormon than feeling uncomfortable in the presence of beer. Even as a rather unorthodox Mormon myself, I have never had a drop of alcohol.

On a recent episode which aired on January 5, the Browns were visited by Brett and Brett’s family. Kody and Brett served as missionary companions back when they where both full-time missionary for the Church of Jesus Christ of Latter-day Saints. Yes, the mainstream Mormon Church.

Polygamy came into play for both Kody and Brett while young missionaries. For Kody, his father took a second wife and his family left the mainstream Mormon church while he was on his mission. For Brett, it was while on his mission that he first seriously became aware of the early practice of Mormon polygamy.

Brett shared on the episode that polygamy was among a number of issues about Mormonism that he discovered while on his mission. These issues, he tells us, led him to leave Mormonism and organized religion all together.

Kody took a different direction. While he followed his family out of mainstream Mormonism and into fundamentalist Mormonism, he still revered Joseph Smith and believed in the Book of Mormon. While Brett and Kody have remained closed friends, Kody mentioned on the episode that the two did not converse for a time after an intense conversation between the two about Joseph Smith.

I talked with the Browns prior to watching that episode, but I mentioned to Janelle, Meri, Kristine, Robyn, and Kody at the time, that one was much more likely to here them mention Joseph Smith during their television appearances than say…somebody like Mitt Romney.

Why are mainstream Mormons uncomfortable with the Browns referring to themselves as Mormons?

“They want the validation that comes from being the only true religion,” Kody told me. He quickly regretted saying it, after all he is hoping for a widespread audience, and told me he should not have said it in such strong terms.

However, Kody was on to something. Variations on Mormonism cause complications for exclusive claims to truth and authority. And Kody was recognizing, accurately, that this is a matter of power and control.

Last fall, we had an interfaith roundtable here at Patheos on the question “Are Mormons Christians?” Feminist theologian and religious studies professor Caryn Riswold asked, in her response, “Who gets to decide who’s Christian and who’s not? Who stands to benefit if Mormons are excluded?”

This can easily be restated in the following way: “Who gets to decide who’s Mormon and who’s not? Who stands to benefit it polygamists are excluded?”

The Church of Jesus Christ of Latter-day Saints and, more generally, mainstream Mormonism is very image conscious. Look at the “I am a Mormon” advertising campaign which seeks to portray Mormons as diverse, modern, and hip. Also, the public relations machine of the LDS Church is an amazingly well executed operations…and not by accident.

Mainstream Mormonism is regularly making a case for how Mormonism is defined, whether it wants to or not. I think this is part of why the presidential campaign of Mitt Romney matter so much to many Mormons. However, it does not get exclusive power to define who is not a Mormon. The LDS Church does have the power to define who is not a member of the church and that is a powerful cultural power, but it is not absolute.

Of course, even mainstream Mormonism and the LDS Church seem to have a difficult time deciding whether it wants to embraced the term “Mormon.” I think the “I am a Mormon” campaign is the most we have ever celebrated the term.

Mormon theologian and scholar of early Christianity Taylor Petrey also contributed to the above mention roundtable on “Are Mormons Christain?”

Here is his concluding paragraph:

If our definitions are always provisional, historically situated, and subject to change, what considerations should we make in determining the boundaries of Christianity? One consideration must be the ethical. As countless scholars have pointed out, the process of drawing boundaries can be fraught ethically. Is it just to exclude a group who claim the title of Christians? In answering this question it is useful to consider how defining some people as “outsiders,” as lacking a claim to some standard of authenticity, is the fundamental ideology behind so many of the ugly prejudices in this world. The Christianity police are often guilty of police brutality more than protection of their constituents. Defining Mormonism out of Christianity sets, and follows, a troubling precedent.

To exclude a group which believes in the Book of Mormon as scripture and which reveres both Joseph Smith and Brigham Young as prophets of God from Mormonism says more about the group trying to exclude them than it does the polygamists. As Petrey argues about Mormons and Christianity, excluding polygamists from the construct of Mormonism is an example of identity police brutality which sets a troubling precedent.

The recent entry on the LDS Church website about the practice of polygamy in early Utah shows a greater willingness by the Church of Jesus Christ of Latter-day Saints itself to more fully acknowledge and recognize the polygamous roots of mainstream Mormonism.

As mainstream Mormonism becomes more comfortable with its place in the world, I hope it can more easily view our cousins that still practice polygamy as family rather than foes. They are part of the Mormon family and treating them as heretics is not very mature, let alone ethical. I think the same applies to the Community of Christ and other restoration churches with roots in the movement started by Joseph Smith.

While mainstream Mormonism will always be the largest cultural force when it comes to defining and expressing Mormonism, there is room for the entire family.

“Are you LDS or are you messing with us?” Kody asked me.

I am LDS and the offer still stands.

NOTE: Be sure to check out my earlier article on the Sister Wives and how they are changing the public perception of Mormon polygamy. Also, check out my interview with one of their attorneys about their court victory and my other posts about polygamy.

January 23, 2014 Will You be Watching Mitt?
Recent Comments
0 | Leave a Comment
Browse Our Archives
get the latest from
Latter-day Saint
Sign up for our newsletter
Related posts from Approaching Justice