The Lonely Marriage: How to Identify It and Combat It

The Lonely Marriage: How to Identify It and Combat It October 29, 2017 Ashley Willis 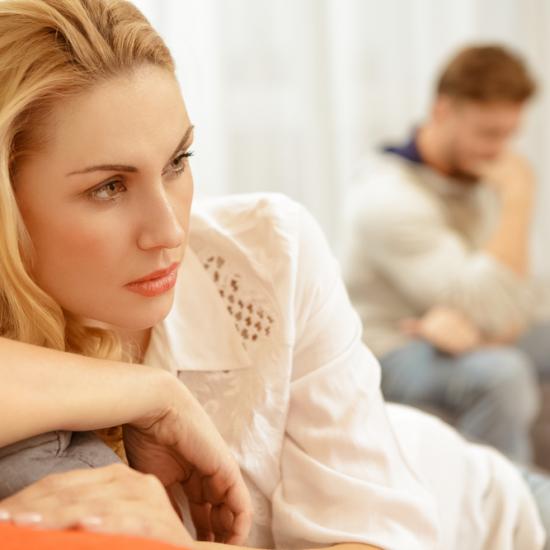 We live in a society that applauds independence and the notion of achieving success all by ourselves. We are often groomed to do whatever it takes to protect ourselves because “no one else will”. Being independent and self-sufficient is certainly not a bad thing in and of itself, but it can lead to a lonely existence when we pursue it above all else (and many times we do). In a world where half of marriages end in divorce, we are taught to have one foot in the door and one foot out the door just to be ready in case our marriage fails. Some even have prenups, secret bank accounts, or money stashes in preparation for the day they may decide to divorce their spouse. What is the common denominator in all of these things?

It is the belief that we don’t NEED each other…that we can and should live our lives as if we were never married. It is a BIG LIE that sends husbands and wives into a lonely marital existence for years, and some even decide to call it quits.

So, what does a lonely marriage look like? It is two married people living very disconnected lives. Each spouse is highly engaged in his or her work during the day and doesn’t choose to involve his or her spouse in the workplace functions. There are no sweet texts or phone calls to connect with each other during the day. When they get home at night, both spouses are hyper-focused on the kids and all of their needs.

All conversation seems to center around what has been done or what needs to be done to take care of the kids, home, and finances. Both the husband and wife are much more concerned with setting up “Girls Night Out” or “Night Out with the Guys” as opposed to a date night. They rarely have sex, and when they do, there is a lack of connection. They both seem to be civil with each other, especially in public places, but there is frustration in the undercurrent of all of their communication.

They both feel stifled by the other and even resent most of what their spouse does. The husband and wife try to find reasons to not spend time together because the time they spend together is the loneliest and most exhausting part of their day. Both have completely lost sight of what brought them together in the first place. Somewhere along the way they lost their togetherness in an effort to pursue their independence. After all, they have each been doing their “own thing” and handling it all just fine, so they don’t really NEED each other, do they?

If this scenario described your marriage, please know that it doesn’t have to be this way. You CAN have the close, intimate marriage that you so desire.

So, if we are in a lonely marriage, what steps can we take to turn it around?

Click CONTINUE to find out 4 ways to combat this lie!

October 29, 2017
When TRUST Has Been Broken in Your Marriage
Next Post 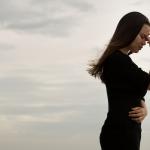 November 1, 2017 When Life Feels Hopeless, Remember these 5 Simple, Yet LIFE-CHANGING Words
Recent Comments
0 | Leave a Comment
"You cannot love God and be chained to a bank account."No one can serve two ..."
james warren Should a Husband and Wife Have ..."
"Recently divorced just short of 40 years of marriage. I’m still in shock. His dreams ..."
GaMomof5 Out of the Dust: One Couple’s ..."
"Interesting read ! If you are in abroad and want to Send birthday gifts to ..."
emil katie The Newest Trend in Kids Birthday ..."
"I agree that we men need to be sensitive about what we say about our ..."
Dale Bost Husbands: Please STOP Doing THIS to ..."
Browse Our Archives
get the latest from
Family
Sign up for our newsletter
Books by This Author Books by Ashley Willis 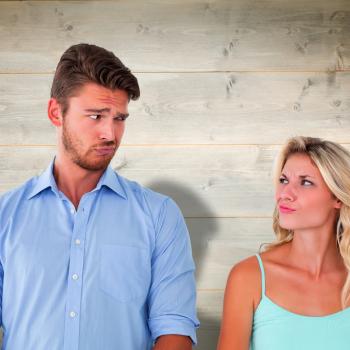 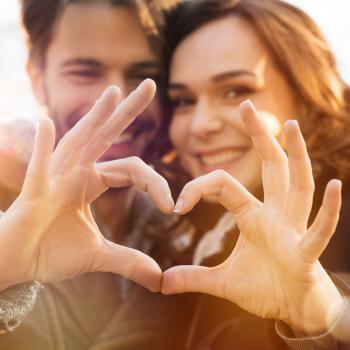 Did He Really Just Ask That Question?
This is a true story. Names are withheld to protect the innocent....

The World is Taking a Dive
I was quite the soccer player when I was a teenager, but...
view all Family blogs
What Are Your Thoughts?leave a comment
Copyright 2008-2021, Patheos. All rights reserved.
error: Content is protected !!