A Muslim’s Dialogue With An Atheist on Grieving, Morality and War on Christmas

A Muslim’s Dialogue With An Atheist on Grieving, Morality and War on Christmas January 7, 2018 Ejaz Naqvi, MD

Muslims and atheists theologically may be the polar opposite but do they have anything in common when it comes to coping with grief, mental health, morality and ‘war on Christmas’?

Few months ago, Matthew Facciani, an atheist blogger on the Nonreligious channel, and I engaged in a cross channel dialogue. We have decided to continue our dialogue.

Part 2 of this conversation covers topics such as how we cope with personal loss (grieving), basis for morality and ethics, mental health, and dealing with Christmas and other religious holidays.

Matthew: I definitely understand how believing in an afterlife could provide solace for those who are religious. However, despite this shared commonality, there are so many differences in religious belief! And some of these beliefs state that certain people will go to Heaven only if they believe certain things. For example, a Christian may not believe that a Muslim is going to Heaven because of their faith difference.

How do you deal with this personally? If you see someone who believes their loved one is going to heaven, but they share a different faith, how do you process that or help them cope? It may not be the time to bring up religious differences, but I wonder if you could share any internal processes of yours that occur. Or do you believe that any religious person would go to heaven if they believe in a God?

Ejaz: I agree that “religious people” don’t always agree on how they define ‘righteousness’, and at times are quick to judge as to who is going to hell or heaven.

The truth is that we do not know who is going where. For sure, I don’t -even about my fate, so I am in no position to judge the destination for others. I believe (like all Abrahamic faith traditions) that there is only one Judge. Only God has the knowledge, and the power to decide who is going where.

I try to keep it simple. I don’t try to figure out if an individual is going to heaven or not. That’s not my job. All I can do is to pray for the departed soul, which I do, like all Muslims do, when they hear about someone passing away.

Following verse (and a similar verse # 5:69) might provide you the answer to your last comment whether any religious person will go to heaven if they believe in God.

Surely those who believe [reference to the Muslims], and those who are Jews, and the Christians, and the Sabians, whoever believes in God and the Last day and does good, they shall have their reward from their Lord, and there is no fear for them, nor shall they grieve [on the day of Judgment]. 2:62

The Qur’an spells out in numerous places what “doing good” means. Verse 2:177 (quoted later under question 3) provides a nice summary. 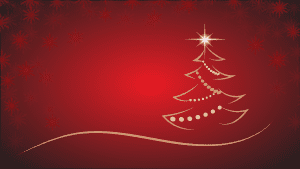 Matthew: I’d be curious how you would answer your own question about Christmas! How do you react to the winter holidays as a Muslim? Do you wish others “Merry Christmas” or do you say something else? What do you think about the “War on Christmas” as a Muslim?

Ejaz: I have mixed feelings. As a Muslim, I have tremendous respect for Jesus. He holds a very high status in Islam and is highly revered by Muslims and is considered one of the 5 most exalted prophets (Ulul Azm Ambias).

Interestingly, Benjamin Corey during my cross channel dialogue with Progressive Christian channel, asked me the same question. Here is my response again.

Muslims believe in the holiness of the birth of Jesus Christ, but also feel Christmas is not an accurate date to celebrate his birth, but are not sure of the exact date either. Secular Muslims in the west would often celebrate Christmas like the secular Christians – by shopping till they drop and some by putting up the holiday lights and even a Christmas tree. But they do not go to the mosques for services-there are none.

Do I wish my Christians friends ‘Merry Christmas’? Yes, I do. Many Muslims (and Jews) don’t, because they feel wishing it implies that they accept the Trinity and the salvation doctrines.

I just try to keep it simple. By wishing Merry Christmas, I am just wishing them a blessed day on the occasion of the holy birth of a holy prophet.

War on Christmas: Once again, I have mixed feelings about ‘war on Christmas’. On one hand I don’t think we should expect non-Christians to celebrate Christmas like the Christians do, or make them feel defensive if they don’t. However, Christians should also be not made to feel “guilty” or “defensive” about celebrating it, however they chose to do so. There should be no compulsion on any party to do what they wish to do.

Next: Morality and Ethics, mental health and whether religion helps or hurts. 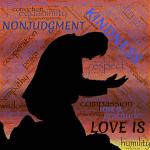 January 2, 2018
Where are the Moderate Muslims? Born-Again Muslim Wants No Labels
Next Post 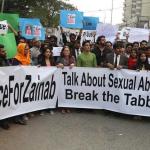 January 11, 2018 #JusticeForZainab- Brutal Rape and Murder of a Pakistani Girl
Recent Comments
0 | Leave a Comment
Browse Our Archives
get the latest updates from
Ask A (Born Again) Muslim
and the Patheos
Muslim
Channel
POPULAR AT PATHEOS Muslim
1