Where are the Moderate Muslims? Born-Again Muslim Wants No Labels 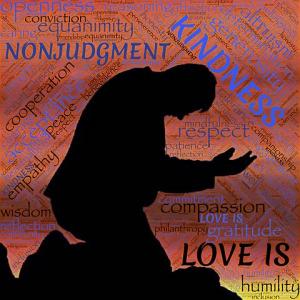 Are you a Shia?

Are you a Sunni?

Are you a progressive Muslim?

Are you a conservative Muslim?

Are you a liberal Muslim?

Are you an orthodox Muslim?

And the one that so many people are so anxious to find out: Are you a moderate Muslim?

Lately this one: Are you a “Quranist”?

My humble answer is: “I am just a Muslim”. I do not want to be boxed in, or be confined to a title.

I could also have said it a little differently: “I am a just Muslim”, but that would be too grandiose and self-boasting perhaps.

I can tell you who I am NOT. Yes, I am NOT confused.

I guess the same questions and issues are equally applicable to Jews, Christians, Hindus and people of other faiths.

I believe all of these boxes are man-made and we tend to put ourselves in one of these boxes, giving ourselves a title of a Sunni, a Shia, a progressive, an orthodox etc.

I firmly believe the Only Judge- the Ultimate Judge, will not judge me based on my label or the title I give myself, or others give me. I don’t believe my fate will depend on whther I answered A, B, or C as my title.

I am not making this up myself. I do believe in not making any inventions in religion. 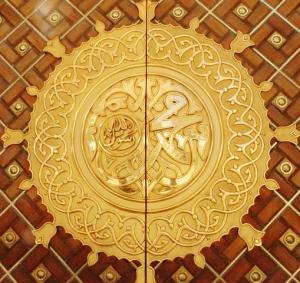 My beliefs are based on the life and teachings of Prophet Muhammad (as well as his noble family and many of his companions). I also draw inspiration from the life of Prophets Jesus, Moses, Abraham, Ishmael and other holy figures such as Hagar.

And of course I have very strong belief in the teachings of the Qur’an. Here are just a few examples that form the basis of my faith, my beliefs and my actions.

It spells out who will be rewarded, and the conditions to earn the reward.

Surely those who believe[reference to the Muslims], and those who are Jews, and the Christians, and the Sabians, whoever believes in God and the Last day and does good, they shall have their reward from their Lord, and there is no fear for them, nor shall they grieve [on the day of Judgment].

A very similar message is given in verse 5:69. 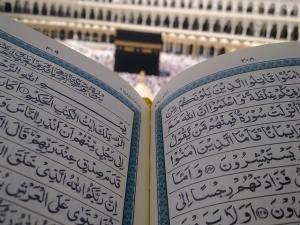 It defines what righteousness is. In the end, it tells me who the “Muttaqoon” are- people of the highest level of piety, loosely translated as ‘God-fearing’, or more appropriately as “in awe of God”.

It is not righteousness that you turn your faces Towards East or West [facing Ka’aba during prayers]; but it is righteousness- to believe in God and the Last Day, and the Angels, and the Book, and the Messengers; to spend of your substance, out of love for Him, for your kin, for orphans, for the needy, for the wayfarer, for those who ask, and for the ransom of slaves; to be steadfast in prayer, and practice regular charity; to fulfill the contracts which you have made; and to be firm and patient [steadfast, resilient], in pain (or suffering) and adversity, and throughout all periods of panic. Such are the people of truth, the God-fearing [or in awe of God].

To me these verses have two parts. Part A commands me in what I must believe in. Part B then spells out the action part- the “do it” part that is pretty self explanatory.

Nowhere do they mention that I must be a Sunni to be righteous.

Nowhere do they mention that I must be a Shia to be righteous.

Nowhere do they say that I must be a progressive to be righteous.

Nowhere do they say that I must be a conservative or an orthodox to be righteous.

Nowhere do they say that I must be a “moderate” to be righteous.

They just lay down the conditions without putting any labels) , except perhaps the one of a “Muttaqi”(pious, in awe of God).

If following these verses makes me a Sunni, so be it.

If following these verses makes me a Shia, so be it.

If following these verses makes me a progressive, so be it.

If following these verses makes me a conservative, so be it.

If following these verses makes me a moderate, so be it.

In fact the Qur’an commands Muslims to be not divided.

In a set of verses addressed to the Muslims, the Quranic commands are rather straightforward.

And hold fast, all together, by the rope which Allah (stretches out for you), and be not divided among yourselves; and remember with gratitude Allah’s favour on you; for you were enemies and He joined your hearts in love, so that by His Grace, you became brethren; and you were on the brink of the pit of Fire, and He saved you from it. Thus does Allah make His Signs clear to you: That you may be guided. The Qur’an 3:103

In a Quranic tradition to emphasize an  important message,  the command is repeated within the same set of verses.

I also know I cannot cannot take verses out of context, or rely on few verses as the cornerstone of my beliefs or deeds, but can you find another passage such as 2:177 that so clearly defines what we must do to attain the highest level of piety? I believe the entire Qur’an is full of guidance, a blessing and light, and sure there are many Hadith (sayings of Prophet Muhammad) or his companions, and his noble family that I love so much (and oh by the way that is also according to the teachings of the Qur’an)  and they also serve as my guide when I cannot understand the Qur’an.

I also realize I am probably oversimplifying the message of the Qur’an.

In full disclosure, I must say that many of my beliefs and practices would make you put me in the moderate Shia box. The truth is, I don’t even know what moderate means. For example, I do not consider fasting to be extreme. I fast throughout the month of Ramadan. But many of my friends have wondered if not eating and drinking for a month is “very extreme”. Others have stated that praying five times a day is very extreme. I consider them to be part of the deal. If it is moderate, that’s great. If it is extreme, so be it.

So to answer your questions, I can tell you:

Sometimes I feel I am a Quranist.

Sometimes I feel I am a Sunni.

Sometimes I feel I am a Shia.

Sometimes I feel I am a progressive.

Sometimes I feel I am an orthodox/a conservative.

But confused, I am definitely NOT.

For my Non-Muslim friends: do you see yourself as progressive, orthodox, liberal, moderate or “Biblist”? Why? Why not? 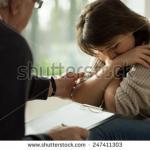 January 7, 2018 A Muslim’s Dialogue With An Atheist on Grieving, Morality and War on Christmas
Recent Comments
0 | Leave a Comment
"Interesting. Those five hands grasping (either in mutual support or "no you don't") make the ..."
Kyllein MacKellerann " Joseph, Son of Jacob (Yusuf) in ..."
"There are some omissions from this narrative. First, the Taliban was in control of Afghanistan ..."
Michel America Leaves a Mess Behind in ..."
"I have to wonder how anyone could claim that what you predict would have happened ..."
Michel Ashura: A Reminder of Imam Hussain’s ..."
"you're misunderstanding what God is as some sort of diety from a Saturday Morning cartoon ..."
Ilpalazzo // LV-420zymandias Islam Means Submission-Submission in the Qur’an ..."
Browse Our Archives
get the latest updates from
Ask A (Born Again) Muslim
and the Patheos
Muslim
Channel
POPULAR AT PATHEOS Muslim
1

Muslim
Islam Means Submission-Submission in the Qur'an and the...
Ask A (Born Again) Muslim
TRENDING AT PATHEOS Muslim