Holy Week and Easter- A Time to Love Your Neighbor, Not Bash Them

Holy Week and Easter- A Time to Love Your Neighbor, Not Bash Them March 27, 2018 Ejaz Naqvi, MD 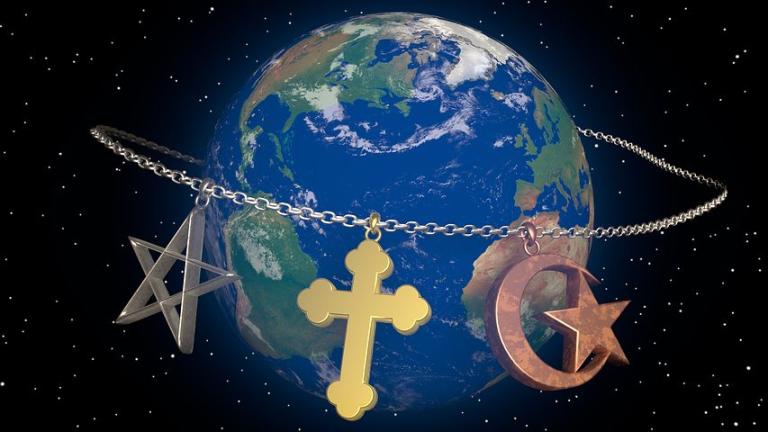 I have been a subject of rather hateful comments from some of my Christian ‘friends’ on social media during the 40 days of Lent and the Holy week.
Lent is a time to commemorate the 40 days of Jesus in the desert. Christians spend time in remembrance, self- sacrifice, repentance, fasting and alms-giving. The Holy week for the Christians is a time to remember the last week of Jesus after he entered Jerusalem on Palm Sunday, leading to the crucifixion on good Friday and the resurrection on Easter Sunday.
I have asked many of my Christians friends what the Lent and the Holy week mean to them and how they spend their time. Here are some responses:

I like to place myself with Jesus and his disciples on each day of Holy Week, imagining as best I can where they were, what they were feeling, what the hopes and fears were. And I let in the feelings of sadness that I imagine Jesus experienced at Gethsemane. The aloneness, abandonment and the paradox of closeness and distance from God.

However there have been some nasty comments like these, some in response to my blog posts on various social media platforms.

I don’t think you should put the Koran in the league of the bible because Koran is satanic book of idolatry worship which fights God personalized in the Flesh of man Lord Jesus Christ, the Koran is just like a magic book for enchanters never can the Koran be put in same level with the bible,…

Why did Muhammad invent this new name, “Issah,” in contradiction to the name YESHUA which had been sent down by Yahweh God 600 years earlier?

Why did Muhammad give his fake version of Jesus a new name? A name which did not even exist in Arabic and therefore had NO MEANING AT ALL? 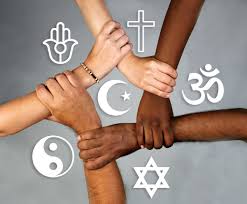 The specifics of the comments and their hurtful nature aside, they make me wonder as to why do they harbor such hatred. I fully realize this likely represents a minority but they are increasingly becoming more vocal and claim to represent ‘Christians’.
I would understand if their negative perceptions and opinions are directed to the extremists and fundamentalists within the Muslim communities.

But these comments are directed at the core of the Islamic faiths- the Qur’an and Prophet Muhammad.
Frankly speaking, I don’t get it.
Why so much animosity towards the Qur’an and the person who made covenants with the Christians of his time? After all, Jesus and Mary are held in high esteem in the Qur’an. You won’t find any Muslim belittling them, or show disrespect.
Let me quote some passages from the Qur’an in reference to Jesus, Mary and Christians, that make me wonder why anyone would still hold grudges.

And We sent, following in their footsteps, Jesus, the son of Mary, confirming that which came before him in the Torah; and We gave him the Gospel, in which was guidance and light and confirming that which preceded it of the Torah as guidance and instruction for the righteous. And let the People of the Gospel judge by what Allah has revealed therein. And whoever does not judge by what Allah has revealed—then it is those who are the defiantly disobedient. 5:46-47

Jesus speaks from the Cradle
This is not noted even in the Gospels, but the Qur’an narrates the story when Mary brought the baby Jesus to the villagers. When they accused Mary, she just pointed to the baby to respond on her behalf.

‘I am indeed a servant of Allah: He has given me revelation and made me a prophet; And He has made me blessed wheresoever I be, and has enjoined on me prayer and charity as long as I live; (He) has made me kind to my mother, and not overbearing (or hard to deal with); So peace is on me the day I was born, the day that I die, and the day that I shall be raised up to life (again)!’ Such (was) Jesus the son of Mary: (it is) a statement of truth, about which they (vainly) dispute. 19:27–34

Miracles of Jesus mentioned in the Quran
The Quran in various places mentioned the many miracles of Jesus. The Qur’an also affirms that he performed these miracles with the will and permission of God.
• Jesus’s birth without a father was a miracle. Annunciation accounts in the Quran and the Gospel of Luke are strikingly similar.
• He breathes life into clay and makes it into a bird.
• He cures the lepers and the blind.
• He brings the dead back to life.

Invitation to have dialogue with Christians in good manners
Christians (and Jews) are often referred to as ‘People of the Book’ in the Qur’an, in reference to the Torah and the Gospel(Injil).

I know the Qur’an has been pointed out as the ‘source’ for creating hatred towards Christians (and Jews). Where do you see ‘hate’ in these passages?

Behold! Allah said: O Jesus! I will take you and raise you to Myself and clear (purify) you (of the falsehoods) of those who blaspheme; I will make those who follow you superior to those who reject faith, to the Day of Resurrection: Then shall you all return unto me, and I will judge between you of the matters wherein you dispute. 3:55
Then We made Our messengers to follow in their footsteps, and We sent Jesus, son of Mary afterwards, and We gave him the Gospel and We put in the hearts of those who followed him kindness and mercy. 57:27

Muslims do not have the exclusive rights to the paradise

Surely! Those who believe (in that which is revealed unto thee, Muhammad), and those who are Jews, and Christians, and Sabians – whoever believes in God and the Last Day and does right – surely their reward is with their Lord, and there shall no fear come upon them neither shall they grieve(on the Day of Judgment) 2:62

Mary’s high status in Islam comes directly from the Quranic teachings. There is a whole chapter named after her in the Qur’an.
And We made the son of Mary and his mother a symbol [of Our grace], and provided for both an abode in a lofty place of lasting restfulness and unsullied springs. 23:50

And in an ultimate tribute to Mary…

“Behold! the angels said: O Mary! God has chosen you and purified you, chosen you above the women of all nations.” 3:42

The doctrine of trinity is where we DO see the divergence between Islamic and Christian theology. However, I think it would be prudent to remember that this is not a matter of difference between Christianity and Islam only.

It is a matter of difference between Christianity and all other religions, as no other religion holds the same views on the doctrine of trinity as Christians do.

Is there some criticism of the Christians (and the Jews) in the Qur’an? Sure. But I would argue that the Old Testament and the New Testament do the same- and perhaps more strongly. But being critical of the actions of certain groups does not mean the Scriptures are critical of all Christians (and Jews) of all times.

The question that I keep asking myself is, what other religion besides Islam, and what other Scripture besides the Qur’an ,holds Jesus and Mary in such high esteem? What other religious text speaks so positively about the followers of Jesus Christ?

Their hate is not limited to Muslims only. Haters are usually equal opportunity haters- hating other minorities- such as Jews, immigrants and blacks.

I believe strongly that our respective faiths and religious texts and teachings should serve as an inspiration to unite us, not divide us.

I know that was my source of inspiration to engage in the work to promote interfaith understanding and harmony.

I realize they are a vocal minority but hopefully we can turn this negativity into an opportunity to reach out and understand each other better. 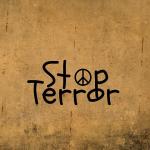 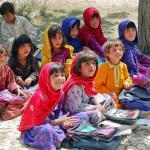 April 5, 2018 10 Facts About Islam and Muslims That May Surprise You
Recent Comments
0 | Leave a Comment
"There are some omissions from this narrative. First, the Taliban was in control of Afghanistan ..."
Michel America Leaves a Mess Behind in ..."
"I have to wonder how anyone could claim that what you predict would have happened ..."
Michel Ashura: A Reminder of Imam Hussain’s ..."
"you're misunderstanding what God is as some sort of diety from a Saturday Morning cartoon ..."
Ilpalazzo // LV-420zymandias Islam Means Submission-Submission in the Qur’an ..."
"The Abrahamic Triad has the most BUTCH notions of God!All this hierarchical language like Master, ..."
oneworlddude Islam Means Submission-Submission in the Qur’an ..."
Browse Our Archives
get the latest updates from
Ask A (Born Again) Muslim
and the Patheos
Muslim
Channel
POPULAR AT PATHEOS Muslim
1