This is an inspirational story about how a young Muslim boy, named Omar, changed an Evangelical minister’s life in a brief interaction that lasted only a few minutes. Jeff Burns, an Evangelical minister, admittedly hated Muslims until that memorable, soul-changing day when his encounter with Omar took place at a Starbucks in Raleigh, North Carolina. This should serve as an inspiration for anyone interested in promoting peace and dialogue between Christians and Muslims (and for that matter between any groups). I know it has touched me deeply!

Jeff and I became friends on social media and we have been openly communicating about each other’s work. I can tell you that when he first approached me and shared this YouTube video(link at the end), it brought tears to my eyes and we became friends instantly.

Jeff Burns was a pastor and very actively involved in his church in Raleigh, North Carolina at the time. His brief interaction with Omar changed his life and he has since been an active peacemaker, and engaged in building bridges between Christians and Muslims in America and around the world.

Jeff is very open about his feelings against Muslims until that time. On his YouTube video, he openly admits that even though he was a devout Christian, his heart was full of hate towards Muslims. He cites the story of Paul (Saul) on the road to Syria and how his hate towards Christians was turned around when he had the vision of Jesus. “ In a similar way, God had to knock me off my high horse and remind me that even though I claimed to be a Christian, when it came to Muslims, I was not a Christian”.

He opens the video with this powerful introduction:

Jeff shares his story on his website as well

Prior to 2005 I hated Muslims. I would not have admitted that openly, but my deepest feelings toward them were resentment, distrust and bitterness. Now, ten years later, I love them and see them as my brothers, sisters and dear friends. What brought about such a radical change of heart? It took place one afternoon in a Starbucks when I had an encounter with a Muslim boy named Omar.

Three months before I met Omar, I had been invited to attend a class at a church on Muslim/Christian relationships. I laughed at the invitation when I received it. My wife, Oceana, told me she felt like I should attend the class because I had a deep prejudice against Muslims, especially Arabs. [1]

Jeff believes he was inspired by God to do what he is doing now. He strongly believes Omar was indeed God-sent.

One day I was sitting in a Starbucks reading a book about Muslims and their culture. The more I read the book the more frustrated I became. I decided to pray for guidance on this issue. I closed my book and prayed: “God, surely you are not calling me to reach out to Muslims in friendship and to build bridges between Christians and Muslims. I want you to know that I have no desire to do this because it would stretch me way beyond my comfort zone. But if you are, I need you to give me a sign so clear I will never doubt it.

I have never doubted that God sent Omar to soften the heart of this Christian who had forgotten the words of Jesus. He said that His followers must love their neighbors as much as they love themselves, and that we even love, forgive and pray for our enemies.

God indeed works in unique ways to change hearts and Jeff Burns’ story is a living example of that. But Jeff did make an effort to reach out to God to show him the way and guide him, and his prayers were answered in an instant. The rest, as they say, is history.

Who knew Starbucks would be the place to receive that inspiration!

Link to Jeff’s ebook, The Peace Path- A Practical Manual For Reconciliation Between Christians, Muslims And All people Of Peace. 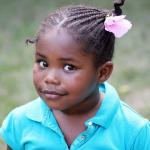 May 22, 2018
7 Reasons You Should Be Glad You Are Not African American
Next Post 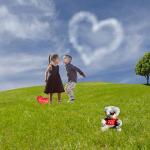 May 28, 2018 Should We Fear The Kind And Loving God?
Recent Comments
0 | Leave a Comment
"sadly too many Americans never ask the real question "who is the god of America?" ..."
Wesley  IN GOD WE TRUST
"Coming zoon joker gaming"
moz1  Nativity in Islam and Baby Jesus ..."
""
Legendgerry  Ramadan: It’s the Most Wonderful Time ..."
""
Alexander Hemming  How do Muslims Observe Ashura Worldwide?
Browse Our Archives
Related posts from Ask A (Born Again) Muslim 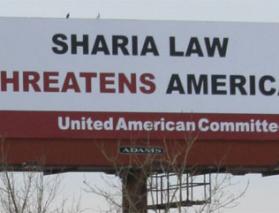