Sermon on the Mount By Jesus From a Muslim’s Perspective

God blesses those who are humble,
for they will inherit the whole earth. Matthew 5:5

And the servants of Most Gracious (Allah) are those who walk on the earth in humility, and when the ignorant [in reference to pagans of Mecca] address them, they say, ‘Peace!’ [Salaam]. The Qur’an 25:63

However my favorite saying on humility is from Matthew 23.

God blesses those who hunger and thirst for justice
for they will be satisfied. Matthew 5:6

O you who have attained to faith! Be ever steadfast in your devotion to God, bearing witness to the truth in all equity; and never let hatred of anyone lead you into the sin of deviating from justice. Be just: this is closest to being God-conscious. And remain conscious of God: verily, God is aware of all that you do. The Qur’an 5:8

O you who believe! stand out firmly for justice, as witnesses to Allah, though it may be against yourselves, or your parents, or your kin (relatives), and whether it be (against) rich or poor: for Allah can best protect both…” The Qur’an 4:135

God blesses those who are merciful,
for they will be shown mercy. Matthew 5:8

If you are kind only to your friends, how are you different from anyone else? Even pagans do that.  Matthew 5:47

Worship God, and join not any partners with Him; and do good(show kindness)- to parents, kinsfolk(relatives), orphans, those in need, neighbors who are near, neighbors who are strangers, the companion by your side, the wayfarer (you meet), and what your right hands possess…” The Quran 4:36

Those who are kind and considerate to Allah’s creatures, Allah bestows His kindness and affection on them. Show kindness to the creatures on the earth so that Allah may be kind to you. Hadith of Prophet Muhammad

Don’t misunderstand why I have come. I did not come to abolish the law of Moses or the writings of the prophets. No, I came to accomplish their purpose. Matthew 5:17

You have heard that our ancestors were told, ‘You must not murder. If you commit murder, you are subject to judgment. But I say, if you are even angry with someone you are subject to judgment! If you call someone an idiot, you are in danger of being brought before the court. And if you curse someone, you are in danger of the fires of hell. The Matthew 21-22

…Whoever kills a person, except as a punishment for murder or mischief in the land, it will be written in his book of deeds as if he had killed all the human beings, and whoever will save a life shall be regarded as if he gave life to all the human beings. The Qur’an 5:32

Those who spend (freely), whether in prosperity, or in adversity; who restrain anger, and pardon (all) men—for Allah loves those who do good. The Qur’an 3:134

Adultery- Don’t even go near it

You have heard the commandment that says, ‘You must not commit adultery.’ But I say, anyone who even looks at a woman with lust has already committed adultery with her in his heart. Matthew 5: 27-28

Nor come near to adultery: for it is a shameful (deed) and an evil, opening the road (to other evils). The Qur’an 17:32

Watch out! Don’t do your good deeds publicly, to be admired by others, for you will lose the reward from your Father in heaven. When you give to someone in need, don’t do as the hypocrites do—blowing trumpets in the synagogues and streets to call attention to their acts of charity! I tell you the truth, they have received all the reward they will ever get. But when you give to someone in need, don’t let your left hand know what your right hand is doing. Matthew 6:1-3

If you do deeds of charity openly, it is well; but if you bestow it upon the needy in secret, it will be even better for you, and it will atone for some of your bad deeds. And God is aware of all that you do. The Qur’an 2:271

…A man who gives in charity and hides it, such that his left hand does not know what his right hand gives in charity; and a man who remembered Allah in private and so his eyes shed tears. Hadith of prophet Muhammad:   Saheeh al-Bukhari vol.1, no.629 & Saheeh Muslim vol.2, no.2248

And when you fast, don’t make it obvious, as the hypocrites do, for they try to look miserable and disheveled so people will admire them for their fasting. I tell you the truth-that is the only reward they will ever get. Matthew 6:16

That is why I tell you not to worry about everyday life—whether you have enough food and drink, or enough clothes to wear. Isn’t life more than food, and your body more than clothing?  Matthew 6:25

Know you (all), that the life of this world is but play and amusement, pomp and mutual boasting and multiplying, (in rivalry) among yourselves, riches and children. Here is a similitude: How rain and the growth which it brings forth, delight (the hearts of) the tillers; soon it withers; you will see it grow yellow; then it becomes dry and crumbles away. And in the Hereafter there is grievous punishment, and (also) forgiveness from Allah and His good pleasure, whereas the life of the world is but matter of illusion. The Qur’an 57:20

Do not judge others/God is the only Judge

Do not judge others, and you will not be judged. 7:1

Though the verses in the Qur’an do not command directly to not judge others, the clear message is the same- only God can judge (in the matters pertaining to divine judgment, not in the earthly matters, where human judgment is allowed).

Allah will judge between you on the day of resurrection respecting that in which you differ. The Qur’an 22:69

Say: “O Allah! Creator of the heavens and the earth! Knower of all that is hidden and open! it is You that will judge between Your Servants in those matters about which they have differed.” The Qur’an 39:46

Is He not who answers to the (soul) distressed when it calls on Him, and Who relieves its suffering…The Qur’an 22:67

Do to others whatever you would like them to do to you. This is the essence of all that is taught in the law and the prophets. Matthew 7:8 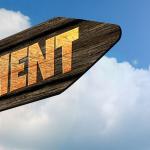 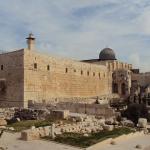 August 30, 2018 Holy Land- Should We Fight For, or Cherish it?
Recent Comments
0 | Leave a Comment
Browse Our Archives
Follow Us!