Was Prophet Muhammad a Shia, a Sunni, Neither or Both?

Was Prophet Muhammad a Shia, a Sunni, Neither or Both? September 15, 2018 Ejaz Naqvi, MD 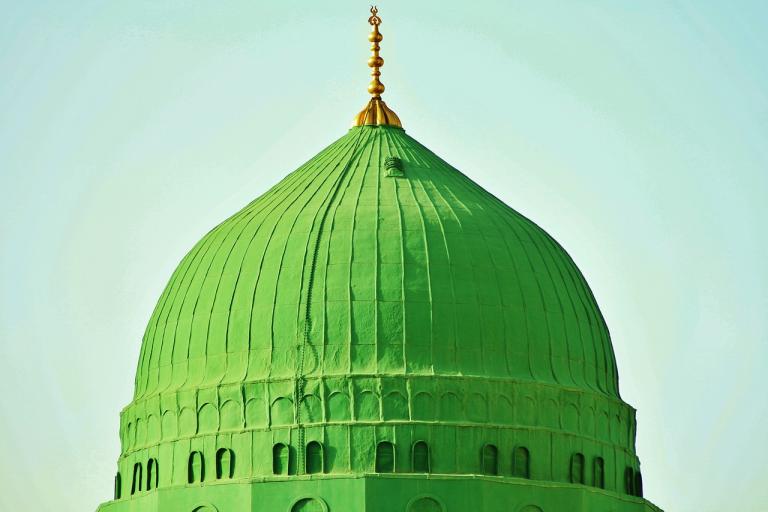 The Muslim world is increasing divided among various sects, each claiming to be the righteous one. Muslims tend to identify themselves as Shias and Sunnis and yet both claim to be the follower of Prophet Muhammad, which begs the question: Was he a Sunni, a Shia, neither or both?

I will not go into an esoteric discussion of the origins of Sunnis and Shias here but would like to point out that the word Sunni generally refers to the ones following the Sunnah (tradition) of Prophet Muhammad. Shia literally means ‘adherent’ or ‘follower’ and refers to the follower of Ali, Prophet Muhammad’s son-in-law and cousin. The term “Shian e Ali” has come to be associated with the “lovers of Ali”. Traditionally, Sunnis, the largest sect in Islam, refers to those who recognize Abu Bakr as the Caliph after Prophet Muhammad, whereas the Shias believe that Prophet Muhammad in his lifetime had appointed Ali his successor (Wali) on his return from the last Hajj at the pond of Ghadeer.

1400 years later, we are deeply divided as an Ummah on this issue, to the extent that we often consider ourselves Sunni or Shia first and foremost.

To start off, these terminologies are misnomers.  The fact is that Sunnis (at least a large number of them) love and follow Ali and recognize him as one of the righteous caliphs (Khulafa-e-Rashideen). Conversely despite the claims to the contrary, Shias also follow the Sunnah of the Prophet Muhammad.

We both believe in One God, One (last) Prophet, One final Scripture (Holy Qur’an) and the Day of Judgment. Beyond the believing part, we both love Prophet Muhammad, and we both love his family, as ordained by the Qur’an.

…Say (O Muhammad): I do not ask of you any reward for it (prophethood) but love for my near relatives. 42:23

As I explained on my post on Muharram: A Plea for Intra-Faith Dialogue and Unity, ‘there is a general consensus by both Sunni and Shia scholars that the ‘near relatives’ refer to his family-daughter Fatima, his son-in- law Ali, and his grandsons Hussein and Hassan. Therefore it is incumbent upon both Sunnis and Shias to love them, which we do. 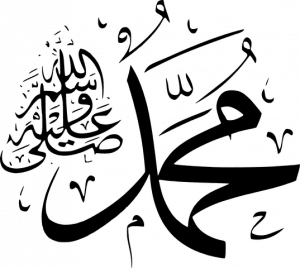 Which begs another question: are these bonds (believing in God and loving Prophet Muhammad and his family) not strong enough to bring us together? Many of us want to engage in interfaith dialogue (appropriately so), but shy away from any form of intra-faith dialogue. Many of us would rather not talk about it because it is a ‘sensitive” subject, as if not talking about it would solve the problem.

Surely there are some differences in our rituals and ideology- the doctrine of Imamate being the big one. However what is bothersome is the fact that the Qur’an, which we claim to adhere to, is explicit about NOT getting divided as an Ummah.

And hold fast, all together, by the rope which Allah (stretches out for you), and be not divided among yourselves; and remember with gratitude Allah’s favor on you; for you were enemies and He joined your hearts in love, so that by His Grace, you became brethren… 3:103

In the typical tradition of the Qur’an when God wants to emphasize something, this message was repeated- one verse later. Not only that but at the end of the verse, the Qur’an then goes on to send a strong warning of grave consequences for those who get divided.

And be not like those who became divided and disagreed after clear arguments had come to them. For such there is an awful doom. 3:105

It does not say it is OK to get divided if you feel you are the one on the ‘right track’. It simply says, don’t get divided. Period. Don’t get bogged down by ‘we are right and you are wrong syndrome’. The Qur’an also says in numerous places that only God is the final Judge and ‘will decide what you used to differ in’, though these are typically in reference to the differences among the Muslims and the People of the Book but is equally applicable to Sunni and Shia righteous debate.

We both believe Prophet Muhammad was the walking Qur’an. So back to the original question as to who was he?

One may argue Prophet Muhammad was neither Shia nor Sunni since the division came after him. Some of us believe he was a Shia because he loved Ali , while others may claim he was a Sunni since he was following his own Sunnah (leading by example). Still others would appropriately point out he was both a Shia-e-Ali, lover of Ali and a Sunni, the follower of his own Sunnah.

But first and foremost, he was a Muslim.

And so should we- the ones who claim to be his followers. 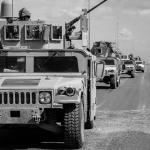 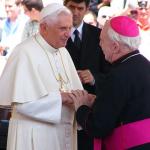 September 18, 2018 Was Jesus a Catholic, a Protestant, Both or Neither?
Recent Comments
0 | Leave a Comment
"To be fair, God is a jealous one who forbid the three faiths from another ..."
David Brevik Islam Means Submission-Submission in the Qur’an ..."
"I went and read the Quran once. I found it... interesting. Can't say it did ..."
David Brevik The Qur’an is Easy to Understand, ..."
"The Q'ran giveth, the Hadith taketh away?"
bill wald The Qur’an is Easy to Understand, ..."
"I have been thinking about the OJ trial especially the victims Ron and Nicole. In ..."
Pmccoy0222 Was O.J. Simpson a Victim of ..."
Browse Our Archives
get the latest from
Ask A (Born Again) Muslim
Sign up for our newsletter
POPULAR AT PATHEOS Muslim
1