Explosive Devices a Sign of Hate And a Nation Deeply Divided

Yesterday the two former presidents received explosive devices in mail. So did the chair of the Democratic National Party, the CNN headquarter, and many other leaders of the Democratic Party. Thank God, no one was hurt. Is this a sign of our nation being deeply divided by hate, along the party lines like never before? Is this attack consistent with Christian values, assuming of course they were sent by right wing extremist/s to prominent Democrats and left leaning news channel. FBI is calling it a domestic terror attack. President Trump and leaders from both major parties condemned the attacks.

Investigators believe the packages came from the same individual or individuals, officials said. As of Wednesday evening, law-enforcement officials said they hadn’t identified any suspects. A federal official described all the devices—none of which exploded—as “very similar in style,” potentially effective but “not sophisticated.”Wall Street Journal

In the past several years, perhaps since President Obama was elected to the White House, the two major political parties seems to be drifting further apart. The election campaign of 2016 turned up the heat several notches. President Trump would never back down even if a random grocery clerk said something negative about him, usually prompting a Twitter storm. 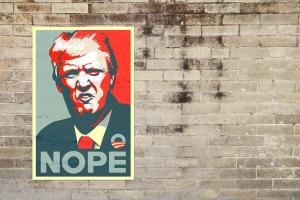 President Trump’s response?
Well he did condemn the attacks, but…

The full weight of our government is being conducted to bring those responsible for these despicable acts to justice. We have to unify and send one very clear and strong message that acts of political violence of any kind have no place in the United States of America.

But in a political rally in Wisconsin, he put the blame on the very victims of the attack. “Stop treating political opponents as being morally defective,” he stated, and then went on to blame the news media for “negative and false attacks.”

Unfortunately, he is the one who has been raising the temperature and inciting his base with harsh words, often bordering hate speeches.

He has called for the jailing of Hillary Clinton, with chants of “lock her up.” At a rally in Houston on Monday this week, he referred to the Democrats as “a mob.” Last week, he praised a Republican congressman who during his campaign body-slammed a reporter. He trashes his opponents and minorities repeatedly, with derogatory remarks against women and their appearances, calling Mexicans “rapists”, promising Muslim travel ban during his election campaign. The list is growing by the day, and at times by the hour. 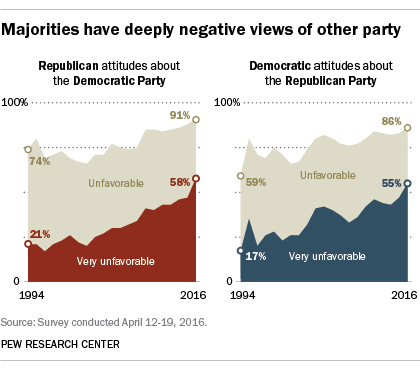 This does not mean that they necessarily hate each other, but the next question did come close to that: 45% of the Republicans see Democrats as “a threat to the well-being of nation”. Similarly, 41% of Democrats saw Republicans as threat. 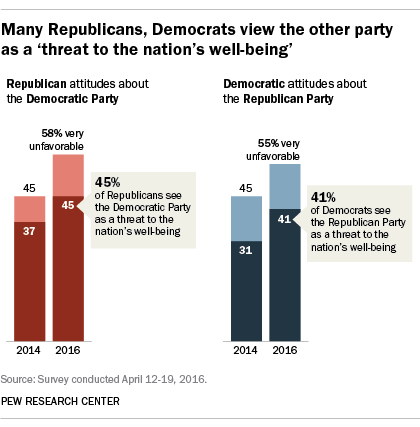 That was in April 2016, when the presidential campaign had not fully heated up. Over two years later, I suspect the division is deeper, the emotions are running stronger against the other party.
How else can you see the same data, and hear the same arguments, watch the same news but come to vastly different opinion, solely based on your political alignment? (refer to Kavanaugh confirmation)

Who is to blame for creating such a rift? How much responsibility does President Trump bear with his around-the-clock hateful rhetoric, supported by a majority of evangelicals? Is the extreme left wing of the Democratic party contributing to the deep divide?

The hateful rhetoric in itself is not as dangerous as its consequences, as we know historically hate speeches turn in to acts of violence. One may excuse the Democrats for acting this way- after all they are the party without values, and morals, as the Republicans would accuse them. The sad part is that the Republican Party, the champions of the Christian values and bearer of Jesus Christ’s legacy, engage in behavior that is so Un-Jesus like. Their views on women, immigrants, social justice, race issues and minorities would be voted out by Jesus, if he were to return now.

When Jesus said ‘love thy neighbor’, he did not put an asterisk on it. If we cannot love our neighbors, can we at least stop hating them? 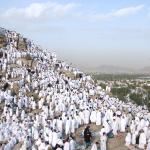 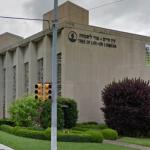 October 27, 2018 Tree of Life Synagogue Shooting a Sign of Rising Anti-Semitism
Recent Comments
0 | Leave a Comment
"Interesting. Those five hands grasping (either in mutual support or "no you don't") make the ..."
Kyllein MacKellerann " Joseph, Son of Jacob (Yusuf) in ..."
"There are some omissions from this narrative. First, the Taliban was in control of Afghanistan ..."
Michel America Leaves a Mess Behind in ..."
"I have to wonder how anyone could claim that what you predict would have happened ..."
Michel Ashura: A Reminder of Imam Hussain’s ..."
"you're misunderstanding what God is as some sort of diety from a Saturday Morning cartoon ..."
Ilpalazzo // LV-420zymandias Islam Means Submission-Submission in the Qur’an ..."
Browse Our Archives
get the latest updates from
Ask A (Born Again) Muslim
and the Patheos
Muslim
Channel
POPULAR AT PATHEOS Muslim
1 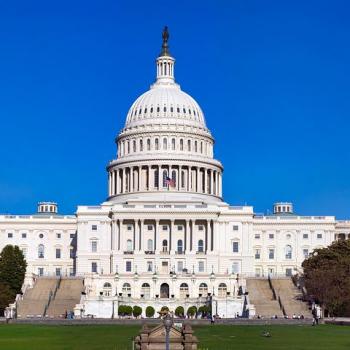