Following my last post, I had a brief chat via text messaging with Congresswoman Rashida Tlaib, which I will share below. My last post on Rashida Tlaib using the MF word drew sharp reaction, both positive and negative. Ironically the harshest criticism came from folks who I consider “friends”, calling me misogynist and Trump supporter among other things.

As a Muslim blogger, I get sharp criticism from time to time, mostly from the extreme right wing. I have come to expect that. But I must admit that this one did sting a bit, because it was rather unexpected and it came from folks who I consider friends or friendly.

To be clear I am not saying I am in Congresswoman Rashida’s inner circles and/or among her top fundraisers. But I have been involved in a few, have met her, have talked to her on the phone, and have exchanged text messages and have helped organize events featuring her as speaker, even before she decided to run for the US congress.

Here I just want to make a few things very clear. In the end I will share my brief exchange with her. Here are some of the comments from last post and my response.

What she said was regrettable and I wont defend it but that does not mean I will stop being a staunch supporter of her. She still has my FULL support. She is a shining example of what America is all about. She is a fighter. She is passionate. I wish her the best in her political career and I am confident she has the ability and the strong desire to help make America great again. The US congress is better off because of her, and it represents America more truly.

Here is what she shared with me today on this subject, reproduced here partly but verbatim.

It was not meant for the world to hear. It was definitely a teachable moment.

Rashida- Rain or shine, I will be in your corner. 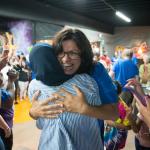 January 9, 2019
Rashida Tlaib's Cursing of Trump is Unacceptable and Disappointing
Next Post 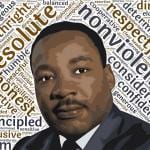 January 19, 2019  MLK Day 2019- A Reminder of Islamic Teachings on Racism and Diversity
Recent Comments
0 | Leave a Comment
Browse Our Archives
get the latest updates from
Ask A (Born Again) Muslim
and the Patheos
Muslim
Channel
POPULAR AT PATHEOS Muslim
1