Rashida Tlaib’s Cursing of Trump is Unacceptable and Disappointing

One of the two Muslim women in the US Congress, Rashida Tlaib cursed President Donald Trump when she ended her desire to impeach Trump with an expletive. “We’re going to go in and impeach the motherf****er.” As much as I love and support her, she crossed the line and is rightfully getting flak from the Republicans and some Democrats as well. She later apologized- for the ‘distraction’ but not for the curse words.

She had taken pride to be the first Palestinian American to be elected to the congress. She is among the first two Muslim women to do so. Even though the majority of the voters who voted for her were Non Muslims in her district, the fact remains that her ID is one of a Muslim American and a Palestinian American. When she was elected, I had published an article in support of her.

But with that ID comes tons of expectations and responsibilities.

You see when you are a minority, people judge you not as an individual but as the group you belong to. If a white caucasian cuts you off while driving, you may say a few bad words to him- the person. However if an African American young male cuts you off, you see him as a black rude dude, rather than an individual.
If Donald Trump uses foul language, he is seen as a rude person without a reflection on his race.

Right or wrong, that’s how people think. Or at least many do.

Congresswoman Rashida Tlaib should realize she is a public figure now. She should also realize she carries the burden of representing women, Muslim Americans and Palestinian Americans. You are no longer Rashida, the person, anymore. You carry a burden and every action, good or bad, will reflect on the people you represent. My views on Donald Trump have been expressed in these pages before and I feel for Rashida and her passion, but we need to agree to disagree-in a civil manner. That’s the Islamic way.

I know she spoke out of “passion”. But that’s still no excuse. As Muslims we expect you to behave in a certain way. Your words do matter. They are not reflective of Islamic mannerism. Yes as individuals, we are responsible for our own words and its our business how we behave. But when you are a public figure, its no longer ‘just between me and my God’.

To be clear, I am not a Trump supporter- far from it actually. However, we cannot accuse him of being profane and vulgar and then use profanity against him. Profanity cannot drive out profanity, only decency can. (OK, fine, I borrowed it from Rev. Dr. Martin Luther King).

Rashida, I will continue to love you, continue to support you and pray for your success. But please do watch your mouth. Your words do matter. 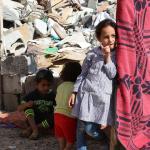 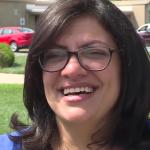 January 11, 2019  Make No Mistake, I Still Support Rashida Tlaib
Recent Comments
0 | Leave a Comment
"The Hagia Sofia is a Christian cathedral. Its conversion to a mosque by the Ottoman's ..."
Barros Serrano Hagia Sophia’s Conversion to a Mosque ..."
"Any discrepancies between the much older Judaic account of Joseph and that of the Quran ..."
Barros Serrano Joseph, Son of Jacob (Yusuf) in ..."
"So many Hindus have been ethnically cleansed from Kashmir that to pretend now that an ..."
Michel Kashmir Fighting for Freedom and Justice- ..."
"If the recipient is not Jewish or Moslem (or other non-pork consuming people) does it ..."
Kyllein MacKellerann Is Pig Heart Transplantation Halal and ..."
Browse Our Archives
Related posts from Ask A (Born Again) Muslim 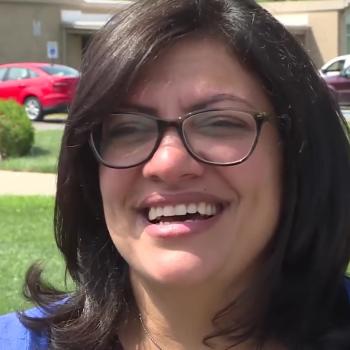 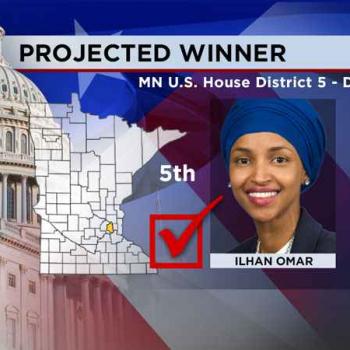 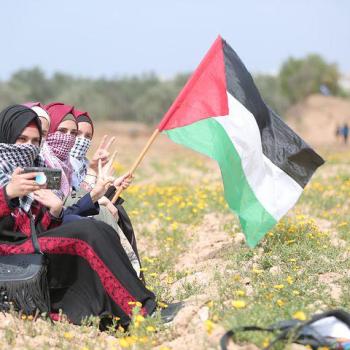 Muslim
The Voice of Shireen Abu Akhleh Can Not...
Ask A (Born Again) Muslim
TRENDING AT PATHEOS Muslim