A major Aramco oil field in Abqaiq, Saudi Arabia was hit by drones on Saturday sending shock waves throughout the world, causing oil prices to go up sharply and prompting world leaders to react. Fortunately, there were no human casualties during the oil field attacks The reaction was in sharp contrast to the world’s reaction to the ongoing attacks in Yemen causing human casualties.

To be fair, the civil war (widely considered a proxy war between Iran and Saudi Arabia) has caught the attention of the United Nations and Human Rights group. It has been labeled as the worst human crisis of our times.

However, almost every day there are human casualties during air raids by the allied forces, led by Saudi Arabia, as well as by the Houthis. Bernie Sanders, among many other American leaders, has condemned the atrocities committed by the Saudi led coalition.

The Houthis have taken the responsibility for the oil field attack but the American and Saudi leadership is pointing fingers at Iran. President Trump tweeted within hours that USA is “locked and loaded”. Other world leaders are taking a more cautious approach, choosing instead to focus on a political solution.

Almost all of the reaction is focused on the Saudis. Very few people are talking about the human crisis in Yemen and what has led to this attack and how to solve the underlying problem.

Here are some of the reports of human casualties in Yemen that barely hit the radar- no pun intended.

Earlier this month on September 1, the BBC news headline read:

There was practically no reaction- including reporting by major TV outlets. Most people did not even know about it. You probably never heard about it.

An airstrike launched by the Houthi faction in Yemen on Thursday killed at least 40 people, including a senior Yemeni military commander, at a parade in the city of Aden, officials said.

There was practically no reaction- including major TV outlets. Most people did not even know about it. You probably never heard about it.

I can go on and on. But you got the picture.

I am not going into the political background here, but the Yemen situation has been called the worst humanitarian crisis in the world today.

Yemen, the region’s poorest nation even before the war, faces catastrophic famine. The United Nations has warned that half of the Yemeni people may soon rely entirely on humanitarian aid to survive.

According to the UN OCHA, in 2017 everyday 150 children under the age of 5 died in Yemen due to lack of access to food and medicine.  That’s nearly 50,000 dead children in under 12 months. In 2019, the projected numbers are even worse. There have been hundreds of airstrikes on homes, schools, mosques and marketplaces.

According to the Human Rights Watch:

The Saudi-led coalition has used at least six types of widely banned cluster munitions produced in Brazil, the US, and the UK.

The armed conflict in Yemen has killed and injured thousands of Yemeni civilians since it began. As of November 2018, 6,872 civilians had been killed and 10,768 wounded, the majority by Saudi Arabia-led coalition airstrikes, according to the Office of the United Nations High Commissioner for Human Rights (OHCHR). The actual civilian casualties are likely much higher. Thousands more have been displaced by the fighting and millions suffer from shortages of food and medical care.

Everyone is concerned about the rising price of oil and what may mean to the Wall Street or the world economy. How soon can the Saudis start to produce the oil again seems to be at the forefront.

Such are the realities of the times we live in.

You see, the human blood is not going to help drive a car or fly the jet across the country. Oil is indeed a much more precious commodity.

We cannot afford to divert attention from the previous human lives-just because it is happening thousands of miles away in a far land, or because the casualties and atrocities are (mostly) caused by our (American) allies in the gulf.

I hope that the warring parties and their supporters will use the Saudi oil field attack as a trigger to bring peace, rather than result in yet another war– this time with Iran. And let’s not kid ourselves into thinking that we have the “evidence” to show that the missiles were launched from Iranian soil.

Didn’t we have the “evidence” of WMD-weapons of mass destruction, in Iraq as an excuse to invade the country? We are still seeing the human toll and repercussions from that unnecessary war.
I hope we have learned lessons from our mistakes.

You can help them by raising awareness, support the US legislation to stop the incessant airstrikes against the civilians. There are many agencies that are helping them, such as: 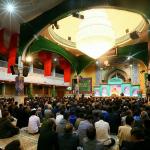 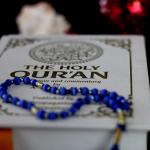 September 21, 2019  Urgent Need For Muslim Unity and Reconciliation
Recent Comments
0 | Leave a Comment
"sadly too many Americans never ask the real question "who is the god of America?" ..."
Wesley  IN GOD WE TRUST
"Coming zoon joker gaming"
moz1  Nativity in Islam and Baby Jesus ..."
""
Legendgerry  Ramadan: It’s the Most Wonderful Time ..."
""
Alexander Hemming  How do Muslims Observe Ashura Worldwide?
Browse Our Archives
Related posts from Ask A (Born Again) Muslim 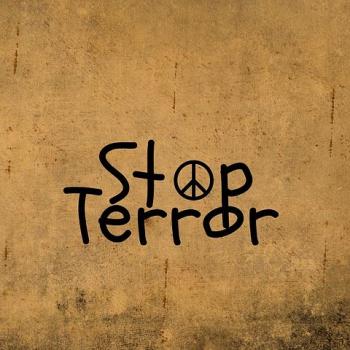 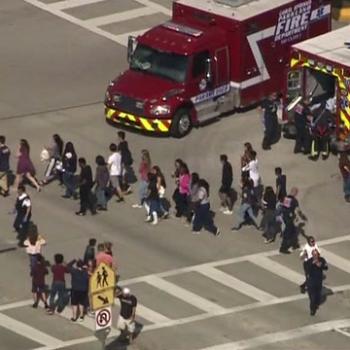