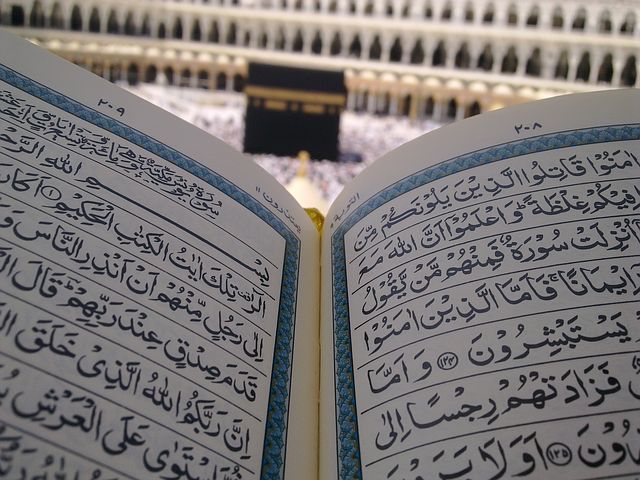 The Qur’an mentions twenty-five prophets by name, twenty-one of which also appear in the Bible. Although the total number of all the prophets sent down by God is not mentioned in the Quran, the Muslims believe, through Hadith, that God sent down 124,000 prophets in all.

There are various words for prophets, that are often used interchangeably, but they have different connotations.

Nabi or Prophet: In both Arabic and Hebrew, the word “Nabi” means a prophet (pronounced in Hebrew as “nâbîy,” or navi). A prophet is chosen by God and receives divine inspirations from Him about theological and other teachings and then relays it to his nation. The second subdivision of the Hebrew Bible, Tanakh (which stands for “Torah, Nevi’im, Ketuvim”), is devoted to the Hebrew prophets.

Rasool (also spelled Rasul) is often translated as Apostle by some Qur’an translators; it literally means messenger. A Rasool is a prophet who brings a set of divine law or jurisprudence (Sharia) and is also given a Scripture (e.g., the Torah, the Psalms, the Gospel, or the Quran).. The term “apostle” in Christianity, however, is not used for prophets but rather for the original disciples of Jesus Christ sent out to various lands to convey his teachings.

Who can choose the Prophets and what is their purpose?

All monotheistic faiths concur that only God can choose the prophets. According to the Qur’an, the basic message and teachings as well as the warnings of all the prophets were the same: That there is only One God, and He is the only One worthy of worship.

The purpose of sending all prophets according to the Qur’an was the same: to teach their people that there is One God, and no one else is worthy of worship. The prophets served two basic purposes. They were warners and bearers of glad tidings.

Not a messenger did We send before you without this inspiration sent by Us to him: that there is no god but I; therefore worship and serve Me. The Qur’an 21:25

(We sent) messengers who gave good news as well as warning, that mankind, after (the coming) of the messengers, should have no plea against Allah: For Allah is Exalted in Power, Wise.  The Qur’an 4:165

The Belief in Prophets

The following verses alone mention seventeen prophets by name, and Prophet Muhammad is addressed without naming him at the end.

That was the reasoning about Us, which We gave to Abraham (to use) against his people: We raise whom We will, degree after degree: for your Lord is full of wisdom and knowledge. We gave him Isaac and Jacob: all (three) guided: and before him, We guided Noah, and among his [meaning Abraham’s] progeny, David, Solomon, Job, Joseph, Moses, and Aaron: thus do We reward those who do good: And Zechariah and John, and Jesus and Elias: all in the ranks of the righteous: And Ishmael and Elisha, and Jonas, and Lot: and to all We gave favor above the nations: (To them) and to their fathers, and progeny and brethren: We chose them, and we guided them to a straight way. This is the guidance of Allah: He gives that guidance to whom He pleases, of His worshippers. If they were to join other gods with Him, all that they did would be vain for them. These were the men to whom We gave the Book, and authority, and prophethood: if these (their descendants) reject them, Behold! We shall entrust their charge to a new people who reject them not. Those were the (prophets) who received Allah’s guidance: Copy [follow] the guidance they received; Say [addressing Muhammad]: No reward for this do I ask of you. This is no less than a message for the nations. The Qur’an 6:83–90

Even though Muslims are asked to respect and recognize all Prophets, some are given preferences over the others. There are five messengers, traditionally considered “Ulul Azm,” or exalted Prophets (or arch Prophets). They are Prophets Noah, Abraham, Moses, Jesus, and Muhammad-peace be upon them all.

And it is your Lord that knows best all beings that are in the heavens and on earth: We did bestow on some prophets more (and other) gifts than on others: and We gave to David (the gift of) the Psalms. The Qur’an 17:55

These are the Signs [rvelations] of Allah: we rehearse them to you [meaning Muhammad] in truth: verily you are one of the messengers. Those (some) messengers We endowed with gifts, some above others: To one of them Allah spoke; others He raised to degrees (of honor); to Jesus, the son of Mary We gave clear (Signs), and strengthened him with the holy spirit. The Qur’an 2:252–253

Though David is not mentioned by Muslim scholars as one of the “Ulul Azm,” or exalted prophets, his name is mentioned among the “preferred prophet” in verse 17:55 quoted above.

Nicknames for Abraham, Moses and Jesus

What about Mary, mother of Jesus?

Mary, according to majority of Muslim scholars, is not considered a Prophetess. However she is extremely highly regarded. There is a whole chapter named after her, Surah Maryam, her Arabic name. In fact she is the only woman with a chapter named after her name. She is almost always mentioned alongside Jesus, PBUH, e.g. Mary, mother of Jesus, or Jesus, son of Mary.

According to the teachings of the Qur’an, Mary spoke with angels, a feat often reserved for Prophets. (though they also spoke with Sarah, wife of Prophet Abraham).

Behold! the angels said: “O Mary! Allah hath chosen you and purified you- chosen you above the women of all nations. The Qur’an 3:42

The portions of this article were adopted from my two books, The Quran: With or Against the Bible? and The Three Abrahamic Testaments. 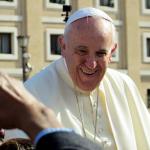 April 3, 2021 Islamic Views on Easter, Crucifixion and Resurrection
Recent Comments
0 | Leave a Comment
"Dogs, obviously. Cats, well, cats were obviously created to teach humans to remember their proper ..."
Silverwolf13  Do Animals Worship God and Will ..."
"So benevolent! That benevolence was demonstrated when Mohammed had the Jews of Quaresh executed, himself ..."
Michel Believing in Muhammad’s Prophecy is Essential ..."
"Muslims in the USA face Islamophobia, which is often violent. Now they face sectarian violence ..."
Michel The Murder of 4 New Mexico ..."
"I am in total agreement with the argument made here. True faith can never be ..."
frharry There is No Compulsion in Religion
Browse Our Archives
Related posts from Ask A (Born Again) Muslim