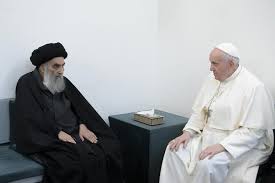 Pope Francis made a historic visit to Iraq this weekend. It was the first ever by a pope to the country, amid rising concerns for Covid-19 and safety. He also met with Ayatollah Sistani-considered one of the top religious leaders of Shia Muslims around the world. This was a great example of Christian-Muslim dialogue, an aspect that was almost completely ignored by mainstream America media.

Pope Francis has always been a proponent of building peace and harmony between people of various faith, especially within the Abrahamic family. He made a visit to the city of Ur, considered widely to be the birthplace of Patriarch Abraham, or Ibrahim as he is known in Islam. This was more than symbolic. This was a reminder that Muslims, Christians and Jews are children of Abraham. That we are part of the same big family, though often times we don’t act like a good, well-behaved family. The Qur’an speaks very highly of Abraham, with numerous passages in his praise.

I had posted a blog in 2018 on the topic of Islam being a religion of Abraham.

The Qur’an describes Islam as a universal religion with a much broader meaning. God sent the same basic religion to all messengers from Adam onto Prophet Muhammad, with the same essential message.

The Qur’an repeatedly describes Islam as the “religion of Abraham.” (Din Al Ibrahim). There are numerous references to “this religion” as the “way of Abraham”.

Who can be better in religion than one who submits his whole self to God, does good, and follows the way [faith or religion] of Abraham the true in Faith? For God did take Abraham for a friend.

Say (O Muhammad): ‘Surely, (as for) me, my Lord has guided me to the right path; (to) a most right religion, the faith of Abraham, the upright one, and he was not of the polytheists’.

I have been part of Catholic-Muslim dialogue and realize the importance of this work and the challenges we face, but this is coming from the very top- someone (two actually) who is (are) leading by example. Pope Francis called himself on this trip as “pilgrim of peace”. His meeting with Ayatollah Ali Sistani was planned ahead for months, working on minute details. The two leaders realized the importance of dialogue in bringing peace between the two religions, despite the region being war torn in the recent years. Ayatollah Sistani rarely meets with anyone and rarely makes public appearances. He is considered one of the top most influential figures in all of Shia Islam, and respected by Sunni religious leaders as well. His meeting with Pope Francis underscores his position on the importance of starting the healing process between the two religions.

Any one who cares about bringing peace and harmony between religions should focus on that aspect of the trip. This meeting was highlighted by multiple news outlet around the world, including Reuters, AFP, BBC News, British Sky News, Telegraph, France 24 hours, Al Jazeera and Bloomberg.

Sadly many of the American mainstream channels, including ABC News and CBS News, largely ignored his historically important meeting with Ayatollah Sistani and instead focused more on the ISIS-lead destruction of many of the Christian sites. The pope did visit these sites and met with many of the Christians of Iraq. He was welcomed and greeted very warmly by Christians AND Muslims. The security was mammoth with over ten thousand security forces assigned to safeguard his security, according to many outlets.

Rather than using this as a springboard to further the dialogue between Muslims and Christians, these news outlets are opening old wounds. There is no question we should not forget the plight of the oppressed Christian (and Yazidi) population at the hands of Daesh, the so-called ISIS. But to ignore the one aspect the pope himself considers critically important, is being part of the problem, by focusing on the differences, rather than what unites us.

This visit is a big boost to the interfaith workers who are working tirelessly to promote understanding, harmony and peace, led by two noble religious leaders. Sure Pope Francis is Catholic Christian, and Ayatollah Sistani is a Shia Muslim, but this remains a hugely important example of Muslim-Christian dialogue.
May peace prevail. Blessed are the peacemakers!

March 14, 2021 Abraham, Moses, Jesus and Muhammad: Prophets of Islam
Recent Comments
0 | Leave a Comment
"So far there have been three: Jesus of Nazareth, Francisco of Assisi, and now Pope ..."
Kyllein MacKellerann " Pilgrim of Peace: Pope Francis’s Meeting ..."
"There are many ways to start dialogue. It usually starts at a local level- from ..."
Ejaz Naqvi Pilgrim of Peace: Pope Francis’s Meeting ..."
"I agree that mutual understanding is important, but what thoughts do you have about the ..."
Alan Drake Pilgrim of Peace: Pope Francis’s Meeting ..."
"Religion serves several purposes in one's life. One of the most important ones is that ..."
Kyllein MacKellerann " UnChurched, UnSynagogued and UnMosqued- Why Are ..."
Browse Our Archives
get the latest from
Ask A (Born Again) Muslim
Sign up for our newsletter
POPULAR AT PATHEOS Muslim
1 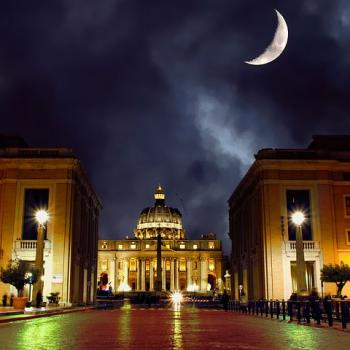 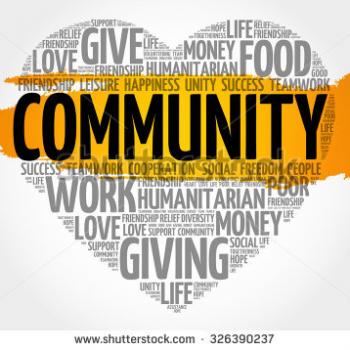 Muslim
Religion is The Solution Not The Problem- A...
Ask A (Born Again) Muslim 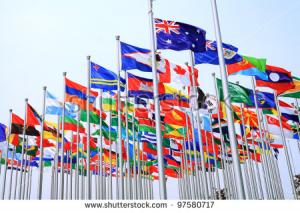