There is No Compulsion in Religion 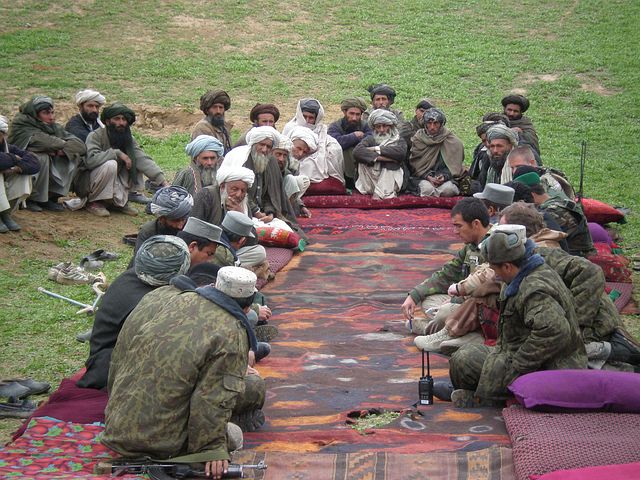 With Afghanistan back under the rule of the Taliban and the presence of Daesh, mistakenly called ISIS, people are fearing forceful implementation of Islamic law, or even forced conversions. However, as explained below, this is opposite to the teachings of Islam, and more specifically, the Qur’an.

Among the creation of God, there are those that are created with free will, and those without. The free will to obey and believe in God and His rules. Angels are subservient to God, but without the free will. Men and Jinns (Genies) are free to choose between belief and disbelief. God has given us the sight, the hearing and the wisdom to choose. God also sent a number of messengers to show the way, and the will of God.

The Qur’an is very explicit that no one can force any one to believe, or to be converted to your religion.

There is no compulsion in religion; truly the right way has become clearly distinct from error; therefore, whoever disbelieves in the Shaitan (evil) and believes in Allah he indeed has laid hold on the firmest handle, which shall not break off, and Allah is Hearing, Knowing. The Qur’an 2:256

This verse was followed by what is known as the Ayatul Kursi, or the ‘Verse of the Throne’, a highly revered, and oft-recited verses in the Qur’an.

Allah is He besides Whom there is no god, the Ever-living, the Self-subsisting by Whom all subsist; slumber does not overtake Him nor sleep; whatever is in the heavens and whatever is in the earth is His; who is he that can intercede with Him except by His permission? He knows what is before them and what is behind them, and they cannot comprehend anything out of His knowledge except what He pleases, His Throne extends over the heavens and the earth, and the preservation of them both tires Him not, and He is the Most High, the Great. The Qur’an 2:255

Similar theme is found in the following verse.

Men will believe only if it’s God’s Will

In addition to the very direct ‘there is no compulsion in religion’, the Qur’an reminds Prophet Muhammad, and thereby rest of the believers, that at the end of the day, it is God who shines light in the hearts of people and God is the ultimate guide.

And if your Lord had pleased, surely all those who are in the earth would have believed, all of them; will you then force men till they become believers? The Qur’an 10:99
And it is not for a soul to believe except by Allah’s permission; and He casts uncleanness on those who will not understand. The Qur’an 10:100

Our only job is to communicate the message, without forcing anyone. Prophets’ job was to give the message- give the glad tidings to those who choose to follow God’s way, and warn the consequences of making the bad choices. But those who will not believe won’t believe no matter what kind of “proof” one can provide. The following verse, the continuation of the sequence quoted above, points that out, a theme repeated numerous times in the Qur’an.

Say: Consider what is it that is in the heavens and the earth; and signs and warners do not avail a people who would not believe. The Qur’an 10:101

Just to be clear, this whole subject is applicable to the forced conversions. For a believer, we still do have the choice to follow the teachings of the Qur’an- or not, but we should also be mindful that the ultimate goal of the believer is to serve and please God, and that by disobeying, we are doing just the opposite.

We teach our children to make good choices and avoid bad choices. Surah Al Kafiroon (The Disbelievers) is a short surah (chapter) that ends by leaving nonbelievers to do what they wish.  Whether they choose to believe or not- no matter how bad their choice may be. Why? Because there is no compulsion in religion.

I hope they will get the memo, sooner rather than later. May the peace prevail. Ameen.

August 22, 2021
America Leaves a Mess Behind in Afghanistan-Again
Next Post

September 8, 2021  Do Animals Worship God and Will They Go to Heaven?
Recent Comments
0 | Leave a Comment
Browse Our Archives
Related posts from Ask A (Born Again) Muslim