I recently had the sad experience of attending a memorial service for the son of a friend who had died of a heroin overdose after using heroin laced with fentanyl.  I live in a rural area between two relatively small towns, and was shocked to find out that the hospitals were flooded with overdose cases that weekend.  I had written about the death of Philip Seymour Hoffman by heroin overdose, but had no idea that heroin use had become so widespread near my home town.

Neptune went into Pisces in 2011 but then retrograded back into Aquarius until February 2012 at which point it moved fully into Pisces.  Neptune is the modern ruler of Pisces and they both represent the human desire for a transcendent experience.  This transcendent experience can occur in a mystical moment at church, while watching an amazing sunset, in meditation, in creating art, or in less magnificent means such as through drugs and alcohol or mindless television watching.  You can read other articles about Neptune in Pisces here.

I have no first hand knowledge of this, but I understand that the experience of heroin brings a euphoric bliss, a sense of “being wrapped in God’s warmest blanket.”  This has Neptune in Pisces written all over it.  Neptune was last in Pisces between 1848 and 1862, a period which marked the spread of spiritualism throughout the western world, but also a huge increase in drug addiction:

Harper’s Weekly reported on the prevalent use of opium in the late 1850’s. The journal’s inaugural issue of January 3, 1857, carried the essay, “A Recent Confession of an Opium-Eater,” and in 1858 and 1859, the newspaper ran advertisements for Thomas de Quincey’s Confessions of an English Opium-Eater . News stories and illustrations took readers into opium dens, as well as reported the Second Opium War in which Britain fought to keep open its lucrative opium trade after the Chinese government prohibited the narcotic.

Harper’s Weekly alerted the public that the opium habit was spreading in New York City and across America. Custom houses reported 300,000 pounds imported in 1858, estimating 90 percent was intended for recreational use. It was a problem which affected all classes and ethnic groups, from Broadway to the Bowery. The effects of opium addiction could be noted in the “glassy eyes in Fifth Avenue drawing-rooms and opera-stalls,” and in the babies of beggar-women. The infants’ sleepiness was induced by laudanum (an opium derivative), which kept the children “fuddled continually, and permanently stupefied.” It was, in fact, a common remedy used by American and British parents, especially poor ones, for infants who were experiencing teething or other pains.

Apparently the extensive use of heroin and the danger of overdose has significantly increased with the passage of Neptune through Pisces in our century as well:

In just two years, deaths from heroin overdoses doubled in the U.S., according to a new report (PDF) from the Centers for Disease Control and Prevention. [This corresponds exactly to the time of Neptune’s entry into Pisces.]

Lest we despair, we must remember that the planets don’t create these problems.  Neptune’s role is to inspire us to achieve that mystical and magical experience – it is up to us to choose the direction we will take in reaching for the rainbow.

The symbol for Pisces is two fish swimming in opposite directions.  Pisces is said to be the sign of the saint and the sinner, the priest and the addict. It is our choice, as it always is, whether we will take the easy road of sleep and unconsciousness,  or remain awake and utilize the powerful energy of change that is coming.

October 5, 2014 Sunday poetry: A symphony for Venus in Libra
Recent Comments
0 | Leave a Comment
Browse Our Archives
Follow Us!

A little known fact about farting...
Spirituality Itself
Related posts from Astrological Musings 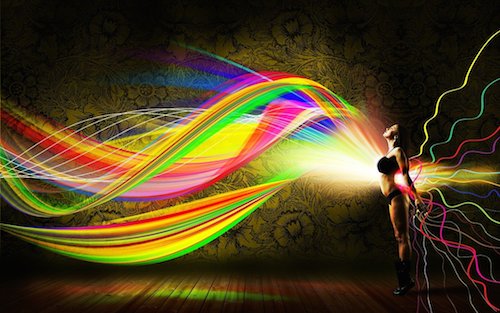