Planetary Illuminations for June are posted 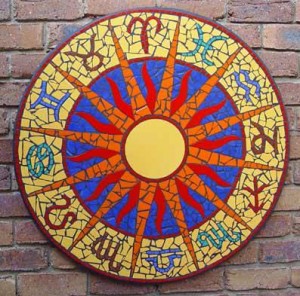 Meanwhile, here is an introduction for the month of June.  Enjoy!

As June begins we see the influence of the square between Uranus and Pluto begin to wane somewhat, but the two will not see more than two degrees of separation until the end of the year. This clash between revolutionary rebellion (Uranus) and destruction and regeneration (Pluto) will continue throughout the year but in June there are quite a few more harmonious planetary interactions that will provide support and help to facilitate the process of change that is inevitable under this influence.  Read more about the Uranus Pluto square here.

Chiron and Neptune both turn retrograde this month, at which point there will be four retrograde planets (Saturn and Pluto are both already retrograde). We have been in a relatively rare period over the past few months where there have been only one or two planets traveling retrograde (meaning they APPEAR to move backwards from our perspective here on earth). When a planet is said to be retrograde its operation is more internalized – more personal if you will. When there are fewer retrogrades life chugs on at a faster pace… retrograde planets tend to slow things down and force us to look back into the past so that we can revise our viewpoint.

As a planet prepares to turn retrograde its motion slows down to a crawl and its influence is more powerful, especially if that planet is affecting our own chart directly. Chiron and Neptune made a powerful alignment between 2009 and 2012 or so, exposing our ancient and painful wounds (Chiron) and inspiring us to transcend the day to day realities of the material world (Neptune) so that real soul growth could occur. They have separated since then, but as they both turn retrograde within days of each other the echoes of that cycle will necessitate release and soul growth through letting go of the past.

Mercury will turn retrograde on the 26th of June for its quarterly three-week revision period. While Mercury is retrograde the world operates differently and our attention must be refocused so that we can more effectively move through the details of our life. This is why Mercury retrograde periods have the reputation of creating snafus, but the retrograde process is crucial to deepening our wisdom and paying closer attention to our life as it whizzes by.

May 29, 2013
Uranus squares Pluto, splintering the Middle East
Next Post

June 11, 2013 Pluto in Capricorn and our decaying infrastructure
Recent Comments
164 Comments | Leave a Comment
Browse Our Archives
get the latest from
New Visions
Sign up for our newsletter
POPULAR AT PATHEOS New Visions
1

Life Purpose and Crisis (Part 2)
by Kathleen O’Keefe-Kanavos “The purpose of life is to contribute in some...
view all New Visions blogs
What Are Your Thoughts?leave a comment