When I first envisioned this project, this virtual ashram, I set up my order of traditions with a specific purpose in mind. I deliberately wanted Feri to overlap with Samhain, I wanted Christianity to overlap with Christmas and Lent, and I wanted Place to occur in the spring, when getting outside was more enticing. I was looking forward to Christianity because it is the one spiritual form that has ‘easy’ community. I have been involved in the local Church of Wales off and on as a singer, and in a community this small I now know many families there. I thought for sure this would be an interesting foil to the usually solitary nature of practicing Hinduism in a Western country or practicing witchcraft.

Of course, the best laid schemes of mice and men oft go askew. On December 21st, the day that my practice turns to Christianity, my family will say goodbye to Wales. As this project moves on I find myself dreading the Christian portion. But I’m committed to what I set out to do, and I will do it with an open mind and heart. I’m not sure how my practice will look in a new town, but at least the material will be familiar. So much for community.

I look forward to Place in the spring, as I’ll have a new land and a new place to get to know. I had hoped to dive into Wales and its mythology and secrets. I’d hoped I’d get to see a badger! Alas. What secrets does Washington hold? It has a mythology and language all its own, and I shall attempt to learn it.

Already the fold into Christianity begins. In the run up to Christmas I am singing with the chapel for their carol service. I love to sing and I love Christmas carols, even as I chafe at the words. I find myself having to translate theological language in order to get into the spirit. It’s much easier this time of year – who doesn’t have a prayer in their heart for the poor, the outcast, the suffering? I can happily open my heart to Light and Love. And still I dread the kingdom language and Father God language.

LastSunday night I took my son to the children’s Christingle service. He isn’t old enough to appreciate the songs or story, but an orange with lollies and a candle? That is some fantastic stuff right there! Afterwards there was a little party for all the children and wine for the adults. These festive, communal parts of holidays are what is missing from my life. I may be able to go without, but seeing the excitement on my son’s face as all the kids had their candles lit was beautiful.

December 12, 2011 Full Moon Kali Puja
Recent Comments
0 | Leave a Comment
Browse Our Archives
get the latest from
Pagan
Sign up for our newsletter
Related posts from A Witch's Ashram 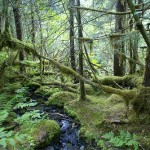 Review: True Heart Intuitive Tarot
Braiding together the insight and wisdom which comes from decades of experience,...

Private Traditions On Public Forums, What's Oathbreaking?
So much of my tradition has been published by people within that...
view all Pagan blogs
What Are Your Thoughts?leave a comment
Copyright 2008-2020, Patheos. All rights reserved.