Hospitality and the Witch

I have another post in the hopper about shamanism and modern witchcraft, but I had a dream this morning which set me on a different train of thought. In the dream, I was traveling with a group of friends and we stopped to visit an intentional community. (Like you do). The group was led by a messianic type figure; he didn’t seem to exert undue control over them, but he also seemed strangely disconnected from them, or rather they seemed disconnected from him.  He would talk about complex spiritual ideas and they seemed to half-listen and then reinterpret them according to their own personal inclinations, sometimes in diametric opposition to what he’d actually said.  We were all in a room together, having a meeting while food was being prepared. When it got to be meal-time, everyone just dug in. They seemed to produce plates and utensils from nowhere, so there was no way for me to join them.  No one made sure that I, the guest, had a plate or understood their etiquette; no one bothered to let the people who weren’t in the room (including my friends) know it was time to eat.  I observed this for a little while, waiting to see if anyone would act, and then went looking for my friends to let them know there was food.  By the time I came back, most of the people and most of the food were gone.  I asked one of the people who were still there, “Where are the plates?”  There was an exchange in which they got increasingly defensive and finally said, “You’re the one who wanted to eat our food.”

I felt, and was conscious of it as such in the dream, the same rage come over me as visited ancient bards before they spoke the glam dicenn.  I said, “Hospitality is one of the most ancient laws.”

And then I woke up.

There are quite a few possible implications of this dream, but the one I want to focus on is this idea of hospitality, especially as it has to do with witchcraft, Pagans, humans in general, and our dealings with the world around us.

It’s normal, healthy even, to form groups.  In any case humans are social animals and that’s what we do.  It’s also perfectly normal to reach a level of comfort and strong identification with that group such that many things don’t require discussion or explanation (although, as in the communications from the leader of the group in the dream, sometimes discussion might be beneficial no matter how familiar you are).  It’s quite another to behave as if no one outside your group matters, even to the point of excluding those who are among you but who don’t already know your ways (such as where the plates are).  In the dream, no one was unfriendly.  No one told me or my friends to leave.  They just made it very uncomfortable to stay for anyone who didn’t already belong.

I can’t tell you how many times I have seen this happen in real life.  Sometimes, I was the stranger being made to feel uncomfortable.  Sometimes, I have seen people wonder out loud why they couldn’t seem to attract more people to their group, after making a series of decisions that made it very hard for newcomers to participate.  I have undoubtedly been obliviously less than welcoming myself on occasion, for which I issue a blanket apology to anyone reading this who may have been affected by it.

This is a stultifying and limiting way to live.  One of the ailments of our age is isolation; lack of attention to hospitality as a virtue exacerbates it.  We demonstrably have problems with this even among ourselves (cf. my examples above, plus any conversation about inclusion, privilege, or anything of that ilk, ever), but how much more so when we reach outside our particular groups or religions, outside of the Pagan community, our own nationality or language-group…or outside of our species.  There’s a quote I’ve seen:  “Humans aren’t the only species on Earth, we just act like it.” We have a hard time even thinking of the living community that we live in and among as a community rather than an amorphous abstract thing called “Nature.”  Of course the other creatures who live here don’t think or behave or understand the world the way we do…but that’s not actually a reason to obliterate them, metaphorically or literally.  It is in fact all the more reason to pay attention. And to be hospitable:  My bird feeder and bird bath are ways in which I invite the winged folk to come and rest and have a little snack. The fact that I learn a great deal from them in the process is my reward.  How different would our society be if we regularly made a place for the wild folk, built pathways over our highways for migration routes, made room for somebody other than ourselves?

And if we can’t even deal welcomingly with non-human living creatures, plants and animals and birds and insects and fungi, then how exactly do we think we can treat with the Gods, the Fae, the dead, all the mysterious beings who inhabit that place we refer to, somewhat misleadingly, as “the Otherworld”?  which is our world, only seen from a different perspective, a larger one perhaps.  If your imagination can’t stretch to accommodate another human being whose background is different from yours, or to understand the agency  of a squirrel, then what’s going to happen when you try to approach the Mysterious Ones, whose ways are very, very different from our own?  If you want to form relationships with those beings, learn how to offer them hospitality first; it’s the first step towards a closer bond. It’s a practice, and a virtue, that seems simple but can carry you very far indeed.

August 7, 2014
In which Our Heroine attempts to explain Feri (part 1)
Next Post

August 14, 2014 Feri, An Apparent Digression (part 2)
Recent Comments
0 | Leave a Comment
Browse Our Archives
Related posts from A Word to the Witch 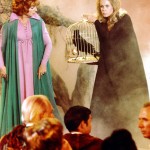 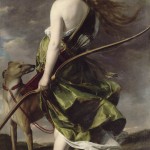