Witchcraft and the Monkeysphere

Witches generally speaking work in small groups and have a certain anti-authoritarian, anarchistic bent.  The latter is especially true of traditions like Faery which have no effective hierarchy beyond “initiate/non-initiate”* but it remains a trait of even (relatively) more hierarchical traditions.  As people experiment with more “churchy” organizational structures, that tendency may wane; however I think that inevitably the “witchiness” of a given group will wane along with it.  In his post “When Wicca is Not Wicca” Jason Mankey says “Wicca works best in covens, and not groups of 200 people.”   This is emphatically also true of other forms of religious witchcraft, possibly more so.  But why? And what do hierarchy, authority, and group size actually have to do with one another?

Part of the answer I believe lies in the monkeysphere, also known as Dunbar’s number.  This is an anthropological theory which states that there is a practical limit, determined by the size of the neocortex, to the number of others that a human being or other primate can perceive as distinct individuals; therefore, a limit to how many individuals with whom we can maintain stable social relationships.  Groups above that number tend to either break apart or develop restrictive rules and norms in order to maintain stability, along with ever-more-authoritarian means of enforcing those rules.  That number for human beings is somewhere between 150 and 250, depending on a number of factors including how much outside pressure there is to force cohesion and how much the members communicate and interact.

Wait a minute…I just said that witchcraft works better in small groups, much smaller than 150.  Dunbar’s number is the upper limit of any kind of group cohesion, including the kind between neighbors and tradition members.  It’s worth noting in this context that not long after the number of Feri initiates passed 250, the tradition split.  The level of intimacy required between coven members in order to function as a coven…in order to do good magic…is far greater.  I would say, an order of magnitude greater.  It just so happens that if you reduce Dunbar’s number by one order of magnitude, you get 15…which is darn close to the traditional number of 13 witches in a coven.

Well and good.  This is a rationale for why witchcraft traditions are (dis)organized the way they are, and a counter to the arguments for bigger organizations and paid clergy (which by necessity go together).  Note that I am not saying that Pagans can’t have large organizations or church-type structures, if they wish.  What I am saying though is that it is a trade-off, and that if you choose a hierarchical group with by-laws and dues and so forth you are choosing not to have the kind of intimacy with one another that is an inherent feature of smaller groups.  I am also saying that once you do that, it’s going to become less and less like witchcraft, and more and more like Baptists.

I don’t have one single thing against Baptists as such. But there is a reason why I am no longer one, and part of it is that my current religion feels more like home.  I am respected and seen in some important ways that I did not experience in the religious tradition I was raised in, despite their genuine efforts to reach out to all members of the congregation as a matter of both theology and practice. I would like to suggest here that it’s possible that one of the most significant things which create the difference between a Pagan group and a Christian one is not actually theology but structure.  That is because most people, unless they take it up as a hobby, are fairly fuzzy about theology, but everyone participates in the way their particular religious tradition is structured…by necessity.  Which in turn shapes both behavior and ideas.

The notion of the monkeysphere and its corollary with regard to coven size also points to some valuable insights about how witchcraft groups should work:  spending non-focused social time together as a group, one on one time with each other as individuals, talking out how the group as a whole feels about various issues.  Of course, all that requires time, and some months it’s all my coven can do to get  together for ritual, but on the other hand the majority of our “ritual” time is actually spent eating and talking…

That intimacy is important for its own sake, but it is not “just” social time.  We humans are social creatures; it defines us.  The relative lack of rules and enforcement in a small, intimate group, where boundaries of behavior are negotiated between individuals of equal standing, means that such a group has the potential for reaching an ideal balance between compassion and freedom possible nowhere else; the addition of religious ritual has the added bonus of fostering group cohesion without having to enforce additional constraints. And because we are not just talking about a quirk of religious witchcraft traditions but inherent qualities associated with being human, all of this also has implications for society as a whole.  “How can we best be human with one another?” is perhaps the most crucial question we can ask.  How can we retain that humanity when, as we must, we are dealing with the larger world? I think ironically the answer lies in those small groups, where we can be seen most fully as ourselves, and learn to see others most fully as well.

*I know some people have attempted to assert or form a hierarchy with wand colors indicating rungs, however I am here to tell you that it never actually worked. 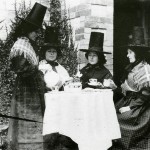 January 27, 2015 Imbolc, Poetry, and Tea with the Queen of Faerie
Recent Comments
0 | Leave a Comment
"I agree with the importance of attribution. And you are right in the late 1970's ..."
CopperJet The Importance of Attribution
"Sorry to see you go, Sarah, but I understand. I've been considering the same choice ..."
Sable Aradia So long…
"Ugh! Well, if I have to grit my teeth and visit Wal-Mart for peacock duct ..."
artofthefirebird In Praise of Duct Tape
"Somewhere perfectly ridiculous like Wal~Mart."
Sara Amis In Praise of Duct Tape
Browse Our Archives
Related posts from A Word to the Witch 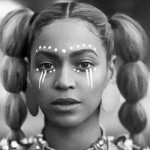