The very first post on Gods and Radicals was “Respectability Politics: Act Like The System So That The System Will Listen?” by Jason Pitzl-Waters. As I was reading, this line leaped out at me:

“The politics of respectability, a term coined by Evelyn Brooks Higginbotham, is a tactic of performing compatibility, one of self-policing by oppressed and marginalized communities to gain advancement and acceptance within whatever the dominant culture or system may be.”

I thought to myself, I’ve done that. Not so much as a Pagan, but as a Southerner from Appalachia.  I am very conscious of the fact that as soon as I open my mouth, if I talk like where I’m from, people will start assuming things about me. It happens even here in Atlanta but more so when I go anywhere else in the United States.  And inevitably, if I stop being self-conscious of people’s stereotypes about those who speak my dialect of English for a minute or two, somebody will remind me….usually by telling me I don’t have an accent like it’s a huge compliment.

The truth is I do have an accent, but I have flattened it considerably in exactly the same adaptive response Jason refers to in his article.  I have dropped many dialect words from my vocabulary as well.  I did this for years and barely realized it until I got a job working for an electrical parts distributor and therefore started talking on the phone to electricians all over the Southeast.  Not only did my accent come back, but I realized that I thought and felt differently. The Sapir-Whorf Hypothesis applies to variants within a language too.

My reaction to this realization was an immense sadness.  I had lost part of myself.  To other people’s stupidity, no less.

I rebel. I reject the stupidity and all of its underpinnings.  There’s more to this than people saying rudely oblivious things to me, of course…but I think it is best if you hear what I have to say, in my voice.  To that end, I made a recording of a post I wrote about the Elk River disaster in West Virginia last year,  “Poison in the Heart of the World.” 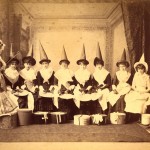 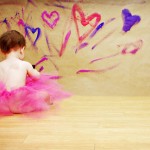 March 28, 2015 How Magic Works in Real Life
Recent Comments
0 | Leave a Comment
Browse Our Archives
get the latest from
Pagan
Sign up for our newsletter
POPULAR AT PATHEOS Pagan
1

Mabon: The Most Pressing Issue of...
Raise the Horns
Related posts from A Word to the Witch