Oracle in the Aftermath

I’ve been gone for a while, but I felt it was time to start writing again.  I have been a professional reader for 25 years, and it is my primary gift that I can offer at the moment. Here is my reading on the state of the nation in the aftermath of the election:

Current situation: Four of Pentacles crossed by Death. We are trying desperately to hold on to old structures that are already in the grip of the forces of transformation and dissolution.  Astrologically, Pluto is in Capricorn and these two cards are a visual representation of that in action…the chthonic Ruler of the Underworld plowing through petty obstructions too weak to hold him back.  The levee is breaking.

Recent past:  The Tower.  Upheaval.  Pride goes before a fall.  Do not be too quick to interpret who this applies to, or assume that it favors one side or the other.  This means all of us.

Near future:  Strength reversed.  We aren’t done yet.  Our weaknesses will continue to be revealed.  Because all of these cards (the Tower, Death, and Strength) are Major Arcana, this is our collective karma at work and there’s not a damn thing we can do about it except to endure.

Below:  Knight of Wands reversed.  Cruelty, anger, misuse of power.  Ideals gone awry. Also, creative power thwarted; we are a nation of builders and makers who have become servants or simply idle.

Above:  Ten of Pentacles.  There are two ways to interpret this:  One is the the situation is being shaped by plutocrats who have the money, power, and legacy to do so.  But I usually interpret this card in a positive light; it’s about family and community, and prosperity in the service of same, not just for its own sake. Both could be true, depending on how things work out.

Influence of others:  Ten of Rods reversed.  Also ambiguous.  It could mean freeing ourselves of burdens; it could also mean getting stuck.  Either way, our allies in the world aren’t going to be able to help us much. They have their own problems.  Although, it implies that other nations won’t do us a whole lot of harm either.  Overall, breakdown of cooperation means important work won’t get done, but it’s not a card of open conflict.

Hopes and fears:  We are hopeful of overcoming difficulties, and winning a difficult battle.   Our fears make us prone to suspicion and casting blame, and a further breakdown of the social compact.

These last four cards provide commentary on the rest, in particular the outcome:

Conflict that goes nowhere. Poverty and the dark night of the soul. Some are hopeful, but at the end of the day none of us can succeed when some of us are left out in the cold. The way out of despair is studious contemplation of what is happening and why, knowledge, inclusion of those who have been excluded, practical problem-solving. Coupled with the outcome card, I take this to mean that we got in this situation because of betraying our fellow Americans (again, this means everyone) and it will take some serious introspection on what a real community based on respect for each other would look like…and then trying to build it. It’s not going to be as easy as it might have been, and yet, it is still possible.

Overview:  We are in for a bumpy ride.  I expect further breakdown of our institutions, more shocks to our national self-image, and economic upheaval.  But I don’t see doom.  If we can learn to take care of one another, we will be all right in the end.  It’s going to take some doing, but Love really is the answer.

I would like to remind everyone that I am speaking from the place of the Oracle; what I say is what I see. This is an invitation for the introspection mentioned in the reading, and not for the blame-casting. Certainly not for gloating. I am not in the mood.

If you are interested in a personal reading from me, I am available in person and by phone on Mondays and Saturdays at Phoenix and Dragon Bookstore in Sandy Springs, Georgia, 404-255-5207.

Find me on Facebook at A Word to the Witch.

May 22, 2017 So long...
Recent Comments
0 | Leave a Comment
"I agree with the importance of attribution. And you are right in the late 1970's ..."
CopperJet The Importance of Attribution
"Sorry to see you go, Sarah, but I understand. I've been considering the same choice ..."
Sable Aradia So long…
"Ugh! Well, if I have to grit my teeth and visit Wal-Mart for peacock duct ..."
artofthefirebird In Praise of Duct Tape
"Somewhere perfectly ridiculous like Wal~Mart."
Sara Amis In Praise of Duct Tape
Browse Our Archives
Related posts from A Word to the Witch

Pagan
The Power of a Song
A Word to the Witch 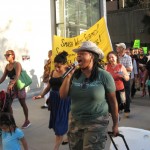