We Know The Voice of Evil

“Whoever the murderer is, I know him: not his identity, but his coming about, in this time and place. That is, I ought to have learned by now, from here, what such a man, intent on such a deed, had going on in his mind.” — Eudora Welty, on her thoughts which led to the writing of “Where Is The Voice Coming From?”

I went to a march and vigil Friday night…from the Georgia Capitol to Big Bethel AME, about a mile away in Sweet Auburn.  There was singing, because one of the ways humans react to suffering is by making beauty; spinning the straw of sorrow into gold.  Black Americans are masters of it.  They have needed to be.

A fact pointed out by one of the speakers is that the shooting was on the anniversary of a slave revolt led by Denmark Vesey…one of the founding members and the actual builder of the original Emanuel AME Church.  In other words, even before other information came out, the circumstances suggested careful planning and deliberate purpose, and did not support the notion that he was random or simply unbalanced.  Unless, of course, you really really want that to be the case for emotional or less savory reasons.   But then, of course, people found his manifesto.

I read it.  I don’t recommend it. It is creepy in its level of absolute banality with screaming horror bubbling underneath it. On the other hand…maybe everyone should read it. Because you have definitely seen those arguments before. Some of them possibly from people you know, or who your friends know.  You can see its like on certain corners of the Internet any day of the week.

Even before reading the manifesto, this had been on my mind:  The night Medgar Evers was murdered, Eudora Welty sat down and wrote a complete draft of a story, channeling her rage and revulsion into words.  Because, as she said, she knew the voice of  “such a man, intent on such a deed.”  She was so spookily accurate that some details of the story were changed before it was published not too long after in The New Yorker….because the murderer had been apprehended by then, and it was feared those details might prejudice a jury.  That story was “Where Is The Voice Coming From?”

Here is the terrible truth:  This violence is not precisely an aberration.  It is the extreme…some might say, the logical…extension of ideologies, arguments, positions, and cultural tendencies which we see, accept, and perhaps even participate in every day.  It is in the air we breathe, the social water we swim in.  Only a few of us develop the cancer of racist* violence, but one way or another, it has poisoned us all.

We do not have to accept this.  Indeed, once we have realized it on our own or had it pointed out, I would argue that not accepting it is a moral imperative.  We have the power of our own voices, actions, choices…all of the things which serve to bind us, may also make us free.  That work of liberation (in case you’re wondering what all this has to do with witchcraft) can and ought to be fostered by spiritual practice…otherwise I dare say your spiritual practice is not worth a damn.  The first step on that path is to look hard at the things we have been avoiding eye contact with, and see the things that go unseen, unheard, ignored…no matter how uncomfortable it makes us.

I am no Eudora Welty, but I do know the voice of such a man.  And so do you.

*Or sexist, homophobic, transphobic…because they are all connected. 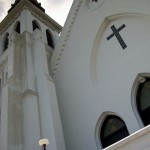 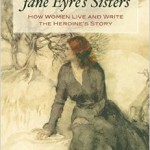 June 23, 2015 Book Review: Jane Eyre's Sisters by Jody Gentian Bower
Recent Comments
0 | Leave a Comment
"I agree with the importance of attribution. And you are right in the late 1970's ..."
CopperJet The Importance of Attribution
"Sorry to see you go, Sarah, but I understand. I've been considering the same choice ..."
Sable Aradia So long…
"Ugh! Well, if I have to grit my teeth and visit Wal-Mart for peacock duct ..."
artofthefirebird In Praise of Duct Tape
"Somewhere perfectly ridiculous like Wal~Mart."
Sara Amis In Praise of Duct Tape
Browse Our Archives
get the latest from
Pagan
Sign up for our newsletter
POPULAR AT PATHEOS Pagan
1

Based on True Fiction: Chaos Magic...
Fivefold Law
Related posts from A Word to the Witch