A Muslim for Obama

I have long argued that as muslims, we must avoid allowing ourselves to declare an allegiance in politics. The Democrats have never seen Muslims as anything other than yet another swing vote to be courted when convenient, and in the case of the Dubai Ports World affair actively fearmongered against the specter of Islam for political gain. There is also an antipathy towards spiritualism and faith among the activists of the left with which a devout muslim can never fully reconcile.

However, The Republican Party is overtly hostile to Islam, and in this cycle as never before that Islamophobia has gone mainstream. Simply put, the GOP has declared war on Muslims, and I reject them utterly.

I voted for President Obama in 2008 not as a muslim but as an American, a liberal, and a patriot. I never expected him to be the progressive saviour of politics, or any kind of political messiah, and in fact he has governed largely as I expected he would. He has been an economic and social centrist, and has governed with an eye towards the good of the Nation rather than mere political advantage.

Though far less than the previous Administration, the President’s continuing over-reach on civil liberties is disquieting. My concern here is tempered by the fact that I am all too aware of the continuing threat to my nation by radical Islam, which is why I did not shed tears for the death of Anwar al Awlaki. And though he failed to close Guantanamo, it was not for lack of trying – he was stymied by Congress (including Democrats). Yet I vociferously disagree with the President on his policy of using drones as instruments of warfare. I am a radical in this regard, because I believe the United States must renounce the doctrine of collateral damage.

However, these are difficult choices that a President must make with the safety of the entire Nation in mind. The important thing is intention, and on that front I have seen that the President has refused to engage in warmongering rhetoric about Iran, and that he has reached out to the Muslim world with sincerity and respect (most notably in his Cairo speech and the Science Envoys program). My own attendance at the US – Islamic World Forum in D.C. last year proved to me that the Administration sees the Muslim world as a mutually-beneficial relationship and not an adversary. And of course we cannot forget that the President ended the war in Iraq, and is ending the war in Afghanistan.

The bottom line for me is that President Obama has done his best. He hasn’t given me everything I wanted but even when he made decisions I disagreed with, it was out of a calculus that I can understand and appreciate. And the legacy of the Bush Administration on every front, domestic and foreign, has not been a negligible obstacle. I believe in the President’s leadership and his sincerity, and I think he represents the best option for Muslim Americans to see our aspirations realized. This is why I am declaring my support for President Obama for President in 2012.

I encourage other muslims to decide for themselves whether or not President Obama has been better than President Bush, and whether he would be better than a hypothetical President Romney (who is now clearly pandering to Islamophobes on the campaign trail), and act accordingly. If you are muslim and you decide to support Barack Obama for President, then I urge you to donate via the official Muslims for Obama donation page, which will let us concentrate our voices and make ourselves heard more effectively than if we remain disunited. You can also follow Muslims for Obama on Twitter or the official Facebook page. Join us, and let’s win this thing.

UPDATE: a few words about drones…

(originally posted at City of Brass)

September 11, 2012 Presidential religion
Recent Comments
0 | Leave a Comment
"The solution is to stop giving the president more power than they were intended to ..."
TinnyWhistler the question of representation
"Well, if our centuries-old system of government doesn't get you the president you want, then ..."
Sean the question of representation
"In this country, by the way, more terrorism is committed by the white right than ..."
Barros Serrano Muslim Americans should be single-issue voters
"It is not only in this day and age. Examine the historical behavior of the ..."
Barros Serrano Muslim Americans should be single-issue voters
Browse Our Archives
Related posts from Aziz for America 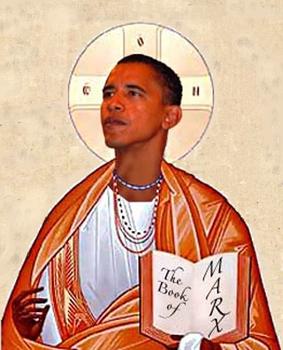