There Is No Such Thing as a Charismatic Mass

Within our most marvelous, most excellent discussion of our So Very Sacred Liturgy, a few have brought up the fact of being both Traditional and Charismatic Catholics, and of seeing no problem between the convergence of these two. I agree, because the Liturgy is not Traditional, nor is it Charismatic; it simply is, and is attended by Charismatics, Traditionalists and all the rest. I do take issue, however, with the idea of a Charismatic Mass. It’s not that I dislike the music or the expression involved, it’s that, well, the Charismatic Mass doesn’t exist.

Now, the Charismatic Renewal is an authentic, beautiful movement of the Holy Spirit within the Catholic Church. As Cardinal Joseph Ratzinger, now our beloved Pope Benedict XVI, described it:

At the heart of a world imbued with a rationalistic skepticism, a new experience of the Holy Spirit suddenly burst forth. And, since then, that experience has assumed a breadth of a worldwide Renewal movement. What the New Testament tells us about the charisms – which were seen as visible signs of the coming of the Spirit – is not just ancient history, over and done with, for it is once again becoming extremely topical.

The Charismatic movement is defined as seeking the charisms Paul talks about – tongues, prophecy and the like – and is associated with joyful music, open-armed prayer, life in the Holy Spirit, and generally with active responses to the love of God.

While these are very, very good signs, they do send an interesting message when they are attached to the Liturgy.

St. Paul made this fact very clear, that the charisms – those extraordinary gifts of the Holy Spirit at the heart of the Charismatic Movement – are not simply good things in and of themselves, but good things in their usefulness for building up the Church. He says “Since you are eager for gifts of the Spirit, try to excel in those that build up the church.” (1 Corinthians 14:12) and “When you come together, each of you has a hymn, or a word of instruction, a revelation, a tongue or an interpretation. Everything must be done so that the church may be built up.” (1 Corinthians 14:26)

Now then, what is the Holy Mass? It is:

…the source and summit of the Christian life in which (the children of God) offer the divine victim (to the Father) and themselves along with it” (Lumen gentium, n. 11)

So what’s the problem with a Charismatic Mass? This: The idea contains an inherent contradiction.

As we’ve established, the Charismatic movement is just that – a movement. Whereas the 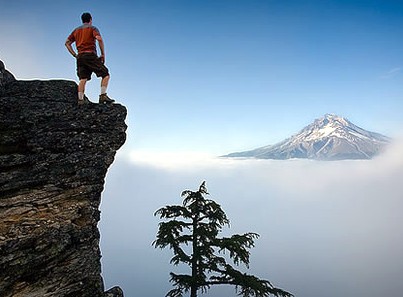 Holy Mass is an arrival – the summit of our faith. A Charismatic Mass seeks the impossible – to move the Church when the Church has arrived at its summit. Further upwards when the mountain has been climbed.

To make the same point: The Charismatic Renewal is just that – a renewal. The Holy Mass is the most perfect form of prayer. Thus a Charismatic Mass seeks the impossible – to renew perfection.

So again, and as always, the answer doesn’t lie with some particular “I-am-this-and-all-else-is-heresy!” type. The answer just takes some understanding of what the Church is. Until next time!

November 18, 2011 Walker Percy Interviews Himself
Recent Comments
0 | Leave a Comment
"All political art is lame?"
George Arnold Ghosts With Erections
"I don’t know what bible your reading, but if you really think Jesus wanted his ..."
George In Defense of Covering Catholic Churches ..."
"1. Conflates a child's sense of wonder with religion.2. Untold thousands of children have been ..."
Lucius 3 Arguments Atheists Aren’t Allowed To ..."
"Brilliant and mind opener. You're hot! Jajaja"
agusq1970 Modesty Sets Fire
Browse Our Archives
Related posts from Bad Catholic 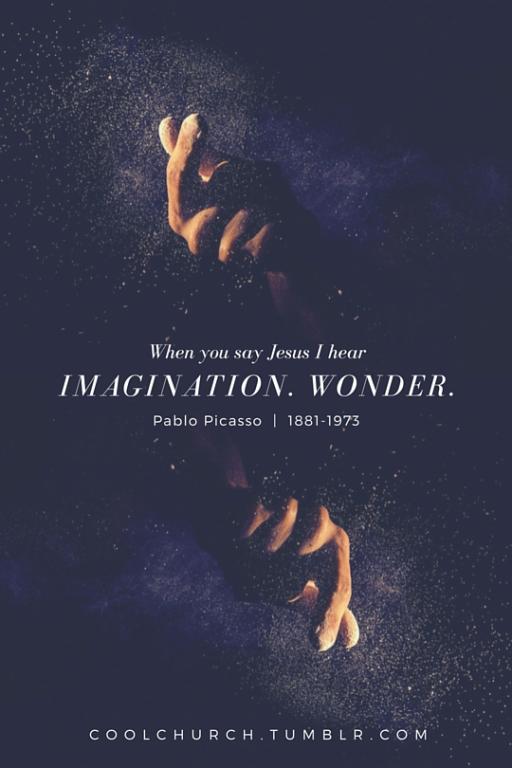 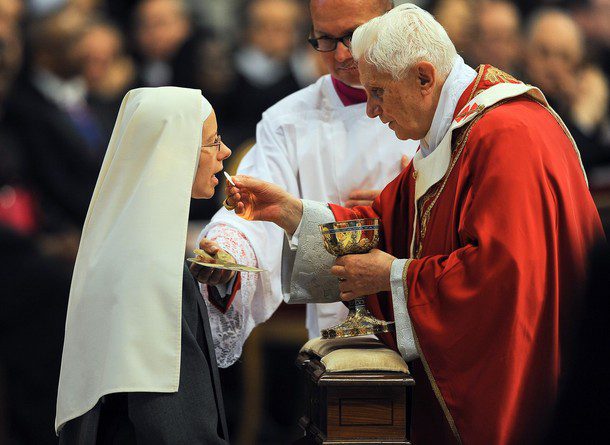