There is a tragic aura to the young man driving around my neighborhood in Steubenville, Ohio, pushing heroin out to “customers” at street corners, his barely drivable car decked out with “playboy” stickers, rims, window-tint, and a rusted-out body going into seizures with the bass of a song produced in California, repeating “it’s all about the money.” The tragedy is not that he is poor, but that he is very, very rich.

…and this sounds like a pleasant hurrah for American optimism and the theology of “lifting oneself up from one’s bootstraps” — until you’ve met a temporarily embarrassed millionaire, or seen him in yourself. The impotence, the rage, the resentment, the posturing, the shame, and the self-delusion that comes from devouring the values of a wealthy culture, becoming a millionaire of the heart, while simultaneously finding oneself always outside of the milk and honey, never a millionaire in the flesh…

Money as an end value is merely depressing when you can get it. This same greed preached to a poor community who can’t get it is utterly destructive. Our ingrained, individualistic capitalism that measures success by salary and sees all men and their projects in competition with each other, this “self-made man” stuff, enthroned as a dominant value in those who cannot and will not amass the wealth of a privileged college graduate — it’s not pretty. Drug-dealing is not some seedy underbelly of American culture — it’s a logical incarnation of our economic ideology.

But there’s another, more obvious way in which the rich sell their sins to the poor. 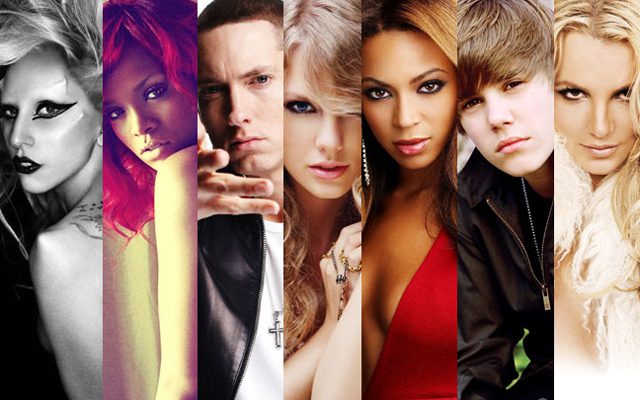 TV, Radio — and, to some extent, the Internet — are our cheapest forms of communication and entertainment. They are readily available to those suffering from poverty — even the poorest neighborhoods in America have satellite dishes. But watch MTV. Listen to any pop song. Indulge yourself in what is cheapest to put in the eye and the ears. You will be told to earn money, party gratuitously, spend indulgently, remain utterly independent, and have sex indiscriminately, usually in the space of a single song, music video, or TV show. From Jersey Shore to Miley Cyrus, cheap media sells an expensive life.

The problem is the same problem with preaching a capitalistic theology of wealth to individuals and communities that cannot live up to its standards. What is shiny in a wealthy community loses its gleam in the projects.

Sin is easier when you’re rich. This is most apparent in wobbly world of sexual ethics: When you can pay for regular birth-control, sterilizations, abortions, divorces, daycare, and all the rest, it’s easy enough to superficially glorify the freedom of sexuality from fertility, responsibility and family. The average sitcom or TV-drama involves a bunch of sexually-liberated yuppies, the plot-lines usually revolving the fascinating question of who will sleep with who next — from How I Met Your Mother to Friends. The average pop song is about a drinking at a party and sleeping with person A, B, and/or C. But when you can’t afford it, when you don’t have the money to help negate the  material consequences of this preached and promoted individualistic sexual life — it gets sad.

It’s an ugly classism that looks at the sins of our poor communities — abortion, fatherlessness, addiction, etc. — and refuses to acknowledge that these sins are but repetitions of the sins preached by a wealthy culture — without the cushion of money that negates immediate consequences. Uncommitted marriage and the tacit approval of adultery are sins that can be absorbed by the ease in which the wealthy divorce — buy another house, far enough away, commute to see the kids. The spirit will never be assuaged, but our economic positions allow us to ease the material pain. Without this cushion of money, things aren’t so neat and pretty. There can be no “buy a new house,” no “commute to see the kids,” no paying money for lawyers — but this isn’t what we push through the media, that great portal of ideology from the rich to the poor. 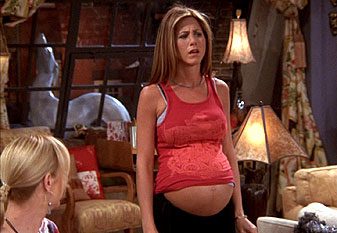 It’s not hard to visualize the problem. Just imagine any yuppy sitcom you’ve had the pleasure of seeing — and take away the constant availability of money. Have Ross’ wife divorce him for a woman, Rachel get pregnant and later leave Ross, all without the bumbling “oh isn’t this funny!” that comes from nothing ever changing, with the security of money and, yes, the friends that surround every one. Make a romantic-comedy more realistic: She gets pregnant after the third kooky get-together, he can’t afford a kid, leaves, and she starts calling abortion centers. Or take any pop song you like and try to imagine the same words coming from a woman who is about to be evicted from her apartment because she can’t pay the rent. Katy Perry, I dunno:

It’s not just that it’s impossible to live up to without a plethora of money to cushion the consequences — it’s that it gets really sad, really fast, when you imagine this being the story of poverty and not of wealth.

Try to believe that the ethics and values preached by the wealthy on TV screens and across radios would lead to their same happy life if lived without the support of wealth — if you cannot, you are not alone. Yet these are precisely the values sold to the poorest in America. Of course, people struggling with poverty are not hapless victims of “media influence” — no one has to consume media, much less be influenced by it. But the connection is undeniable.

If we want to live in despair, fine. If commitment towards family and place, sexual irresponsibility, constant entertained escapism, excessive vanity, diversion after diversion, an ethos of acquisition, a vague and easy agnosticism, a remarkable displacement from community — if this is the mode we deem worthy of our bodies and souls, let’s live it. We can afford it. We can buy divorces, abortions, surgeries, xbox’s, and isolation. But let’s stop selling it to our neighbors. 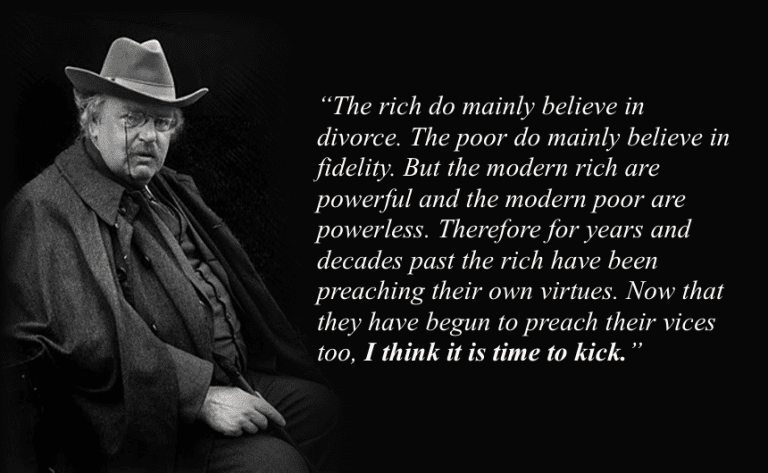 June 28, 2014 How to Kill a Community: Lessons From Mediocre Rappers
Recent Comments
0 | Leave a Comment
Browse Our Archives
Related posts from Bad Catholic

Catholic
The Poor and the Religious
Bad Catholic 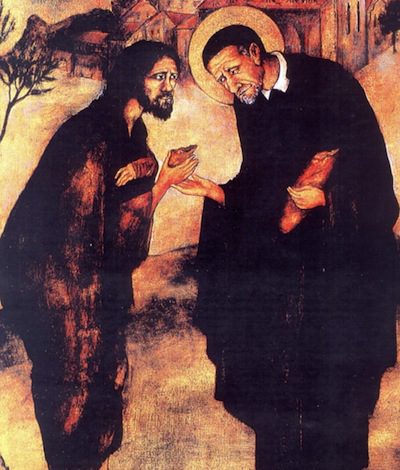