The Blessings of Secularism

I first cared about being Catholic, not out of any profound love for the person of Christ, but out of a profound distaste for my other options. That Christ came, died, rose, and established a Church under the authority of the apostles united under Peter — I’m still learning it. That I’d sooner cut my own toes off than live life as, say, a self-proclaimed ‘freethinker’ of the Reddit school — that was an immediate judgment of taste, something akin to not wanting to wear Crocs or dye caramel tips into my hair. This became particularly apparent in high-school, when I was asked to use CE and BCE instead of BC and AD as the proper acronym for dividing history in half.  The switch was explained as a secularization of “Before Christ” and “Anno Domini [In the Year of Our Lord]” to “Common Era” and “Before the Common Era,” one which enabled us to refer to periods of history in continuity with the historians of the past — all without bringing in this “Lord” stuff. We were to remain respectful in a pluralistic age.

Now the problem with secularization is that it is not secular enough. CE and BCE refer to the “common era” and “before the common era,” but this is a mere change of name, and so the entirety of history is still divided in accordance with the birth of Christ.

The only difference is that we are now trying to deny it. Anyone with the vaguest spark of curiosity, upon learning that time itself has been split like a watermelon, can still ask: What inaugurated this “common era,” this “Era Vulgaris,” the age of all peoples? What is the reason for the division? At which point the good pluralist can either lie and mumble that the age is thought of as ‘common’ for some non-theological reason — or he can tell you about Jesus. The secularist has not secularized history, he has merely obfuscated a Christianization of history, maintaining the fact and changing the name. And far from diminishing the Christian tradition, this obfuscation highlights it, as a veil may highlight a face, or as a the obscurity of a mystery may make it all the more tantalizing. To assume the importance of Christ, to know that we live in 2015th Year of Our Lord and that the ancients lived Before Christ — this familiarity breeds contempt. But to discover the secret of history, to uncover, out of the vague and seemingly-arbitrary BCE/CE rift, the astronomic importance of a strange and brilliant Rabbi who healed the sick and claimed filial relation to the Almighty God — this puts an innocent, unassuming student into right-relation with the Christ.

So it is not quite proper to say that it was a distaste for my “other options” over a love for the person of Christ that drove me to the point of The Church. Rather, the “other options” are so hopelessly Christian that they unintentionally accentuate the very person they try to downplay. I learned of the importance of Christ through the weird and fearful fire reflected in the eye of the secularist gazing upon him. AD/BC showed that the birth of Christ was important. CE/BCE show that it is indispensable. AD/BC was a practical bit of Christian reasoning. CE/BCE is a terrified inability to be anything but Christian. The website Religious Tolerance — don’t ask — can say “CE and BCE are notations that are not based on religion or myth…they can be embraced by all,” but can the religions of the world embrace the division of history based on the birth of Christ, now that Christ isn’t in the name? What a remarkable, subversive, near colonial expansion of the Christian empire if they do!

But this debate has already been. I am interested in its implications. The difference between Christianity and secularism is not the difference between two competing worldviews, faiths, or philosophies, but a difference between a meaningful universe and objective silliness. The project of secularism has not been to assert anything non-religious (for indeed, how could one assert a ‘non’?) but to rename the religious. The cathedral becomes the museum, Christmas becomes Wintertide, Charity becomes philanthropy, the ethics of Christ become the ethics of ‘rational and advanced human beings’ (with modifications), the sacrament of marriage becomes a ceremony, the City of St. Francis becomes San Francisco, baptism becomes a useful literary symbol, we forget the ‘holy’ in ‘holiday,’ the ‘God be by you’ in ‘goodbye,’ as the French forget the ‘a dieu’ (to God) in adieu — this ‘renaming’ is really no more than a separation of things from their origins and of words from their meanings. The universe that results is obscure, awkward, ill-fit, absurd — everything without explanation. But this is the perverse blessing of secularism, that the degree to which everything is without explanation is the degree to which Christianity asserts herself as the explanation.

C.S. Lewis said: “I believe in Christianity as I believe that the sun has risen: not only because I see it, but because by it I see everything else.” How much more will this be the case if secularism achieves some final form of renaming, and all things are Christian in potentia? Christ will be Savior twice-over, for by the power of his name, like a flash of sun between a slit of cloud, all things will be illuminated. Every holiday, every word, every date, every building, every city, every name, every thing which has retained its factual existence but whose meaning and raison d’etre been held in suspense by a secular renaming, all will be flushed with meaning, all will make sense, all be made new — as it was, and new. Who will doubt that Christ is the very meaning of life, now that he gives new-found meaning to the very food you eat, to your weekend and your clock, your books and your street names, to your university education and your liberal arts degree? Who will doubt that he is Savior, now that he has saved the day to day living from the arbitrary and the meaningless, from the divorce of things and their names? The great secular hiding has only inaugurated the possibility of a greater Christian seeking. Seek him while he may be found. January 24, 2015 The Difference Between a Renaming and a Baptism
Recent Comments
0 | Leave a Comment
"All political art is lame?"
George Arnold Ghosts With Erections
"I don’t know what bible your reading, but if you really think Jesus wanted his ..."
George In Defense of Covering Catholic Churches ..."
"1. Conflates a child's sense of wonder with religion.2. Untold thousands of children have been ..."
Lucius 3 Arguments Atheists Aren’t Allowed To ..."
"Brilliant and mind opener. You're hot! Jajaja"
agusq1970 Modesty Sets Fire
Browse Our Archives
Related posts from Bad Catholic 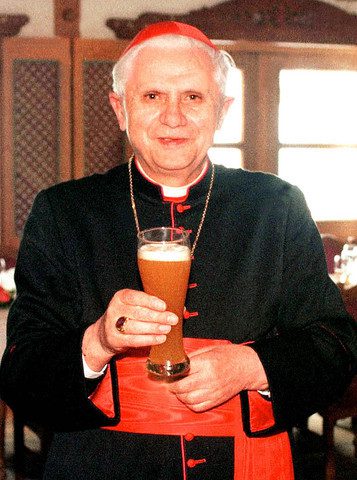