Pagan Book Review: The Chains that Bind by Sarah Buhrman

The Chains That Bind by Sarah Buhrman
My rating: 5 of 5 stars

I’ve long been a fan of the Runespells series, which I’m sure everyone knows by now. I happened to get in on the ground floor just after the first volume, Too Wyrd, came out.

This one is the best yet!

I sat down to read this last night after I finished some editing, sometime around 1 a.m. I was thinking I would bang off a chapter or two and then get some sleep. Before I knew it, it was four o’clock in the morning and the book was done. A real page turner!

Nicola is just a normal single mom who happens to be a modern Norse Pagan. Or at least she was, before she was tasked by the Aesir and Vanir to avert Ragnarok. By now she is thoroughly traumatized by all the horrible things she’s experienced in the first two books, and she’s in therapy. Which is difficult when you can’t tell your therapist that actual Norse gods are involved. But Nicola takes it seriously and is giving it a good college try.

She has PTSD, and Buhrman has done her research. As a person who also suffers from PTSD, I can’t tell you how much I love her treatment of it. I don’t have as many full-blown flashbacks as Nicola does, but then again, mine comes from an abusive childhood, not a war zone.

It’s the rest of the way that Buhrman handles it that impresses the hell out of me. PTSD sufferers have ramped-up fight-or-flight responses. They manifest in numerous “inappropriate” situations that share hallmarks with the triggering event that caused the PTSD. Nicola’s manifests like mine does. She lashes out in tension and anger. Fear is what she does when the anger won’t come or fizzles into fear instead. As a result, she is regarded as odd by people who witness it, and manages to drive away a lot of her dearest loved ones just when she needs them most. Dis me. I deeply appreciate Buhrman’s sympathetic treatment of it, even as she refuses to allow Nicola to avoid accepting her own responsibility in the recovery process.

Much of the plot of the book, and the final outcome, centers on Nicola getting her feces coagulated. Nicola is revealed in the previous book to be a Berserker. Much attention is given to the idea that anger can, in fact, be a good thing; it’s all in appropriately channeling it. It’s an empowering message.

The plot races on at a breakneck pace. Buhrman doesn’t let up for a minute. Punctuated by the snarky humour that her fans have come to love her for, the plot is intense and driving. Just when you get comfortable, something else happens to kick the foundation out from under you and you’re back on the crazy train.

Nicola and her bestie, Joseph, are in a desperate race to stop a woman who has escaped from prison from releasing Fenrir, the giant wolf destined to eat the world, and keep him from starting Ragnarok. And he just happens to be imprisoned somewhere along the Appalachian Trail, where Joseph has taken Nicola on a hiking trip to get some distance and work through her issues. (Why not? We know the Norns are involved!)

I’ve traveled in the area Buhrman describes, and she spent some time, even with the breakneck pace, to get it right. I’ve seen little stores like the one in the story, It’s clear that the Appalachian woods are also the legendary forests of myth. Yet she manages to balance that our characters are present-day people. They make use of their cell phone apps (when they have enough bars to do so.)

Friends and foes from previous books make logical appearances that naturally fall out of established plot in the series. And the final confrontation, which is gritty and complex, sees our hero making an ethical decision that you don’t often see the heroes making. It  quite literally made me cheer (“Yes!” I cried at four in the morning, pumping my arm,) as Nicola’s thoughts and words explain why perfectly.

If this book has weaknesses, there are two.

The first is that you really have to read the other books first to understand what is going on. Buhrman made the decision not to slow down her plot with infodumps or explanations of past events. I think that’s perfectly valid for the third book of a series. If you’re going to pick it up, you’re probably not going to do so at this stage, so mostly she’s speaking to already established readers. But even I, who hadn’t read the first two in a while, found myself occasionally muttering, “What? Who’s this again? – Oh yeah, right.” That being said, I think the trade-off was well worth it. I hope she continues to approach it this way in future books.

The second is that sometimes the transitions are a little clunky. I remember one spot in particular when Nicola and Joseph had a heated argument, and then Nicola fell right to sleep. I get it; she was exhausted. She’d been fighting sleep due to nightmares, and she’d certainly been working hard physically and under a lot of stress. So it made sense, but I would have preferred a little more emphasis on how she exhausted she was at that point.

But as you can see, I consider neither of these minor quibbles to be deal-breakers. Let me have the singular honour of being the first to give The Chains That Bind an enthusiastic five stars!

Video classes in magick & witchcraft every month for only $5! Check it out! 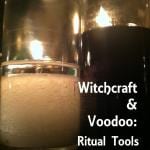 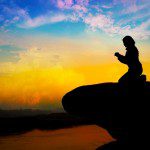 May 3, 2019 Meditation and Focus - from The Witch's Eight Paths of Power: Intent
Recent Comments
0 | Leave a Comment
"Take heart, Woods! I think people are finally angry and scared enough to get their ..."
Sable Aradia Dear Greta Thunberg
"You did make a difference, as did the Baby Boomer generation (who first brought attention ..."
Woods Wizard Dear Greta Thunberg
"I really like your text. I am happy to note that on the other side ..."
Seren The Star Goddess
"Very spot on review of Circe. This was one of the few books I read ..."
Michelle Gillian Pagan Book Review: Circe by Madeline ..."
Browse Our Archives
Related posts from Between the Shadows