Circe by Madeline Miller
My rating: 5 of 5 stars

Every now and then you accidentally discover a gem of a book. The way this was marketed, I would not have read it. It was pitched to the general fiction and literary markets, and we found it on a sale table at our local Coles bookstore.

It was my partner Jamie who picked it up. He’s been doing a deep dive into the Odyssey, and so it seemed natural that when he had some money in his pocket that was earmarked for books, this would catch his eye. He decided to give it a shot, and after he’d read it, he kept urging me to read it.

I was reluctant. Circe has always been one of my favourite characters from myth, and I wasn’t certain I’d appreciate a retelling. But eventually I needed something for the bathtub and it was close to hand, so I thought I’d give it a whirl.

I’m very glad I did! This is a story that might well have been written for me: a witch, a marginalized person, a woman, a humanist, a lonely child and often lonely adult. Like any good myth, it can be read in a variety of different ways. Jamie didn’t see the explicitly feminist narrative that many reviewers are lauding at all. Instead, he saw it through the eyes of a humanist, a witch, a marginalized person, and a lonely child and often lonely adult. He was surprised when I told him that many were interpreting it as a primarily feminist perspective, but he saw it when I pointed it out. Still, he thinks it transcends that.

However you choose to slice it, this is a story about someone surrounded by overwhelmingly powerful forces who is seeking to find freedom in her own life in the midst of them. It’s a story for anyone who has been oppressed by powerful forces in what Miller describes so accurately as “the cycle of fear.” And just like it said at Eleusis, Miller tells us that the key to finding one’s personal power is to Know Thyself.

Circe is the daughter of a nymph and the powerful Titan Helios. She is born with little power of her own; a less-than-divine look, and a human voice. Miller explores what it might mean to be a goddess with a human voice, and she interprets it as marking Circe as a target for derision.

Circe is an attempt by her mother to gain status, nothing more, and Helios cares only for how his children reflect on him. As Miller says, “he was a harp with one string, and the note it played was himself.” She has no relationship with her siblings either, who are poisoned by this dysfunctional environment, even when she raises her youngest sibling in lieu of their parents. There is no love and less nurturing in Circe’s childhood. Like most children with emotionally distant parents, she aches for a sign of love or approval from them, and spends much of her early adulthood seeking that missing validation from the people around her – and not getting it.

Circe discovers that like all of her siblings, she has a talent for witchcraft. Like most powerless people who discovers a source of her own personal power, she is punished for claiming it. Her early experimentation is wild beyond her dreams; she creates the monster Scylla.

This is a stone of guilt she carries throughout the book, because she aches for the many mortals who have fallen to Scylla’s depredations. Like many people who have lacked compassion in her own life, she is compassionate towards others. This, too, is viewed as a weakness by her power-focused family trapped in their cycle of fear, and is exploited many times. This echoes my own experience, and at times I found the book deeply uncomfortable to read in places as I remembered by own wounds in Circe’s.

She is banished to her island, nominally because of her transformation of Scylla (which is regarded as a false boast at first, so incredulous are Circe’s family that she could have any power of her own.) There, she explores the only thing left to her, her witchcraft, and becomes very, very good at it. Like many lonely creative people, she finds refuge in her Art, as I have.

Eventually the other gods realize this island is a convenient place to exile their own misbehaving daughters, so they send nymphs to her, nominally to “serve her,” but they never do. Instead, they continue to highlight Circe’s isolation, a group of “false friends” all around her that make her feel even more alone. She begins to transform men who visit the island to pigs when a random group of sailors attack her.

Odysseus comes to her island the same way wayward travelers usually do, and she finds love with him for a time, imperfect though he is. He inadvertently teaches her to know herself. And when he leaves, she is stronger than when he arrives.

I’ll not tell you any more of the plot, but I will tell you two things. First, that many of the deeper observations about the human condition are in the parts I’m not telling. Second, that it in no means centers around Odysseus. This is Circe’s story.

Miller also explores a great many of the ideas in the Odyssey and in other Greek myths that are the most troubling to me as a humanist; the unjust suffering of Prometheus, the petty and cruel nature of the gods, the lauding of “heroes” who are in many ways truly vile people, the “values” of patriarchy and how they are only upheld by the suffering of young men and all women, existential angst, and what it means to be human. It’s moving and powerful and passionate, and Miller urges us to seek our own answers in Circe’s struggle to find some. She demonstrates a deep understanding of the symbolism and multi-faceted narratives of myth, and since she is a scholar of the classics, perhaps this is not surprising.

One review I read on a strictly science fiction and fantasy book site claimed the book was “boring.” I disagree completely. However, if you don’t appreciate a book where the primary conflict is internal, maybe this isn’t for you.

I notice that Goodreads suggests The Handmaid’s Tale and Harry Potter and the Deathly Hallows as similar books that I might enjoy if I liked this one. I don’t think it has a lot in common with either of them. A better suggestion might be Wicked: The Life and Times of the Wicked Witch of the West, although this book is more internally-focused and less angry.

It’s worth noting, also, that the writing style is deceptively simple and unobtrusive. Miller is not in love with her own clever metaphors, yet she makes many of them. As a writer, I can’t help but respect the achievement. In ways, her prose echoes the deft hand of Ursula K. Le Guin.

I dreamed of people who had hurt and betrayed me through their own selfishness last night after I finished this book, and I was able to name that sense of betrayal and to know it was not ever about me – it was about them. And that was powerful healing. Thank you, Madeline Miller.

I would strongly recommend this book to anyone, especially to fantasy-lovers, historical fiction readers, humanists, Pagans, women, anyone who has ever felt trapped by the overwhelming forces of an unjust system, and anyone who was ever a lonely or neglected child or a lonely adult.

Introducing Sable Aradia’s School of Witchcraft! Check it out on Teachable! 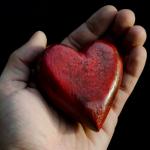 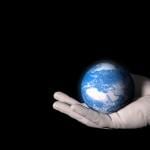 October 1, 2019 Dear Greta Thunberg
Recent Comments
0 | Leave a Comment
Browse Our Archives
get the latest from
Between the Shadows
Sign up for our newsletter
POPULAR AT PATHEOS Pagan
1