Should Religious Liberty Be a Voting Issue?

Should Religious Liberty Be a Voting Issue? October 20, 2019 John Ehrett 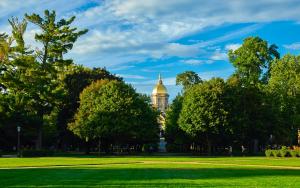 Earlier this month, U.S. Attorney General William Barr delivered a rather astonishing speech at the University of Notre Dame. This was not the usual substanceless mush of “leadership” and “great things” and “tackling global challenges.” Rather, in critiquing “the growing ascendancy of secularism and the doctrine of moral relativism” and defending “a real, transcendent moral order which flows from God’s eternal law” and “standards of right and wrong that exist independent of human will,” Barr laid out a striking argument about the origins of the American republic and the destiny of the nation.

At the heart of Barr’s speech is an affirmation of the essential continuity between religious faith and the goal of “human flourishing” that is aimed at in political life. That is, to seek God—the author of the essential order of all things— is to seek the ultimate Good. So, to the extent a healthy politics aims at human flourishing, or the manner in which it is best for human beings to live given their nature, such a politics is essentially oriented in a theological direction. This is basic natural-law thinking—and it’s what the Declaration of Independence’s affirmation of “the Laws of Nature and of Nature’s God” is getting at.

Thus, on a classical understanding, to say “religious liberty is crucial to a rightly-ordered society” is to say that people should be free to pursue the true Good, without the state standing in their way. (And this notion, as it were, dates back to the very earliest days of the Christian tradition.)

In one sense, the backlash against Barr—and against defenses of religious liberty more generally—is unsurprising. As Alexander Schmemann argues in For the Life of the World, the secularizing mindset treats religious belief as simply a kind of “help” in the storms of life. On this account, there is no real substantive content to religious belief or worship; at bottom, houses of worship perform a fundamentally therapeutic function. From this angle, it’s not difficult to see why those who share the secularizing mindset care little for the religious liberty of faith-based institutions that hold to conservative views. After all, the argument logically goes, no legitimate therapy would ever encourage self-denial, classify certain actions as intrinsically moral or immoral, or sort the world into “sheep” and “goats.” Flawed though the secularizing view may be, it is at least consistent.

The question of whether religious liberty should indeed be “the most important public issue” to me is one I have been wrestling with for the last few years. I’m not convinced it should. . . . [S]hould religious believers care about their own well-being above that of their neighbors? If, per argumentum, our religious liberty comes at the cost of great suffering for others, is that a deal we should make? Should we place our good ahead of the common good?

A case study from modern literature comes to mind here. Shūsaku Endō’s novel Silence remains one of the most thought-provoking books I’ve ever read, in large part because its pivotal question—would you publicly deny the faith to stop the suffering of others?—can be explored in multiple directions. When I first read Silence, I understood Father Rodrigues’s denial as a kind of absolute self-sacrifice—a forfeiture of his own salvation and hope of eternity in order to spare others pain, and thus a type of participation in the “forsakenness” of Christ on the cross.

But there is a different reading of Silence that understands the denial as a failure of conviction in extremis, an act by which Rodrigues chooses to trade eternal goods (the martyr’s crown) for temporal ones (cessation of pain on earth). On this account, Silence’s conclusion depicts a repudiation of the transcendent Good in favor of naïve humanitarianism (which Daniel Mahoney characterizes as “the idol of our age” in his recent book of the same name).

For some, this is precisely the point. There is a strain of theology—rooted in the 1960s “Death of God” movement—that would characterize such denial of the faith as the true, “kenotic” heart of Christianity itself. On this view, the most Christian thing a Christian can do is to voluntarily will the disintegration of the faith, and in so doing abolish the messy “particularities” of Christianity—its claims to divine revelation, its origins in a singular moment of historical time, its specific moral strictures—in favor of a maximally inclusive, undifferentiated spirituality.

Whether they realize it or not, Christian critics of Barr’s prioritization of religious liberty tend toward this perspective. As Jacobs puts it, “I’m a Christian, and as far as I can tell I am commanded to sacrifice what’s best for me and choose instead what’s best for my neighbor. And if I fail to do that, why should anyone take my Christian witness seriously?” Latent here is the idea that true Christianity must be comprehensively self-denying—that if one is faced with Father Rodrigues’s choice to deny the faith in order to end the suffering of others, one should “trample the fumi-e” and do so.

But to believe in natural law—to believe there is an ascertainable way in which all things are properly ordered toward the absolute Good—is to believe that the insights of the Christian tradition are fully consistent with “human flourishing” in the public and private spheres. This would, in turn, mean that—contra Jacobs—there is no real daylight between “our good” and the “common good,” or between “what’s best for me” and “what’s best for my neighbor.” When speaking in transcendent terms, the Good, after all—as our Jewish neighbors regularly remind us—is one.

Perhaps, in referring to “religious liberty,” Jacobs is speaking of the social freedoms and privileges (tax exemptions, conscience clauses, clergy housing allowances, and so forth) that have long attended religious exercise in America. If that’s the case, I understand his point: status qua status should never be a primary concern for Christians. But the central point Barr develops—that religious freedom is the heartbeat of a healthy society, and that suppressing it will undermine human flourishing in the long run—seems to me unavoidably true. And those who reject that thesis are, in so doing, rejecting the natural-law tradition root and branch.

Now, questions about the appropriate extent of religious liberty vis-à-vis general public order aren’t going anywhere (indeed, they’re probably the most foundational political questions of all). But when it comes to the abstract principles that govern our political decision-making, I admit I’m hard-pressed to think of one more central than religious liberty. After all, for the person of faith, everything really does hinge on it. 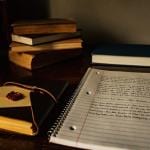 October 12, 2019
The Incoherence of the Universities (And a Postliberal Alternative)
Next Post 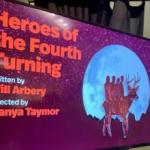 October 27, 2019 “Heroes of the Fourth Turning”: The One Play You Really, Really Need to See
Recent Comments
3 Comments | Leave a Comment
Browse Our Archives
get the latest updates from
Between Two Kingdoms
and the Patheos
Evangelical
Channel
POPULAR AT PATHEOS Evangelical
1

on the responsibility to talk about hell
I know strong Christians who had adult conversions because they came face...
view all Evangelical blogs
What Are Your Thoughts?leave a comment
Copyright 2008-2021, Patheos. All rights reserved.