“Common-Good Constitutionalism” and the Oath-Breaking Problem 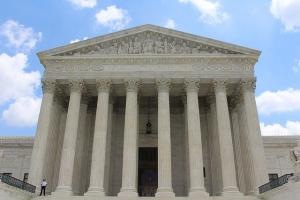 Earlier today, Harvard Law School professor Adrian Vermeule dropped a bombshell in the pages of The Atlantic. Entitled “Common-Good Constitutionalism,” Vermuele’s piece proposes perhaps the most substantial rethinking of legal conservatism in recent memory, arguing that legal conservatives have become “enslaved to the original meaning of the Constitution” and for too long have been content to “play defensively within the procedural rules of the liberal order.” For Vermeule, “originalism has now outlived its utility, and has become an obstacle to the development of a robust, substantively conservative approach to constitutional law and interpretation.”

Now, much of this isn’t especially surprising coming from Vermuele: as an integralist—a political thinker committed to the proposition that the perfect human society is one structured in alignment with the dogmatic teaching of the Roman Catholic magisterium—I would expect no less. And in many respects, Vermeule’s argument tracks that of the Critical Legal Studies movement, which has long recognized (in many respects correctly) that appeals to purportedly neutral principles mask assertions of power resting on a substantive notion of the good. But where scholars in the CLS tradition see the task of clear-eyed lawyering as the dismantling of power and hierarchy, Vermeule argues that power and hierarchy should be embraced by all parties involved: “Subjects will come to thank the ruler whose legal strictures, possibly experienced at first as coercive, encourage subjects to form more authentic desires for the individual and common goods, better habits, and beliefs that better track and promote communal well-being.”

Given this sort of rhetoric, I have little doubt that most responses to Vermeule’s article will not engage him on his own ground. Most, assuredly, will make claims about the value of civil liberties, democracy, autonomy, and so on. This is pointless, because Vermeuele rejects the normative pull of these values. The only way to meaningfully engage Vermeule’s argument is to address it on its own turf: the theological, because that’s what we’re really talking about here.

Let me begin by pointing out a crucial conflation of issues throughout the piece. Vermeule’s argument blurs together two distinct conversations: 1) the substantive content of a meaningful conservative political philosophy (a question of universals), and 2) the responsibilities of conservative lawmakers and judges within a given, contingent political order (a question of particulars). Surely these two things are related, but they are not identical.

This matters because Vermeule’s argument is primarily a question about what conservative political philosophy should look like, in view of the great tradition of Western thought running through Plato, Aristotle, Augustine, Aquinas, and so on. But Vermeule isn’t content to stop at the level of universal principles: rather, he argues that “[t]he sweeping generalities and famous ambiguities of our Constitution, an old and in places obscure document, afford ample space for substantive moral readings . . .  The general-welfare clause, which gives Congress ‘power to … provide for the common Defence and general Welfare of the United States,’ is an obvious place to ground principles of common-good constitutionalism (despite a liberal tradition of reading the clause in a cramped fashion), as is the Constitution’s preamble, with its references to general welfare and domestic tranquility, to the perfection of the union, and to justice.” In other words, the Constitution’s most abstract language should be interpreted as affording the government almost entirely unconstrained power over its citizens, a sort of blank check for the exercise of political authority as the sovereign sees fit. But can that practice of interpretation be justified on theological grounds?

Under current conditions, political leaders in the United States—and their respective subordinate appointees—take an oath of office: “I do solemnly swear (or affirm) that I will support and defend the Constitution of the United States against all enemies, foreign and domestic; that I will bear true faith and allegiance to the same; that I take this obligation freely, without any mental reservation or purpose of evasion; and that I will well and faithfully discharge the duties of the office on which I am about to enter: So help me God.” Historically—as the oath’s four-word coda makes clear—this has always been understood as the taking of an oath before God. The Creator of heaven and earth is invoked as a witness to the solemn act, with the implication that His judgment will follow if the oath is violated.

The text of the oath itself raises a question: what, exactly, is the referent “the Constitution of the United States” to which political leaders pledge their support? And this is where Vermeule’s argument, understood strictly as applying to the responsibilities of lawmakers and judges in the American constitutional system, runs into trouble.

I assume that Vermeule, as a conservative Catholic, is committed to the principle that texts have accessible and coherent meanings that are stable over time. (What else is the body of teaching contained in the Church’s Magisterium?) This, crucially, is a place where Vermeule’s philosophy parts ways from the CLS movement: where progressive thinkers would argue that all texts are indeterminate in themselves, conservatives cannot hold this view. It would do Vermeule no good to, hypothetically, make the quasi-ultramontanist argument that the Church’s Magisterium is sufficiently indeterminate that total reliance on the Pope is required. Vermeule’s own integralism is rooted in his own readings of the Church’s historic texts (which he presumably takes as meaningful), and Pope Francis has rejected integralism as “a plague.” The point is, Vermeule is committed to the principle of stable textual meaning as surely as any originalist.

Presumably for Vermuele, it would be immoral to pass off as authentically Catholic a work that pays lip service to a particular Church teaching but substantively disavows it—I’m reminded of Richard McBrien’s controversial textbook Catholicism. By the same logic, it is equally immoral for a judge who has sworn before God to enforce a particular understanding of the law to substitute an alternative understanding—“a new confidence in authoritative rule for the common good.”

There’s a lot I could say about the alternative character of Vermuele’s proposed constitutionalism, but some broad strokes will suffice. While a truly bold-hearted originalism would result in judicial outcomes that many would find shocking, on even Robert Bork’s approach there is at least some coherent relationship between document and political practice. The same cannot be said of Vermuele’s proposals.

For one thing, in arguing for “substantive moral readings [of the Constitution] that promote peace, justice, abundance, health, and safety, by means of just authority, hierarchy, solidarity, and subsidiarity,” Vermuele points out that the “‘[p]olice power,’ which, despite its misleading name, refers to the general power of state governments to protect health, safety, order, and public morality, is nowhere mentioned in the written Constitution’”—but the obvious reason for this is that it’s a power traditionally reserved to the states, not to the federal government. There is no intelligible concept of a “federal police power” in mainstream American constitutional law, and so there is no sense in which a concept of the “police power” might somehow inform federal constitutional interpretation.

Vermuele goes on to note that “[a]s for the structure and distribution of authority within government, common-good constitutionalism will favor a powerful presidency ruling over a powerful bureaucracy.” Perhaps this is common-good politics, but it is not American constitutionalism in any sense of the word: the ideas of Congress and the judiciary—and the entire principle of the separation of powers—are simply absent. In the same vein, it is hard to know what to make of Vermuele’s theory that “[s]ubjects will come to thank the ruler” for his policies—who, after all, is the ruler? It should be obvious, but the monarchical logic of integralism and the logic of representative democracy are poor bedfellows.

Last, for a piece that claims to advocate for “unions, guilds and crafts, cities and localities, and other solidaristic associations” it is exceedingly strange that the word “federalism” does not appear once in the article. What, after all, is federalism but an acknowledgement of the principle of subsidiarity? To be sure, it is an uncomfortable point for originalists of a libertarian sensibility that state police powers are far more extensive than anything possessed by the federal government—but that is because a properly understood American model already acknowledges, and embraces, many of Vermeule’s sentiments.

Much more could be said—but suffice it to say that Vermuele’s “common-good constitutionalism” cannot be understood as “originalist” on even the most generous understanding of that term.

And so at bottom, it seems to me that the only truly moral course of action is for those who hold Vermeule’s view to refuse to serve as judges or political officials, or in other offices where they are required to swear allegiance to a principle they are incapable of accepting. Anything else would be a betrayal of a vow taken before God. Individuals who hold Vermeule’s views are, of course, free to agitate and organize for an overhaul of the Constitution, for its amendments, or for the replacement of the entire American system of government. But they are not free to break their oaths. (Note that I am not suggesting, in Know-Nothingist fashion, that faithful Catholics cannot hold public office: a great deal of compelling work, particularly by Lee Strang, Richard Reinsch, and Peter Lawler, has been done to justify the procedural norms and substantive content of originalism on essentially theological grounds.)

Note the crucial point here: what I have just articulated is a substantive moral case for originalism under the conditions of the American constitutional system, not an argument that those conditions are themselves normatively desirable. Whether the American project is flawed to its core is a separate issue altogether—and that is the direction that many of Vermeule’s arguments are indeed headed. But if that is indeed his claim, he should have the courage to say so rather than seeking to justify his integralist positions within a tradition that is essentially alien to them.

March 29, 2020
Notes on Brad Gregory’s “The Unintended Reformation”
Next Post

April 3, 2020 “The Power Worshippers” Is a Bad Book About an Interesting Topic
Recent Comments
2 Comments | Leave a Comment
Browse Our Archives
Related posts from Between Two Kingdoms