Is There Such a Thing as a “Lutheran Novel”? 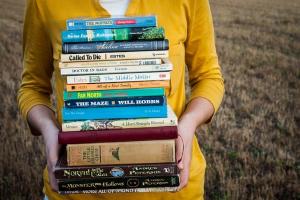 The best academic writing in the humanities, in my opinion, is the kind that makes a careful theoretical argument while simultaneously buttressing it with 3-4 deeply specific examples. In the closing pages of Ethics in the Conflicts of Modernity, Alasdair MacIntyre describes the growth in and practice of the virtues in the lives of four diverse individuals—ranging from Trinidadian socialist author C.L.R. James to U.S. Supreme Court justice Sandra Day O’Connor. In Confessions of a Born-Again Pagan, Anthony Kronman discusses the latent Spinozist philosophy permeating the paintings of the Renaissance, the poetry of Walt Whitman, and the fiction of George Eliot. And in his titanic The Enchantments of Mammon: How Capitalism Became the Religion of Modernity, Eugene McCarraher traces the history of theological reception of capitalism—both positive and negative—through the works of John Ruskin, Henry Ford, Ayn Rand, Peter Drucker, and countless others. The genius of this approach is that it demands so deep a knowledge of the field under investigation that one can sift the representative exemplars from the inferior imitations.

Joseph Bottum’s slim new volume, The Decline of the Novel, is a masterful example of this approach to inquiry. Through close readings of Sir Walter Scott, Charles Dickens, Thomas Mann, and Tom Wolfe, Bottum outlines a fascinating and original thesis: the novel, as a genre of fiction writing, is a distinctly Protestant phenomenon, one that centers on the spiritual journey of individual human beings rather than describing the broad drama of social order.

Specifically, Bottum distinguishes between the chanson fiction of Catholic society and the roman fiction of Protestant-dominated culture. The former type of fiction—epitomized by texts like Chaucer’s Canterbury Tales and Cervantes’s Don Quixote—frames the central narrative conflict around the individual’s performance of societal duties that transcend the individual self. The drama is as much communal as it is personal. The latter—as reflected in the dominant trajectory of Western literature—understands conflict as a matter of individual progress along some spiritual dimension or another, toward some kind of individualized resolution or realization. Dickens’s David Copperfield carries the day once he grows to maturity and exercises his rational faculties in the proper manner, overcoming the deceptive forces that surround him; similarly, Wolfe’s Charlotte Simmons triumphs when she rejects the exploitative social patterns of her university setting and affirms her individual value and capacities.

The widely-reported decline of mainline Protestantism within America’s dominant elite culture, Bottum argues, closely correlates with the decline of the novel as a touchstone of wide-ranging importance. Bottum suggests that no novel of true cultural importance has been released: no one in New York or Washington, D.C. ever feels ashamed, at any given cocktail party, not to have read the latest literary masterwork. “Prestige television”—shows like Game of Thrones, Mad Men, and Breaking Bad—has filled that cultural niche. Exactly what worldview this television-oriented culture represents, Bottum does not say; it is enough to argue that the waning popularity of the novel goes hand-in-hand with a loss of faith in the traditional Protestant creed.

That thesis, at least, feels intuitively correct. But it nevertheless seems to me that the particular disjunction upon which Bottum’s argument relies does not perfectly correspond to the distinction between Catholic and non-Catholic; more accurately, it seems to reflect the gap between Catholic and Calvinist. Though plenty of criticism has been levied against Max Weber’s seminal argument that Puritan salvation-anxiety drove the emergence of contemporary capitalism, one can surely speak of the Calvinist tendency to seek evidence of one’s election to eternal life through one’s good works—and, more broadly, one’s desire to perform such works. This—not the Protestant critique of Rome per se—is the particular type of anxiety that animates the texts Bottum surveys, although the theological underpinnings never come fully into view.

Applying Bottum’s specific criteria, I find it difficult to conceive of a distinctly Anglicannovel, say, or—as is relevant to me—a uniquely Lutheran novel. (I would welcome thoughts on this front from my former professor and fellow Patheos blogger, Gene Veith, if he has any!) The existential anxiety and motif of spiritual progress that Bottum identifies as definitive characteristics of the Western novel don’t seem to logically correlate with the Anglican and Lutheran traditions, both of which share a distinct sacramental and ecclesological consciousness absent from the Reformed paradigm. I’m halfway tempted to suggest that the definitive narrative expression of Lutheran theology is the congregational hymn—a literary form harmonizing theological concerns with cultural ones (how else should one take Luther’s pleato “restrain the murderous Pope and Turk?”) as well as one that invites the participation of both clergy and laity, But that doesn’t seem to directly address Bottum’s question—what sort of fiction emerges from a given Christian tradition.

What say you, blog readers? Is the concept of a “Lutheran novel”—or, more broadly, a “non-Calvinist, yet Protestant” novel intelligible? If so, where might one find such a text? 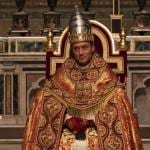 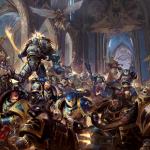 March 25, 2020 The First Postliberal Sci-Fi
Recent Comments
5 Comments | Leave a Comment
Browse Our Archives
get the latest from
Between Two Kingdoms
Sign up for our newsletter
POPULAR AT PATHEOS Evangelical
1

Get Ready for a "Hell of...
Cranach
Related posts from Between Two Kingdoms 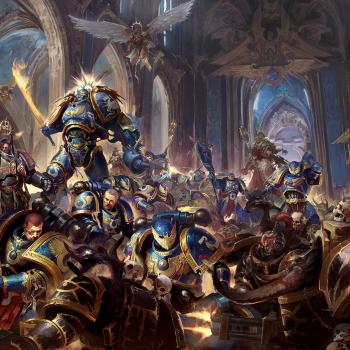 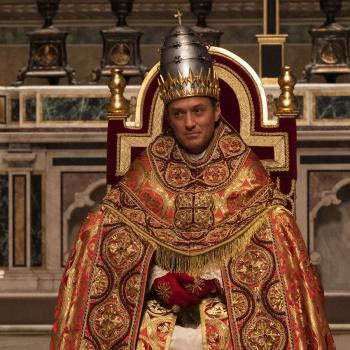 Evangelical
The Strange Power of “The Young Pope”
Between Two Kingdoms 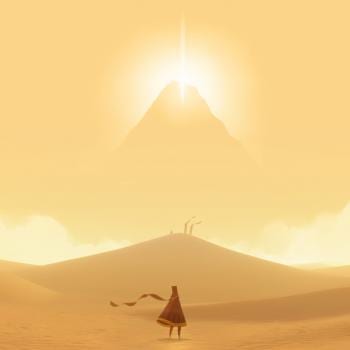 Evangelical
“Journey” and the Wisdom of the Desert
Between Two Kingdoms 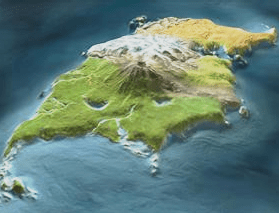