In a world full of suffering…

(mob throwing rocks at a woman)

(whip cracking at the backs of galley slaves)

(silhouette of a common crucifixion)

A new day is about to dawn.

(Cut to a group of men and women furtively gathered on the dirt floor of a home at night, their faces illuminated by a cooking fire, speaking in low but excited tones.)

Man 1 (excitedly): “He is already here, though we do not recognize him yet. He will bring our long-awaited justice! He will bring the day of vindication by our God!”

Man 1: “No, I cannot. That isn’t what I was born to do. I am just the voice crying in the wilderness, to tell you he is coming, he is already here!”

Man 1: “You must test every prophet. You will know that the Spirit of the Lord is upon him when he proclaims liberty to the captives, and release to the prisoners…”

Woman 1 (whispering): “…and don’t forget glad tidings to the poor, and heals the brokenhearted.”

Woman 2 (staring into the middle distance over the fire, clasping her cloak to her chest as if it were a letter from a lover, in a low but sonorous voice): “God is the joy of my soul; for he has clothed me with a robe of salvation and wrapped me in a mantle of justice, like a bride bedecked with her jewels.”

(Men look at women disapprovingly and murmur to each other, but Woman 2 does not notice. She appears to be in a trance.)

Woman 2 (speaking a little louder now): “He is here already. I have beheld him.”

(Separating her arms wide, palms turned up towards heaven, and continuing forcefully.)

“From this day all generations will call me blessed: the Almighty has done great things for me, and holy is his Name. He has shown his strength to save us, he has laid bare the deceit of the proud. He has cast down the rulers, and exalted the outcast. He has filled the hungry with good things, and the rich he has sent away empty. He has come to help his people, for he has remembered his promise of mercy, which our fathers squandered. He has come to me…”

(Camera pulls in close to her face, and her eyes make contact for the first time in the scene.)

(Fast fade to black with another percussive crash.) 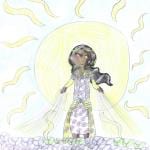 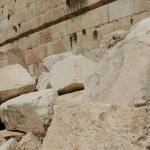 December 20, 2020 Whither the House of David?
Recent Comments
0 | Leave a Comment
Browse Our Archives
get the latest from
Beyond All Telling
Sign up for our newsletter
POPULAR AT PATHEOS Catholic
1 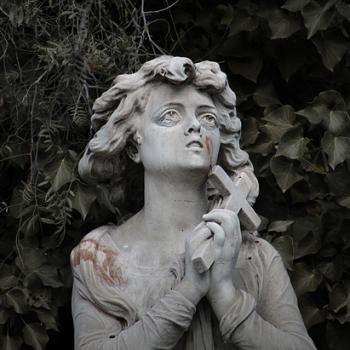 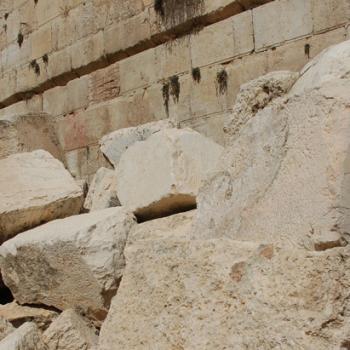 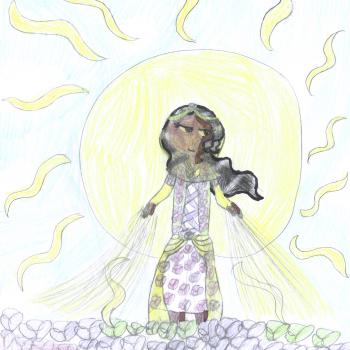 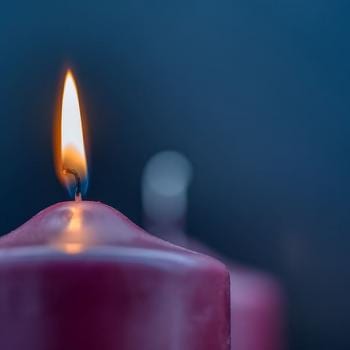