During his 27-year career at Southwest Airlines, Dave Ridley has served as SVP Chief Marketing Officer; SVP People and Leadership Development; SVP Business Development; and VP of Ground (Airport) Operations. Dave retired earlier this year but he retains an office at Southwest and serves as Senior Advisor to the CEO. He also provides keynote presentations about lessons he has learned about building a world-class brand that’s based on excellent service — the type of leadership required to make it happen and the importance of a healthy corporate culture in sustaining it.

I recently had the opportunity to speak with Dave about Southwest’s legendary culture.

Southwest Airlines is famous for its corporate culture. How would you describe it?

Ridley: Southwest is obsessed with putting its people first. The only way to consistently deliver remarkable service on the front line is if your people are being treated in a manner that reflects how you want them to treat the external customer. Southwest considers its employees as internal Customers—and their wellbeing is valued equally or even more than the external customer.

What are the biggest hurdles for companies that want to create this kind of exceptional culture?

Ridley: In the for-profit world, the marketplace rewards an organization for selling goods or services at a price that exceeds the cost of producing them. Sometimes commentators or journalists think that being a “people-first” company is inconsistent with making a profit—that it’s an either/or tradeoff. In fact, the greatest disservice a company with a people-first culture can enact against its people is to not be profitable. Without profits, there are no jobs. We fully recognize that there is often a degree of tension between the bottom line and creating an atmosphere where our people feel welcomed, appreciated, and cared for. But no one feels very welcomed, appreciated, and cared for in an unemployment line.

At Southwest we believe profitability and culture go hand in hand. As you treat your people well—which goes beyond compensation—they will treat the customer well. And the customer will come back. In addition, people who enjoy their work environment are generally more productive. Plus, there’s less turnover—which is enormously expensive. There’s also a greater capacity to overcome obstacles. In business you’re going to have changes in economic conditions, competitive pressures, and a host of unpredictable variables. But when people work together in a collegial fashion, the organization can overcome these challenges much more consistently and effectively.

What happens when “people first” and profitability conflict?

Ridley: Business isn’t easy. You do have to make difficult decisions, but we always filter decisions by asking, “How does this affect our people?” For example, when economic conditions change and a community can’t support profitable air service, we might have to close that airport. We try to offer those who work there a job somewhere in the country, so they’ll have the opportunity to keep getting a paycheck.

You encourage everyone to be a CEO, Chief Encouragement Officer. What are some of the ways you and others at Southwest do this?

Ridley: When I started working for Southwest, I worked three levels below founder Herb Kelleher. Within weeks, he knew my wife and children’s names, what my outside interests were, and a lot about my background. I knew within three months of going to work at Southwest that Herb would fall on a grenade for me or any member of my family. His love for people was palpable. When people know that leadership cares that much about them, they’ll do remarkable things for that leader—and for the organization.

Everyone can be a leader and have influence, even if you don’t have people reporting to you. You always have the opportunity to offer someone a pat on the back and an encouraging word. I think Dale Carnegie is right. Much of the secret to success in life has to do with encouraging people—saying something nice to them and being genuine. You never know what’s going on in people’s lives. How many left home that morning and had just heard that their mother has cancer? Or their son is in jail because of drug addiction? Or they have an emergency and need to pawn their car to make the mortgage payment. You just don’t know. Remarkable things can happen when you reach into people’s hearts and connect and encourage them—as long as it’s genuine.

What would you say to a leader who wants to make improvements in a corporate environment?

Ridley: I’m asked this question almost every time I do a Q&A with an audience. And generally, the ones asking are not CEOs and don’t have control of the culture.

A lot of people work for jerks and for organizations that don’t see their people as their most important customer. In this case, I say there are two paths. First, you can choose to go to work somewhere else. This is the United States. It’s not the 1970’s Soviet Union. But I don’t want to sound flippant with that advice: I realize that leaving a paycheck is a lot easier said than done. Some people can’t just leave their job in the short run. But more people who think they can’t, might be able to if they would take a clear-eyed assessment of their spending habits and what they see as “lifestyle requirements.” Is being miserable at work really worth a late model car versus one that’s seven years old?

Second, if you choose to stay where you are, don’t see yourself as a victim. Recognize that you do have some influence even if it’s a smaller circle that you touch. You can invest in people in whatever realm you work in and that can make a difference.

How has being a follower of Christ influenced the way you help foster the culture at Southwest?

Ridley: That is the one question that I really wrestle with. In some respects, the culture has influenced me as much as I might have influenced it. Frankly, it has been humbling to be a follower of Christ in this work environment. I see so much here at Southwest that is rooted in a genuine love and respect for all people—a love not based on status or title consciousness. But it’s a love that is not necessarily derived from an understanding of the gospel—that we love because He first loved us. Yet the culture is very reflective of what one would hope to see – but often is not seen – in organizations that claim to have the gospel at their core (including lots of churches unfortunately). Working here for almost thirty years has caused me to be a lot less critical and more accepting of those who have not been called into a relationship with Christ. And why should I be critical? They often love others a lot better than I do. Of course, no organization is perfect; they’re all going to be dysfunctional and messy to some degree because they are made up of dysfunctional and messy human beings whether they are Christians or otherwise. And I’m very aware that I am the messiest of anyone.

Yet I take great hope in the fact that the gospel I believe—that I have been saved through grace by faith, not of my own works or efforts, and am adopted as literal child of God and co-heir with Christ—gives me an identity that is infinitely greater and more lasting than any that I might on occasion grasp by being a part of this great organization. I have been extremely fortunate to spend the majority of my working career with Southwest Airlines. I am grateful for that. But that doesn’t begin to compare with my gratitude for the precious gift of grace that I have received by what we celebrate this Easter season.

Read more interviews and articles on Workplace Leadership from a Christian perspective here. 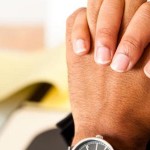 March 21, 2016
Seven Days of Prayer for the Workplace
Next Post 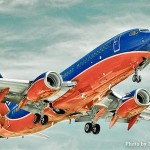