Does having a belief exlude others?

Does having a belief exlude others? September 29, 2010 Billy Kangas

Recently I was discussing my faith in Jesus with a friend of mine.

Now I should mention that this friend is not a Christian, but has come out of a traditional Jewish family (although he is no longer practicing).
He told me that he had recently been moving away from theology because, for him, it seemed like it wasn’t a useful practice. This intrigued me so we began to discuss why he felt that way.
His answer was that theology puts boundaries on God, and how God can be known. He didn’t find that very useful, and mentioned that it can lead to rejecting those on the basis of having a different experience of God then we do.

As we talked I began to see a little bit of where he was coming from. There is a way that when we say we believe something we can shut out people who believe something different. Sometimes this can happen in friendships, sometimes it can happen between scholars, and in the scriptures we can even see it happening between nations. 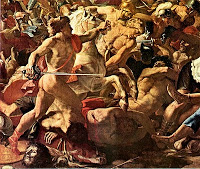 In the book of Joshua we see a people group who has had contact with God in a powerful way move into a land God has promised to them and violently overthrow all those in the land who are not a part of their divinely enlightened community.

It’s a pretty hard pill to swallow, and it begs the question does belief lead to exclusion (violent or otherwise)?

This week I read an article by Dr. Robbert L. Hubbard Jr. which addresses some of the nuances at play here. It’s called, “What are They doing here? The Old Testament recons with the Philistines.” As the title indicates it deals with the problem of the Philistine people for the Israelites in the Old Testament.

The Israelite people believed God had given them the land of Israel, but somehow there were other people in the land, and somehow God cared for those people too.

Dr. Hubbard draws attention to a tension throughout the Hebrew Bible between a theme of “exclusion” and a theme of “inclusion.” 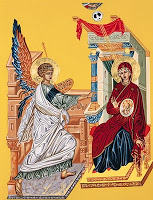 THE LORD is seen as exclusive, destroying other nations on behalf of the Children of Abraham.
THE LORD is also seen open to Non-Israelites and seems to call them to know him. I would like to add that God is so hungry to include us that he takes on flesh and comes TO the world.

Any belief, whether that belief is God has given you a promised land, or that Christ Jesus is raised from the dead, carries with it an aversion to any claim that could indicate a truth outside of the one you hold. A natural tendency to focus on differences seems to drive wedges between people over every imaginable issue.

Can we reconcile the exclusive tendency we see both in scriptures and in ourselves with the inclusive movement of God we see throughout the Bible, as God calls all to himself or
do our beliefs have to result in exclusion of others?

September 28, 2010
Saint of the Week: Cyriacus the Anchorite
Next Post

October 1, 2010 Eight Reasons I Believe In The Trinity
Recent Comments
0 | Leave a Comment
"I will only note that in footnote 98, you misattributed the article I wrote. It ..."
Thomas A. Szyszkiewicz Amy Coney Barrett, Stephen B. Clark ..."
"The day of my birthday, May 1st, is also a feast day of St. Joseph. ..."
American Patriot Saint Joseph – Actions that Speak ..."
"This is so true! I reread the Practice of the Presence of God last year ..."
Kathy Sullivan St. David Of Wales – The ..."
"One of my favorite saints"
Ame Angela Merici – Humble, Simple, Practical ..."
Browse Our Archives
get the latest updates from
The Orant
and the Patheos
Catholic
Channel
POPULAR AT PATHEOS Catholic
1

Unmasked: Pride, Malice, And The Spirit...
A Little Bit of Nothing
Related posts from The Orant