What is “Church Growth”? 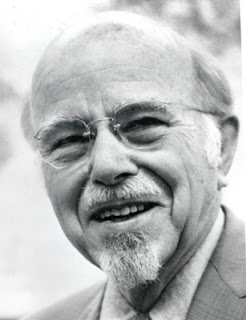 When I first started working in ministry I asked a local ministry leader if he could teach me what he knew about doing youth ministry. He told me that he would meet with me once a week and talk about how he did things, and why they worked (or didn’t work), and then he handed me a book entitled “The Purpose Driven Youth Ministry,” saying “this is a ‘must read’ for anyone serious about doing youth ministry”. This was my first experience with the philosophy, theology, and sociology of the Saddleback church. For decades Saddleback has been one of the largest churches in the United States and has gained a national platform to talk about what it means to be the church in the 21st century. Much of what has made Saddleback so influential is something called the church growth movement.

The church growth movement was started primarily through the writings and teachings of a man named Donald McGavran. His book The Bridges of God sparked the interests of many in the missionary community and eventually became a way that pastors within the United States itself began to look at how to make their churches more successful. In his book The Purpuse Driven Church, Rick Warren, pastor of Saddleback, explains the ways that Church Growth ideas were a turning point in his ministry, and the reason that he planted Saddleback church over 30 years ago. That church has become one of the prime examples of “successful church growth.”

Although I haven’t thought much about what Saddleback was doing since my earliest days of ministry. I recently read through Warrens 1995 best seller, The Purpose Driven Church (PDC), and was drawn into revisiting what this church (and the church growth movement in general) was all about, and how it continues to be a paradigm that shapes the church today.

The church growth movement was started primarily through the writings and teachings of a man named Donald McGavran. His book The Bridges of God sparked the interests of many in the missionary community and eventually became a way that pastors within the United States itself began to look at how to make their churches more successful. In his book The Purpuse Driven Church, Rick Warren, pastor of Saddleback, explains the ways that Church Growth ideas were a turning point in his ministry, and the reason that he planted Saddleback church over 30 years ago. That church has become one of the prime examples of “successful church growth.”

To understand why this developed its important to understand the culture of the 20th century mission world. McGavran had grown up in the mission world and became disenchanted with how so many efforts seemed to be failing to bring people in. He noticed that some movements would have great success. He began to look for the reasons these movements, mostly led by people native to the culture, were successfully.

There are a few problems that emerge out of the “church growth philosophy”.

This “philosophy” gets a lot right. It offers a hope in every context that God is at work and that God’s people can have an impact in significant ways in the place they live. Church growth forces people to do less navel gazing, and more cultural exegesis which is something very important. Church Growth leaders are generally doing good things in their community. I belive that the philosophy is beneficial as long as church leaders:

Church Growth Theology is grounded in looking at the scriptures for principles that can be implicated in any context if proper cultural exegesis is done. In explaining how he went about writing PDC, Rick Warren explains he used primarily the scriptures, calling the Bible the best handbook on how to grow a church.

The Theology of church growth stems out of McGraven’s concerns with ethno-theology. Ethno-theology is a theology based on context rather than a systematic look at the scriptures. In this framework many missionaries were doing acts of mercy, but doing very little preaching. McGraven was concerned that people were missing on the central purpose of mission saying “A chief and irreplaceable purpose of mission is church growth.”

Reading the Bible through the lensRedemptive Elements
of church growth can mean you won’t see places where God is moving in other ways. By dogmatizing growth as something that needs to happen other elements of the life of the church can be put by the wayside. God needs to be given room to move in other ways. Limiting God to one mode of operation guarantees you will miss out on the things God is doing that don’t fit into the paradigm.

The Church Growth Movement recognised a real problem. When the work of the church is separated through the very particular events of God’s redemption it can easily devolve into simply a philosophy to believe rather than a person to follow. When the work of Christ on the cross is given a “back seat” to issues of justice the true power to break the bonds of sin that cause injustice in also removed from the foreground.

The Sociological implications of the church growth movement are deeply tied to the missionary mindset of McGavran. Churches who follow this model often see themselves as missionaries to their community and seek to address particular people groups with the Gospel message. McGavaran believed mass movements were always tied to a people (tribe, caste, or clan). In PDC warren tells pastors that they need to know their community better than anyone else. He specifically targeted people in his community that fit the demographics he was trying to reach. In other contexts warren tells people to target the group they are trying to reach with context that fit their particular context. This is all to create groups of “disciples” that can impact the wider culture.

People are drawn to those which they are like. Warren believes Saddleback is a church created to love God, and others through making disciples. In order to reach the people in his community his church needs to look like the community. His whole church model reflects this. People make a deeper and deeper commitment to the church and are then sent back out into the community to bring in more people. Warren’s goal is to reach every person in his community.

One problem that has come out of this general “philosophy” is that churches like Saddleback can often target a “type” of person. Having a “type” can mean that those who don’t fit the “type” can be excluded. If the people (tribe, caste, or clan) you are reaching are the powerful and prominent members of a community, often the outcast (those that Jesus often tried to associate with) will be the ones left out.

There is a reason that the Church Growth “philosophy” has sparked a social movement. It meets people where they. It help to affirm cultural values and cement the cultural identity of individuals. This has a power that can help redeem the church in many ways too. Being aware of culture is essential if are serious about affirming the wide implications of the Gospel. As the church becomes more and more aware that the torch of Christianity will be a global endeavor, learning how the Gospel fits within cultures without being defined by cultural barriers can dispel fear and open people to embrace the work of God in other contexts. The Church Growth Movement has forced many people to be intentional about contextualization and serves as a constant reminder that diversity is something that God embraces.

October 2, 2011
We Finally Got The Gospel Right!
Next Post

October 6, 2011 Praying The Jesus Prayer
Recent Comments
0 | Leave a Comment
"The day of my birthday, May 1st, is also a feast day of St. Joseph. ..."
Box Tinkerer Saint Joseph – Actions that Speak ..."
"This is so true! I reread the Practice of the Presence of God last year ..."
Kathy Sullivan St. David Of Wales – The ..."
"One of my favorite saints"
Ame Angela Merici – Humble, Simple, Practical ..."
"Is the Amplified Bible guilty of illegitimate totality transfer? I have compiled dozens of explanations ..."
Michael Weaver The Use of the Bible in ..."
Browse Our Archives
get the latest from
The Orant
Sign up for our newsletter
POPULAR AT PATHEOS Catholic
1