Why I write my Congressional Representatives

Why I write my Congressional Representatives January 8, 2014 Billy Kangas 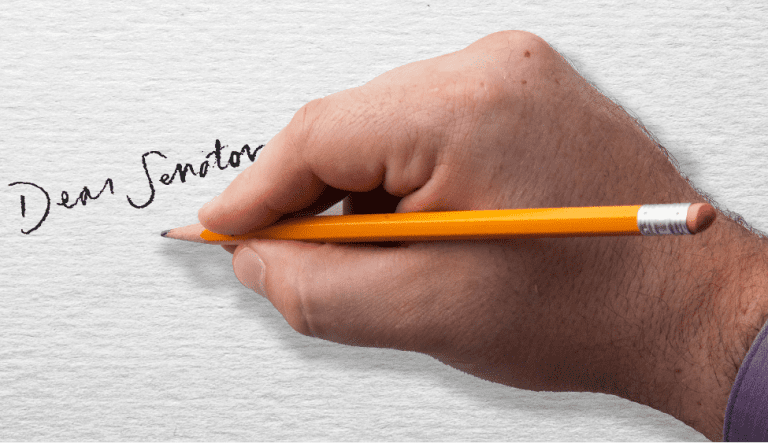 The parable of the Good Samaritan is one of the most moving parables told by Jesus. It tells the story of a man beaten and left for dead on the side of the road by a group of robbers. After being ignored by religious leaders from his own country, the man is eventually assisted by a despised Samaritan, who binds his wounds and carries him to an inn where he is able to recover. This is all done at great expense to the Samaritan man, who stopped to help.

This story has inspired Christians for centuries. Preachers have used it to help motivate their flocks to take notice of those in need, to give to the hungry, and to care for those on the margins of society. This kind of work is essential to the missions of justice and mercy in the world today. Countless people’s lives have been saved and enriched when individuals extend themselves in generosity toward others, opening their hearts and wallets to feed and care for the poor and vulnerable people in the world. However, this kind of action tells only part of the story.

Imagine again the story of the Good Samaritan. What if the next day the Samaritan travels down the road and discovers another man beaten, robbed, and left for dead. Out of the kindness of his heart he cares for this one as well, and puts him in an inn at his own expense so that the man might recover. Imagine this continues day after day after day. Each morning the Samaritan finds a man near death, and each day he opens his heart and his wallet to care for the poor soul who has been injured. At some point, the Samaritan would naturally begin to ask if there was a better way. Might not his resources be better spent supporting law enforcement along the road so that robbers would not so freely assault travelers? This is not to negate or belittle the Good Samaritan’s actions of providing direct assistance to the series of robbery victims. However, it’s worth considering that changing the system would be much more effective than continually treating those injured by it. This is what advocacy work is all about. It seeks to urge those in power to take action so that the systems in place protect vulnerable people.

We live in a world where millions of children die of malnutrition related causes needlessly each year, where families are torn apart by poorly imagined immigration policy, where 1 billion people struggle to find safe drinking water, and where countless millions of unborn babies are put at risk through systems that refuse to protect them under the law or provide the proper nutrition for their mothers. The problem isn’t that we don’t have enough food, water or resources but that the systems we have in place aren’t effective at providing rights and resources to people in need.

Scripture inspires me to care for  people suffering each day and also to urge leaders to take action to help fix the systems that create and sustain unjust systems in our world today.You have been given a unique role as a voter in a democratically elected government. You have a powerful voice. You can help bring attention to points in the systems that harm people. You can hold policy makers accountable. You can assure that the squeaky wheels are heard and addressed.

Have you used your voice? It’s a cheap and easy way to make a big difference. Take 15 minutes and write a letter to your representatives or call the capitol switchboard and leave a message for your senator or representative at 1-800-826-3688. Be the voice that helps assure that the dangerous roads in our world are guarded and the paths to justice are maintained.

You can also e-mail congress on issues currently in congress (in the USA) here.

January 10, 2014 Question Friday: What is Christian Philosophy?
Recent Comments
0 | Leave a Comment
Browse Our Archives
get the latest updates from
The Orant
and the Patheos
Catholic
Channel
POPULAR AT PATHEOS Catholic
1