Get updates from Civil Nations delivered straight to your inbox

“On My Honor?” Trump, You Have No Honor!

I am a Boy Scout of America. Because of EPIC leaders I was named Eagle Scout of the Year, 1978. The rank and the award are important—but not because of me. I was a clueless, albeit malleable, fourteen year old. I had no idea that I was doing well. Like almost any teenager going through puberty I was in a swirl of events and conditions that I did not have the maturity to understand—Jr. high, girls, grades, sports, family, and so forth. My scout leaders were a constant source of honor and stability in a world that was still reeling from the upheavals of the 1960’s and early 1970’s. I just followed these good men and they saw potential in me that I didn’t know was there. Not only did they see the potential, they cultivated it, fostered it, and when I slipped up they picked me up, brushed me off, and encouraged me to keep going. From age 16-18 my scout leader was just as influential as my parents (and that is saying a lot). I turned to him at the moment of greatest distress of my life up to that point. In many ways, he saved me! I trusted that man—and he merited that trust.

So please pardon my disgust over Trump’s speech at the National Jamboree of the Boy Scouts of America. Compared to my scout leaders Trump is a lowly soul in heart and mind. From every observable angle Mr. Trump is the antithesis of what the Boy Scouts of America stands for! But here is the Scout Law—read it, consider it, and assess if Trump employs any of these values in his public life.

No, Mr. Trump, you exemplify none of these characteristics. Not one! Indeed, you have no honor. It is tragic, but whatever success you may have as president, it will forever be overshadowed by your hollow character, your mean spiritedness, and your pathetic narcissism. You do not merit the opportunity to stand before young men and posture as a leader because you have no honor!

In case you have not seen lowlights from Trump’s speech, here is a link: 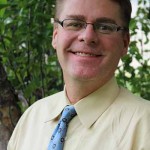 August 9, 2017 Gospel Doctrine, Scholarship and a House Full of Females
Recent Comments
0 | Leave a Comment
Browse Our Archives
get the latest from
Latter-day Saint
Sign up for our newsletter
Related posts from Civil Nations

In Your Hand
I know you can only see red right now through the...
view all Latter-day Saint blogs
What Are Your Thoughts?leave a comment
Copyright 2008-2021, Patheos. All rights reserved.
error: Content is protected !!