Christ or Crake? Mortality is the Fear of Death – Brad Jersak

In Oryx and Crake, the first novel of Margaret Atwood’s dystopic Maddaddam trilogy, a character nicknamed Crake argues that mortality is not merely death, but also the anxiety-inducing and violence-producing foreknowledge and fear of death. Crake’s solution to mortality is profoundly catastrophic, but his diagnosis is in some ways, spot on. 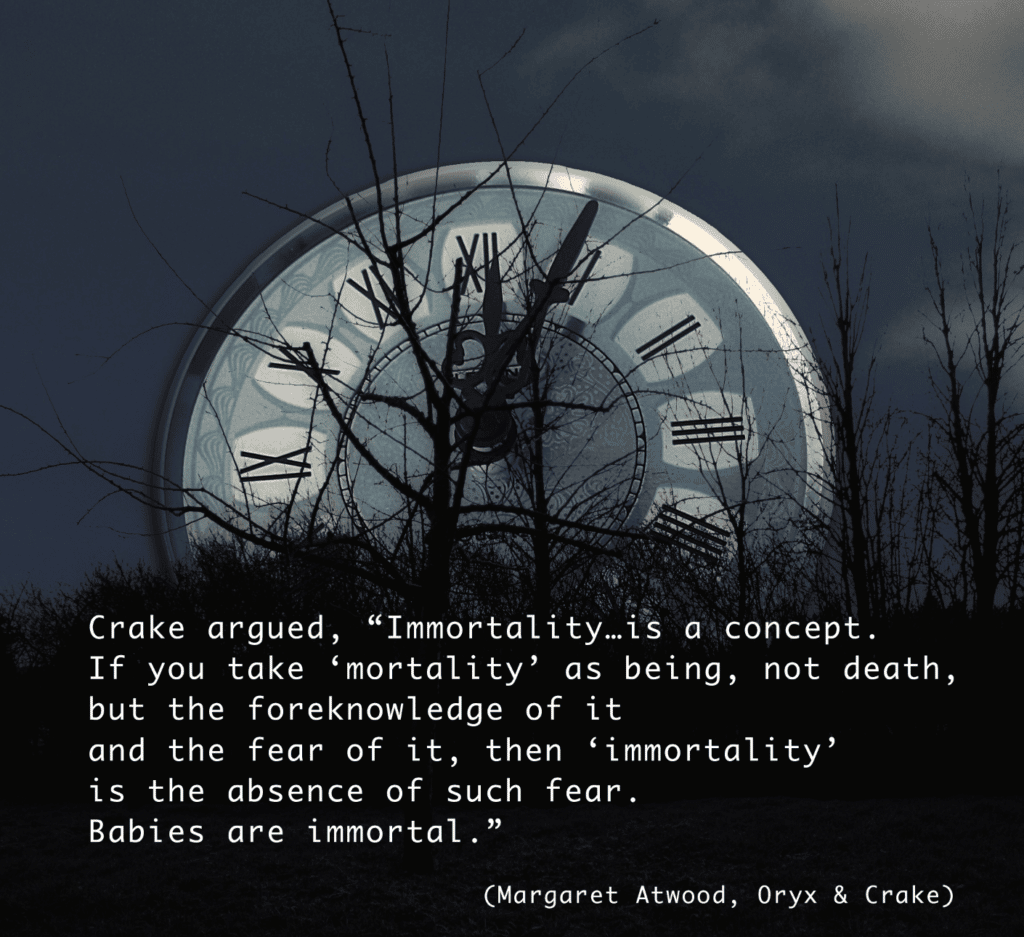 Two great thinkers who’ve shed important light on the phenomenon of “death-anxiety” are Ernest Becker, in his 1973 work, The Denial of Death, and more recently, Richard Beck in The Slavery of Death. Both writers think about the ways we live in denial of death and how this creates deep-seated neurotic anxiety … when we refuse to face the vulnerability and fragility of the human condition, it inevitably spills over into violence.

Another epic saga, the drama of redemption rolled out in our Scriptures, faces death head-on by addressing how it came to be (Genesis 3), how it will come to end (1 Corinthians 15) and how the solution finds its axis in Jesus Christ. Unlike Crake, who resolved to create a new species who are ignorant of death, Christ enters death to break its back and strip it of its power and grant us immortality.

But what is “the power of death?” This is where Atwood’s insight (misapplied by Crake) is so helpful. She inspires me to see how the gospel can conquer death by death and make us immortal even though we will still pass through its gates. The “power of death” is not merely the reality that my bodily destiny will include an earthly departure involving the miracle of decomposition. That’s not our biggest problem, especially in light of our forthcoming resurrection established in Christ. The real issue is how we anticipate all that.

If we foresee my death as a fearful descent into non-being, then we are enslaved to mortality–i.e. to our death-anxiety, to the neurotic ways of death-denial, and to the fatal fruit of sin it produces.

But if we come to see and believe in the reality of Christ’s victory over death, the revelation of his resurrection sets us free from “the power of death” now, in this life. So says the author of Hebrews:

Now since the children have flesh and blood, he too shared in their humanity, so that by his death he might destroy him who holds the power of death, that is, the devil, and free those who all their lives were held in slavery by their fear of death (Hebrews 2:14-1.5).

In other words, while we will pass from literal mortality to immortality when we hear his voice saying, “Rise!”, it is also true that we already passed from death to life when we were first raised to life by grace through faith in Christ. That’s why we can take Jesus seriously when he said,

“Very truly I tell you, whoever hears my word and believes him who sent me has eternal life and will not be judged but has crossed over from death to life. Very truly I tell you, a time is coming and has now come when the dead will hear the voice of the Son of God and those who hear will live. For as the Father has life in himself, so he has granted the Son also to have life in himself. And he has given him authority to judge because he is the Son of Man” (John 5:24-27).

“Very truly I tell you, whoever obeys my word will never see death” (John 8:51).

Jesus said to her, “I am the resurrection and the life. The one who believes in me will live, even though they die; and whoever lives by believing in me will never die. Do you believe this?”

“Yes, Lord,” she replied, “I believe that you are the Messiah, the Son of God, who is to come into the world.”

Was Jesus Christ mistaken? Was he just performing word-tricks or playing mind-games? Not at all. It’s not just that he could raise Lazarus from the dead or would rise from the dead himself. It’s even more than your some-day resurrection on the far side. Somehow, “the power of death” (mortality as foreseeing and fearing death) has already been dismantled and we enjoy the inheritance of immortality here and now.

In the 4th century, Athanasius’ key proof for the resurrection of Christ was not some lawyerly proof of the empty tomb or a refutation of the Roman conspiracy theories. His proof that Christ was and is alive is that he had conquered “the power of death” (mortality) in his people. Their grace and peace in the face of martyrdom–their fearlessness of what lay ahead–was proof of their Savior’s immortality and their own immortality as an accomplished truth.

Modern Christianity has somehow lost sight of this on a grand scale. I wonder at our fear of death and the lengths we go to deny and divert it. Is it our white-knuckled attachment to the only life we actually believe in? When it matters most, do we revert to the de facto atheism of death-anxiety? How might Christ set us free again?

The world’s solutions, it seems to me, are little more than hubris, bravado and dehumanization than authentic assurance. And then there’s the great and growing rush toward transhumanism, defined this way:

Transhumanism is a class of philosophies of life that seek the continuation and acceleration of the evolution of intelligent life beyond its currently human form and human limitations by means of science and technology, guided by life-promoting principles and values.  – Max More (1990)

Without ethical parameters, our faith in science to overcome “the power of death” transforms Atwood’s fiction into prophecy … a dystopic vision indeed. That tale can’t end well.

I have only had a few sobering brushes with death, but have not to this point, been diagnosed with anything terminal … other than death. For now, death is only in my face indirectly through several close loved ones who are, at this moment, counting their months or weeks until departure. Will I face my own  transition as graciously as they are? Or am I still in the death-denial of mortality? I don’t know. But as I see it, the problem of mortality and the power of death will down to just two options. What’s it going to be? 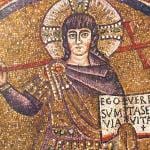