Our Final Authority: the Bible or Jesus? – Brad Jersak

It was one of my classic last-minute cancellations. A church whose pastor and elders had invited me to speak on prayer found themselves awkwardly withdrawing their invitation. The pastor had moved on and the interim minister had done some digging. He was offended that my church (Fresh Wind at the time) had nothing in our statement(s) of faith about the Bible. That was because our doctrinal statements were the Nicene Creed and the Apostles’ Creed. I told him that I was not comfortable with creating statements of faith or redacting the great creeds. In the end, what he explicitly demanded was this confession, similar to many confessions across modern Evangelicalism:

“We believe that the Bible is the inspired Word of God, infallible and inerrant in all it affirms and our final authority for faith and practice.”

My inability to make that confession was the deal-killer … and just as well, I suppose. But so unnecessary.

Our final authority … there’s the rub. Debates and definitions of inspiration aside, what I found myself balking at was sola scripture … i.e. the “final authority” of Scripture alone. The Bible itself makes no such claim and in fact, within its pages, we see quite contrary claims. I’ll dispense with my long-form arguments for now. In the end, my confession is that Jesus Christ alone is my final authority, whose will is discerned through the interdependent witness of the Body of Christ, the testimony of the Scriptures and the illumination of the Holy Spirit. At some point in my journey, final authority was transferred from the Bible to the Christ in my faith and practice, my theology and my ethics (though I still struggle daily to surrender to Jesus’ authority).

What I didn’t expect was how that shift would inevitably and dramatically topple other dominos. When your faith is led by who Jesus is rather than what the Bible says, you’re in for a wild ride. Lest my dear Baptist mother becomes worried, I’m not advocating for the careening bumper cars of “anything goes” post-Christian faithlessness. Note that my “Christ alone” proposal doesn’t ditch the Bible. It merely subordinates the Scriptures to the eternal Word-made-flesh and then welcomes both the Spirit of God and people of God to explore how the Bible points to Christ.

What theological shifts follow when we transfer final authority from the Bible to Christ? And why?

All of the above leads me to think about what changed following my shift to Christ as the Alpha and Omega of revelation. Among these were my convictions about God’s nature, atonement theology and Sermon on the Mount living (including active nonviolence).

From the Bible to Jesus, from eternal hell to eternal life

But there’s one specific example I’m observing a lot as the decade winds up. I won’t posit this observation in absolute terms but … is it just me or does the shift from Scripture alone (biblicism) to Jesus alone also inevitably lead from “I believe in eternal conscious torment because the Bible says ______” to “I believe in ultimate redemption because Jesus is _____”?

Isn’t the notion of eternal conscious torment utterly dependent on a particular set of Scriptures, isolated from the grand narrative and interpreted apart from the Christ-revealed character and intentions of God as ultimate Good and perfect Love? And isn’t the hope of ultimate redemption the inevitable telos of the (biblical) saga of the Christ, by whom, through whom and for whom all things were created, whose every enemy will be vanquished and whose kingdom shall reign without limits? Thus, with Christ as our supreme authority, our final end and our ultimate destiny, this beautiful hymn of ultimate redemption makes perfect sense (from Colossians 1)?

15 The Son is the image of the invisible God, the firstborn over all creation. 16 For in him all things were created: things in heaven and on earth, visible and invisible, whether thrones or powers or rulers or authorities; all things have been created through him and for him. 17 He is before all things, and in him all things hold together. 18 And he is the head of the body, the church; he is the beginning and the firstborn from among the dead, so that in everything he might have the supremacy.19 For God was pleased to have all his fullness dwell in him, 20 and through him to reconcile to himself all things, whether things on earth or things in heaven, by making peace through his blood, shed on the cross.

When Christ is recognized as our final authority, as the One who will deliver his kingdom over to the Father of all-in-all (1 Cor. 15), then the whole of Scripture will find its rightful place in humble service of its King and his kingdom. Hopefully, its interpreters will do likewise. 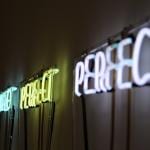 Evangelicals, I've Got Some Questions For...
All Set Free
Related posts from Brad Jersak