“What I Don’t Believe About Hell”

Fun-damn-mentalists enjoy scaring the Hell out of people. They love the idea of people burning in Hell. It makes them feel superior to all the “unsaved” people. They get a sick pleasure out of eternal conscious torment at the hands of an angry, violent God. As a pastor, I grew tired of the constant demand for violent sermons. “We want you to preach some fire and brimstone sermons, preacher.  That’ll get the blood boiling!” The problem was that serving a Baptist church, I couldn’t exactly tell them what I don’t believe about Hell.

Generally, when people say they want to hear more about Hell, they really want to hear more about other people’s damnation.  Some part of them takes judgmental, vindictive delight in the idea that those people are gonna get what’s coming to them.  They believe the world is going to Hell in a handbasket–and they want a front-row seat to the judgment.

These people put the “fun” in “fun-damn-mentalist.”  They have this mentality where they think it would be fun to watch the damnation of humanity.  Because, of course, they believe they’ve escaped judgment, themselves.  So, it makes them feel righteous to know that they are “the chosen,” while they believe most of the world is going to burn.

Maybe I’m being a little too harsh on my fundamentalist friends.  Not all of them look forward to the judgment with wicked glee, like nerds who anticipate their own success while the jocks who kicked sand in their faces work grunt jobs as adults.  In fact, if you asked them, most fundamentalists would say they don’t like the idea of Hell at all.

They just like the idea of a God who would send people there.  They claim that “God is love.” But somehow they’ve bought into the idea that this loving God who created billions of beloved people has plans to torture most of them forever in ceaseless fire and brimstone.  Somehow, they don’t see the inconsistency in this kind of God.

Of course, they wouldn’t put it that way.  They’d say, “Everybody has a choice.  They can either believe in Jesus and have eternal life, or they can reject Him and face Hell.  God doesn’t send anybody to Hell–people send themselves.”

But I ask you–if that’s true–who set up that system?  The God of love?  The fundamentalists who aren’t fun-damn-mentalists, who really try to think through their belief in Hell, find themselves stuck.  Could a loving God have created a Hell (albeit, originally meant for the Devil and his angels, as if that’s not a mean thing to do) and plan to send the majority of the world’s population there for eternity? I don’t buy it.  This is contrary to the nature of God.

Fundies fall back on the old chant, “The Bible says it, I believe it, that settles it.”  If you disagree with the Bible, you’re disagreeing with God. They probably think that anybody who denies the Bible’s claims about Hell is going there, themselves.

What if the Bible’s claims about Hell are right–but people are reading them wrong?  Hear me out. Psalm 139:7-8 NKJV says:

Where can I go from Your Spirit?

Or where can I flee from Your presence?

If I ascend into heaven, You are there;

If I make my bed in hell, behold, You are there.

Wait a minute!  When I was a kid, I was always taught that if Heaven is where God is, then Hell is where God isn’t.  But here, the psalmist declares the logical extent of our doctrine of divine omnipresence.  If God is everywhere, then there is nowhere that God isn’t. Not in Sheol (the Hebrew word that the NKJV poorly translates as “hell”). Not in Tartarus, or Gehenna, or Hades, either. There’s NO PLACE where God isn’t.

So–if God is in Hell, what would that look like?  Perhaps…A lake of fire.

Throughout the Hebrew scriptures, God’s presence is described as fire.  Think about Moses and the burning bush, or the pillar of fire that led the Israelites through the wilderness, or Jeremiah saying God’s word is like “fire shut up in my bones,” and Elijah carried off in a chariot of fire.

The New Testament continues this theme.  John the Baptist declares that God will “baptize you with the Holy Spirit and with fire.”  Jesus said, “I have come to bring fire on the earth, and how I wish it were already kindled!”  Tongues of fire appeared on the disciples’ heads at Pentecost, fulfilling these prophetic words.  Further, the Bible describes the heavenly throne room with bright flashes of lightning, rainbow, and fire.  Revelation says that before the throne is a “sea of glass, clear as crystal.”  Let me suggest something radical…

Think of it–fire can either warm you or burn you, depending on how well you know it.  What if the fire of Hell is simply the gracious presence of God, relentlessly embracing, engulfing, and surrounding all God’s favorite people–which is everybody?  Why would God do this?  Because, unlike intentionally torturing souls forever in wrath, it is entirely in the nature of God to love and embrace people forever, regardless of their sin.

A Way Out of the Pain

But let’s take this a bit further.  If an omniscient God knows that souls who reject love will be tortured unendingly by that relentless eternal love, it would no longer be loving to continue to embrace them in divine fire.  God can’t get away with saying, “I know this hurts you, but I’m going to continue forever because that’s just my nature.”  No–a loving God must, in order to be consistent with that loving nature, provide a way out of that pain.

Those three suggestions get progressively better, with respect to their understanding of the grace of God.  But what if there’s a fourth possibility?  What if people don’t escape one place called Hell and go to a different place called Heaven?  What if they’re the very same place–or maybe not even a place at all, more like a dimension or an experience or a relationship?  And what if people don’t escape by being extinguished or purged or by begging for mercy?  What if their experience of God shifts from pain to pleasure, simply because they’ve learned to relax into the love of God?

Fundamentalists would object to this, saying, “But only Jesus can save!”  To that, I would ask, “Who was the fourth man in the fire, with Shadrach, Meshach, and Abednego?  Who kept them from being burned, partied with them in the flames, and provided a way out of the furnace?  You guessed it–Jesus!  And the three friends never called out to him by name–Jesus simply saved.”  So just like he could be in the fiery furnace, Jesus can make sure every human soul is like the burning bush–unconsumed and basking in the flames.  So relax!

Relax on the Crystal Sea

I think of it this way:  They say that every human being can do the back float–but for me, it is completely impossible.  I can do the backstroke, where I’m struggling with the water to stay afloat.  And I’m told that if I were to just relax enough, I’d be able to float effortlessly in the water.  But so far, I’m in my fifties and I have not learned how to relax.  In reality, it’s my struggle against the water that makes me sink.  When I try to float, panic sets in.  That glassy sea might as well be a lake of fire, for all I’m enjoying it.  I remember that time I almost drowned when I was a child, and I struggle.  Suddenly what ought to be fun has turned into hell.  But if I had all eternity to learn to relax on a crystal sea, something tells me eventually I’d make it.  Something tells me everybody would.


What You Believe Matters

You might ask, “Why can’t you simply accept on faith the idea of eternal conscious torment in Hell?  Christians have been believing it for centuries.”  There are three reasons:

So, when the fun-damn-mentalists say they want to hear more about how God tortures people eternally in Hell, it tells me that they’re not quite ready themselves to relax into a God of love.  It makes me more worried about their tormented and sadistic souls than I’m concerned about the person who’s never heard about Jesus.  And it makes me say with the Atheist, “Yeah, I’d reject that kind of God, too.”  Fortunately, however, I believe in a God of love, who embraces all people infinitely in crystal sea, or a lake of fierce and fiery grace, and waits for us to relax enough to swim.

For more on this subject, please read my article, “Does Our Sin Separate Us From God?” 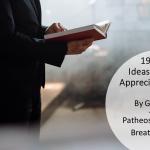 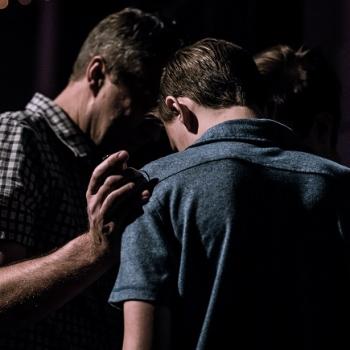 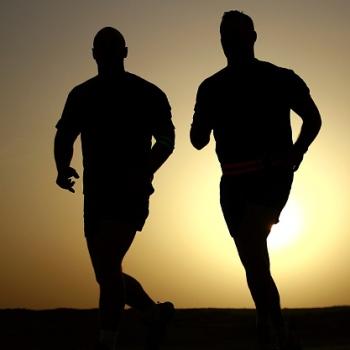 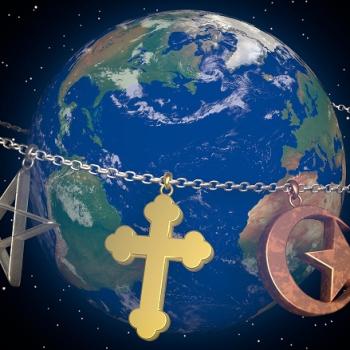 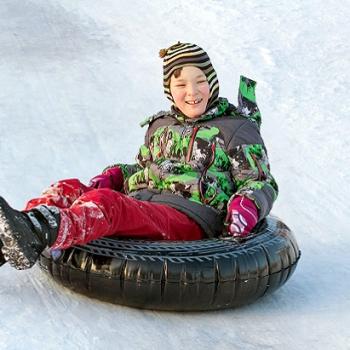