“Lord, I thank you that we were born in the BEST country in the world,” prayed the deacon at our church’s Thanksgiving meal.  This showed me that there’s a fine line between gratitude and arrogance, between thankfulness and superiority.  Why can’t we be grateful to be born into a GOOD country?  What makes America the BEST country, anyway?

These were things I wondered about, even before I moved to Canada.  Now with an immigrant’s perspective, I see things even more clearly.  Americans don’t need to be the BEST, because that means we see ourselves as superior to everyone else.  It means we look down our noses at the rest.  It also means fearing loss of status, because if you think you’re the best, you’re convinced that others are always trying to take something from you.  Being the best is a precarious platform to stand on—and really, it’s just a lie.

The American story begins with white superiority.  If the traditional Thanksgiving story actually happened, it marked the beginning of the end for Indigenous cultures in North America.  Like the Jewish people rebuilding the walls of Jerusalem with a masonry trowel in one hand and a sword in the other (Nehemiah 4), European colonists built the stockade around Jamestown in terror of the “savages” who “lurked” in the Virginia forest.  Soon, their little town grew beyond its wooden walls, and white pioneers began carving homesteads out of the “untamed” wilderness.

White people used words like those in quotation marks above to express their fear of the Other who lived beyond their borders. These were people who looked, lived, spoke and worshipped differently from them.  These words also communicated their perceived superiority over their Native neighbors.  To assuage their fears, they had to convince themselves that they were better.  By deciding they were superior, Europeans could justify their genocide against Native Americans.

White pastors preached the antisemitic doctrine of Supersessionism, or replacement theology—the idea that the Church is the new Israel.  Seeing itself as a Christian nation, (White) America viewed itself as called by God to be the light of the world.  After Supersessionism, the dogma of Manifest Destiny conveniently rationalized westward expansion and the rape, murder, mutilation, and destruction of indigenous cultures–all in the name of Christendom and White power.

If you’re a White Christian American, it’s convenient to see yourself as the Chosen People. You can justify whatever violence is necessary to accomplish your goals.  If God has called you to dominate the continent, you can justify the Trail of Tears, the massacre at Wounded Knee, the Bear River Massacre, and ripping children from their families to place them in boarding schools.  By the same rationale, you can create a whole economy built on human trafficking.

What Prevented Enslavement of Native Americans?

When Europeans first arrived on the continent, they enslaved the original Americans. But two things prevented the entire population from forced servitude.

Enslaved Africans who survived the Middle Passage lost their homes, families, languages, and tribal identities as victims of white supremacy.  White slaveowners forced preachers to admonish Black congregations to submit to their masters as the Bible told them to.  On the scarred backs of enslaved people, Caucasian Americans built their country.  They believed that as a “superior” race, they had a right to dominate other human beings. Because if you’re the best, you can do anything you want.

When my deacon prayed on Thanksgiving, he had no idea that his prayer was based on White Christian Nationalism. I don’t necessarily fault the deacon for his ignorance. His parents and grandparents instilled in him the arrogance he expressed in church.  But maybe he’ll read this article and learn.  And when you know better, you do better.

By painting ourselves as superior to others, we participate in White Christian Nationalism. By calling our country the “best,” we put the rest in a place of inferiority. When Americans see ourselves as the Chosen People, we justify violence and oppression against those we think are less than us.  There’s a fine line between gratitude and arrogance, between thankfulness and superiority.  I hope that this Thanksgiving you’ll balance your appreciation with humility.  Because without a humble heart, your expression of thanks can come across as arrogance and ascendancy. 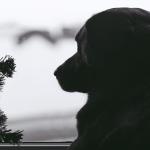 November 17, 2022
Singing the Blues: Depression and the Holidays
Next Post

November 26, 2022 It's Cyber Monday--How Are You Buying Christmas During Inflation?
Recent Comments
0 | Leave a Comment
Browse Our Archives
Related posts from Breathing Space 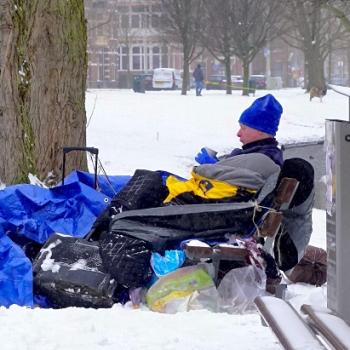 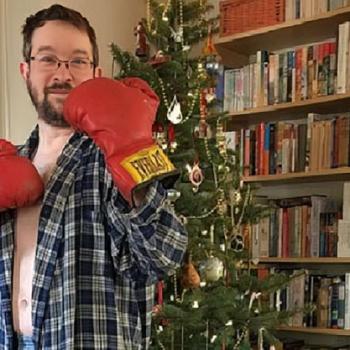 Progressive Christian
What is Boxing Day and How is It...
Breathing Space 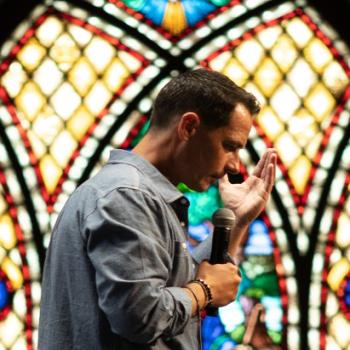